"I understand why some people might not understand Dylan's decision," 14-year-old Dylan Ligier's father says. "But it takes courage." 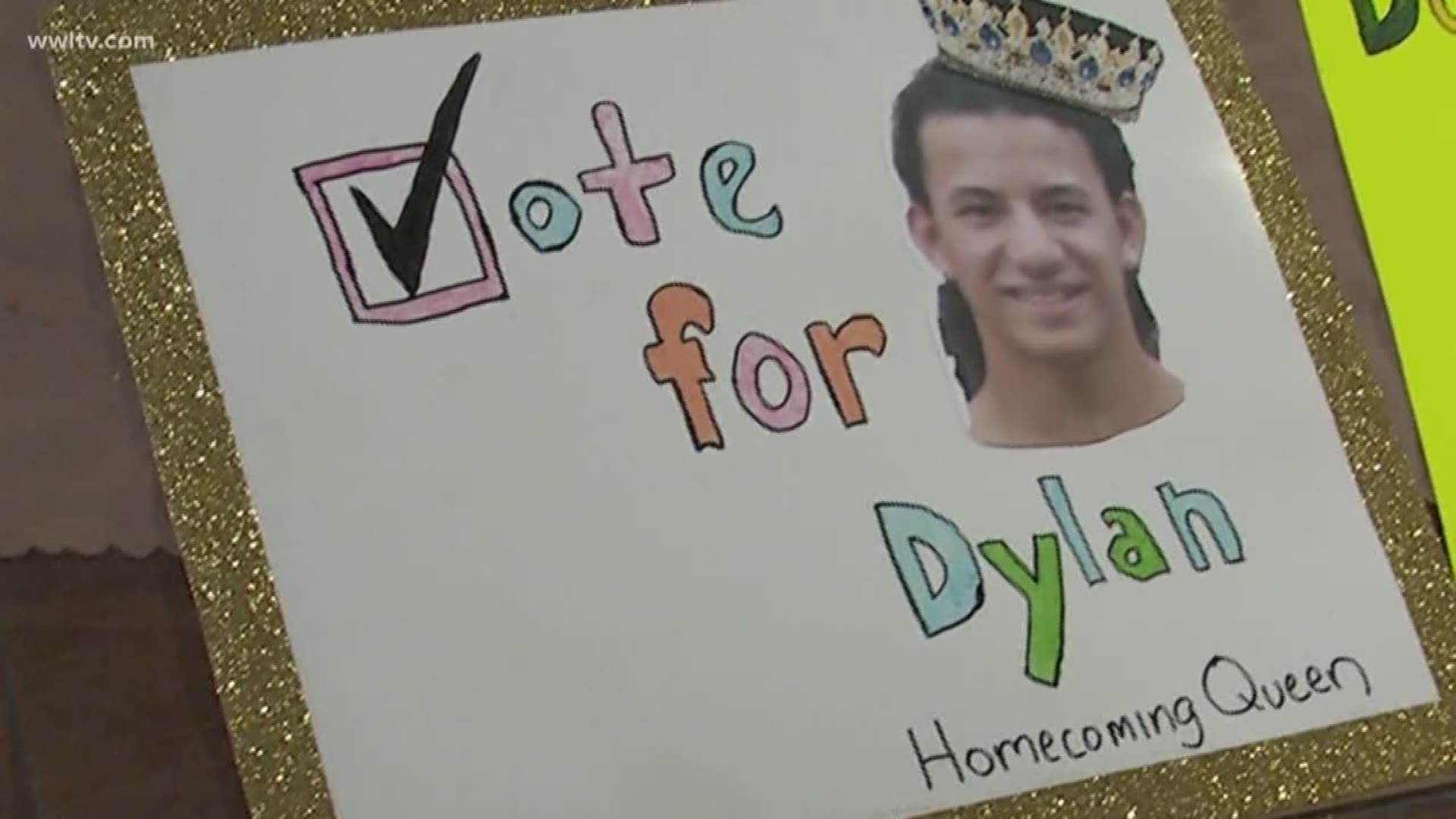 "I wanted to run for homecoming queen because I wanted to conquer my fear."

Dylan Ligier, 14, speaks these word after being chosen as New Orleans' first ever male-born homecoming queen on Friday, Nov. 2.

The Morris Jeff Community School freshman, who, according to his father Joseph Ligier, has had gender dysphoria since age 4, is making history - and he has no intentions of turning back.

"I've always felt like a girl on the inside," Dylan explained.

Joseph is incredibly proud of his son, who has gotten nothing but support from his school throughout the process.

"He had started transitioning a while ago, then stopped," Joseph says. "But he said, if he wins, he is going to use this to overcome his fear, and continue transitioning. I have always known, and he is still using the pronoun him. He's is so well-liked because he's so kind, and it's made it easier to be accepting."

So, with some glitter and colored markers Dylan got to work. And then last week the results came in- he had won.

"Everyone started cheering my name and people were hugging me, like everyone was hugging me, it was really cool," Dylan said.

Joseph points out that his son's school has been especially supportive and wants to recognize everyone that's stood behind them.

"I understand why some people might not understand Dylan's decision," he says. "But it takes courage."

Referencing the current political climate, Joseph acknowledges the potential problems that his son could encounter - but so far, people have been in his corner.

"Even though we are sitting here in a red state," he says, "the support we have gotten has been nothing but positive. A kid's world is a little smaller than the political climate we are facing as adults."

"You fear that they're gonna get bullied and picked on and that's the one thing I feared and it hasn't happened, he's been embraced with open arms," Joseph said.

The Morris administration said in a statement that it is proud the school is a safe place for students to express themselves and encourages children to be open-minded.

"Morris Jeff encourages all of our students to be open-minded to the views and ways of others - to be risk takers in their learning - and to understand that others who may be different from us may also be right. As an International Baccalaureate School, we prepare our students to be internationally minded, global thinkers and they do just that. We applaud this student's courage as a risk taker and we are proud that Morris Jeff is a safe place for students to express themselves," the statement read.

"I will proudly be there with my son and in support," he said.

And Dylan hopes he can inspire others to be true to themselves.

"We only have one life and so I think you should do what you want and get out there and beat your fears," Dylan said.

Morris Jeff doesn't have a football team so they have a homecoming for the basketball team. Dylan will be crowned queen this Friday.

Dylan's family has started a GoFundMe page to help Dylan get a dress, shoes and makeup for the homecoming celebration.