Addiction Matters: How a heroin user-turned-hero saved so many others, but not himself

“Addiction Matters. I take this so seriously because I know for me, all it takes is one wrong choice.” 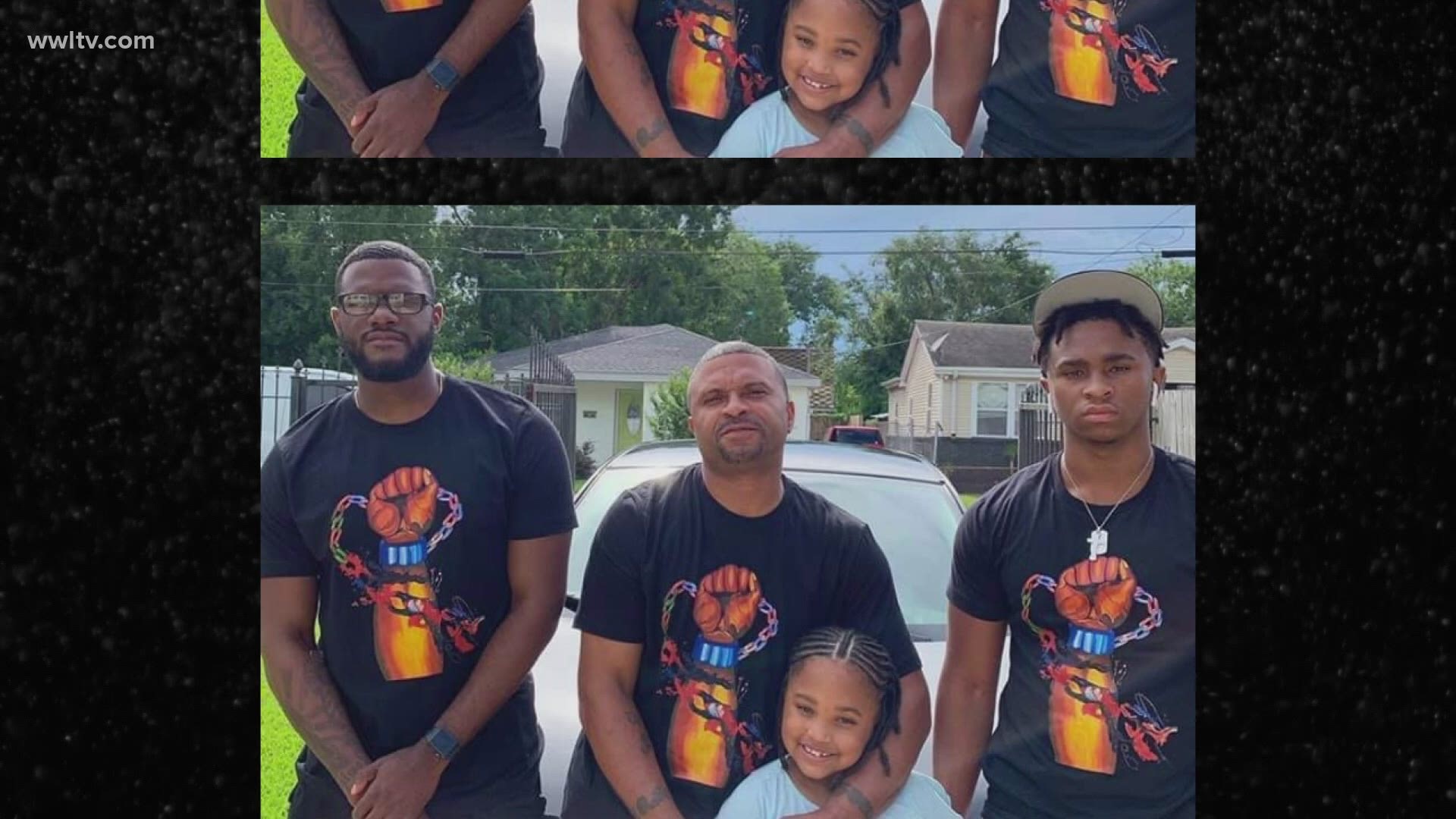 NEW ORLEANS, Louisiana — William Poole Jr. played many roles in his life: entrepreneur, drug counselor, community leader, but most of all, devoted husband and father.

William, known as “Slow Boogie” among friends, also was a heroin addict.

“My life consist of drugs and more drugs. Needles with heroin in it. I used to run it through my veins.”

Will careened from family life with his wife and three children in the Lower Ninth Ward to  homelessness, prison, and multiple near-death overdoses.

But he was no ordinary junkie.

Will shared his raw experience of addiction – sometimes relentlessly – with anyone he thought he could help. He counseled other addicts. He reached countless people across the country through social media.

As respect for his efforts grew along with his community profile, he spoke on panels with top law enforcement officials.

On his show, he fielded calls from childhood friends and online questions from strangers across the country. He could riff for hours on the dangers of addiction and messages of hope, sometimes in a free-style rap-rhyme.

“I would pray to the devil if he would help get me some dope…I'm out of control. I'm a bomb waiting to blast.”

Darlene, William’s wife, rode her husband’s unpredictable roller coaster through 20 years of marriage. She was attracted to his optimistic spark for life, a boundless energy that infused joy into the simplest things.

“He makes everything exciting,” she said. “He’ll make watering the grass seem like he took a trip around the world. People had no idea how big his dreams were.”

Earlier this year, after the pandemic hit, Will started a courier service. With his customized van, he delivered food to needy New Orleanians during the COVID shutdown. He brought supplies to hurricane victims in Lake Charles.

He was scheduled to make a delivery to Florida hurricane victims at the end of September.

He never made it.

“The devil, that disease of addiction, it had me by my feet, dragging me through the street.”

On September 27th, Will’s addiction cost him his life.

William Poole Jr., 46, was found in his van next to a New Orleans convenience store. Next to him was a daiquiri, one of his weaknesses. An empty syringe was on the floorboard.

“He always knew, at the bottom of that cup, there's going to be a needle,” she said.

Medical studies have shown that addicts can relapse over the slightest trigger, even a single sip of alcohol.

Darlene had been through the disappearing act many times before, each time fighting off slowly escalating panic to locate him. Sometimes, she’d find him at the house of an acquaintance. Or a homeless shelter. Or jail. Or a hospital. Sometimes, he’d call out of the blue as if nothing happened, fully recovered after a black-out heroin binge.

This time, there was no call. So she called around, starting with the local hospitals. She found him at University Medical Center on life support. Even though he had been revived by the antidote Narcan several times in the past, this time it was too late. His heart had stopped for too long.

“Just disbelief. Like no, no, this can't be happening,” she said. “Everything was going so good. But that’s exactly the time when you can’t let your guard down.”

As Darlene notified family and friends, the outpouring of grief multiplied by the hour.

Renee Dugue, a New Orleanian who lives in Houston, was counseled by Will when she reached out on Facebook seeking help for her addiction. Not only did Will respond, he talked to her on the phone every single day through 40 days of healing.

Suddenly, he was gone. Dugue said she was crushed when she heard the tragic news.

“The sobbing. The pain. Because I felt, there was a level of guilt,” she said. “I was a wreck, as I know everyone was. Because he was so strong for all of us.”

Dugue had only met him once, when he traveled to Houston to celebrate her recovery. Yet a week after he died, Dugue honored Will with her own permanent memorial: a tattoo across her forearm that says, “Willpower.”

“I became part of the Addiction Matters family,” she said.

New Orleans Criminal Court Judge Franz Ziblich said all he could do is shake his head.

Ziblich presided over the case that ended in Will's conviction for possession of heroin. He accepted Will into his drug court program, which enables non-violent drug users to avoid jail time through a rigorous series of drug tests, counseling, check-ins and other court-ordered conditions.

Credit: WWL-TV
Poole spent his life trying to help people rid themselves of addiction. At the end, he wasn't able to help himself.

“Like many people who are just starting in drug court, he slipped, he fell, he lied, he was in denial,” Ziblich recalled.

But over time, the judge saw a spark in Will. He said he saw a brutal honesty and charisma that led others to gravitate toward him.

“It was amazing to me, there was some sort of metamorphosis at some point in time with William,” he said. “When I did the eulogy for his funeral, I described him as a magnet. He walked in a room, people wanted to be with him. People wanted to be like him,” Ziblich said.

“Addiction Matters. I take this so serious because I know for me, all it takes is one wrong choice.”

“What we're doing is trying to change the drug epidemic. As I look forward and I see these children right here, this is our future. This is what I'm fighting for.”

Former U.S. Attorney Kenneth Polite met Will when he was the top federal prosecutor in the city.

He was a guest on the “Addiction Matters’ radio show and served with Will on public panels to raise awareness about addiction. They clicked, like so many others who came into Will’s orbit.

“I know chiefs of police that were guests, the head of FBI, the head of DEA, a number of community activists,” Polite said “We were all guest on that on that show. It just showed the power of his personality.”

Polite said they talked frequently, even after Polite moved away, even during the dark days when Will would call from a rehab clinic or jail.

People look at Will's final days, his final hours, and ask what if? What if I reached out? Called? Checked up?

“Many nights I've cried. Gotten on my knees. Begging God, please take this addiction away from me.”

Darlene looks back at 20 years of heaven and hell, celebrations and regrets. But in the end, she said she wouldn't trade her experience for anything.

“I wouldn't change it,” she said, holding back tears. “Because that's what made me who I am today.”

A proud Ehret High School graduate, nothing made Will proud than cheering on his namesake son William Poole III, a senior wide receiver at the school. He posted updates as his son prepared to get back on the Ehret football field this season after a knee injury kept him out for 18 months.

“He was hyped up, ready for me to get back,” said Little Will, as his family calls him. “Couldn't wait to see me back on that field.”

On Little Will's first play back in action, he scored a dramatic touchdown. But instead of looking for his father in the stands like he normally would, Will pointed to the heavens. A simple gesture in tribute to a father taken away.

“He had big goals. He had big dreams for the family,” Will said. “Now I have to finish it.”

“Today my thoughts are more clear. To God I'm more near. I have no fear. Despite what happened in 2020, this is my year.”

William Poole Jr. did not survive the year that has been so difficult for so many. Living in the clutches of addiction since he was a teenager, some believe it’s a miracle he lived as long as he did.

But Darlene said the real miracle is how much her husband accomplished despite his own struggles. How many fellow addicts he reached and helped. How many people he inspired, from all walks of life.

“He was the perfect man. Despite his addiction, he was perfect.”

For anyone who would like to see and hear William Poole Jr.’s radio shows and other testimonials, they are available on his Facebook page: “Addiction Matters 412.” The number represents April 12th, a date four years ago when he embraced sobriety and launched his outreach program. Before his recent relapse, Will had been clean for nine months.