7.5-foot alligator spotted hiding in the weeds in Lusby, Maryland on Father's Day

William Adams was kayaking with his 14-year-old son when they first spotted the gator, and started worrying about kids and small pets in the neighborhood. 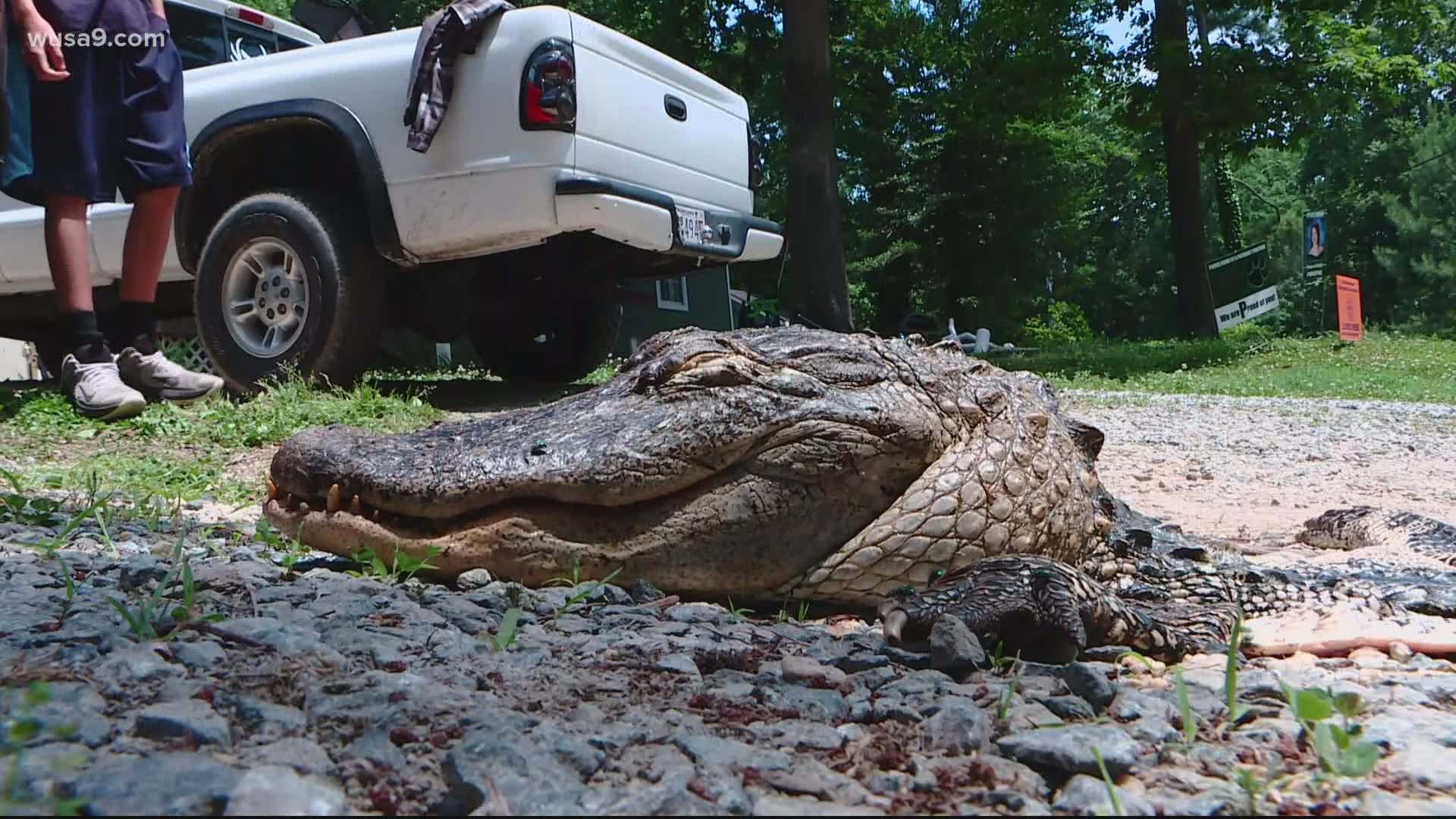 LUSBY, Md. — What started as a simple Father's Day fishing trip on the Chesapeake Bay ended in a surprising kill for a father-son duo.

William Adams and his 14-year-old son, Jake Adams, caught and killed a 7-foot-6-inch American alligator Sunday afternoon, after first spotting the gator several weeks ago while kayaking on their favorite pond just off the Chesapeake in Southern Maryland.

But later the pair started worrying about the safety of kids and small pets in the neighborhood, with the alligator still on the loose. On Father's Day, William and Jake baited a few hooks and went back to the water. They found the gator hiding in some weeds and shot it with a crossbow.

Jack Cover, a curator for the National Aquarium, said alligators in the Chesapeake Bay are not a natural occurrence, but said they wouldn't survive Maryland winters.

"[That's] probably not something we have to have on our worry list," Cover said.

William Adams said he suspects the gator was someone's pet that either escaped or was let go.

"I found something online that said it was there for at least six years," he said.

The alligator, later identified as a female, had a belly full of carp. William Adams said he's looking for a taxidermist to mount the head and hide.