The green anoles have existed in North America for 6 million years, but the brown species was recently introduced through trade. 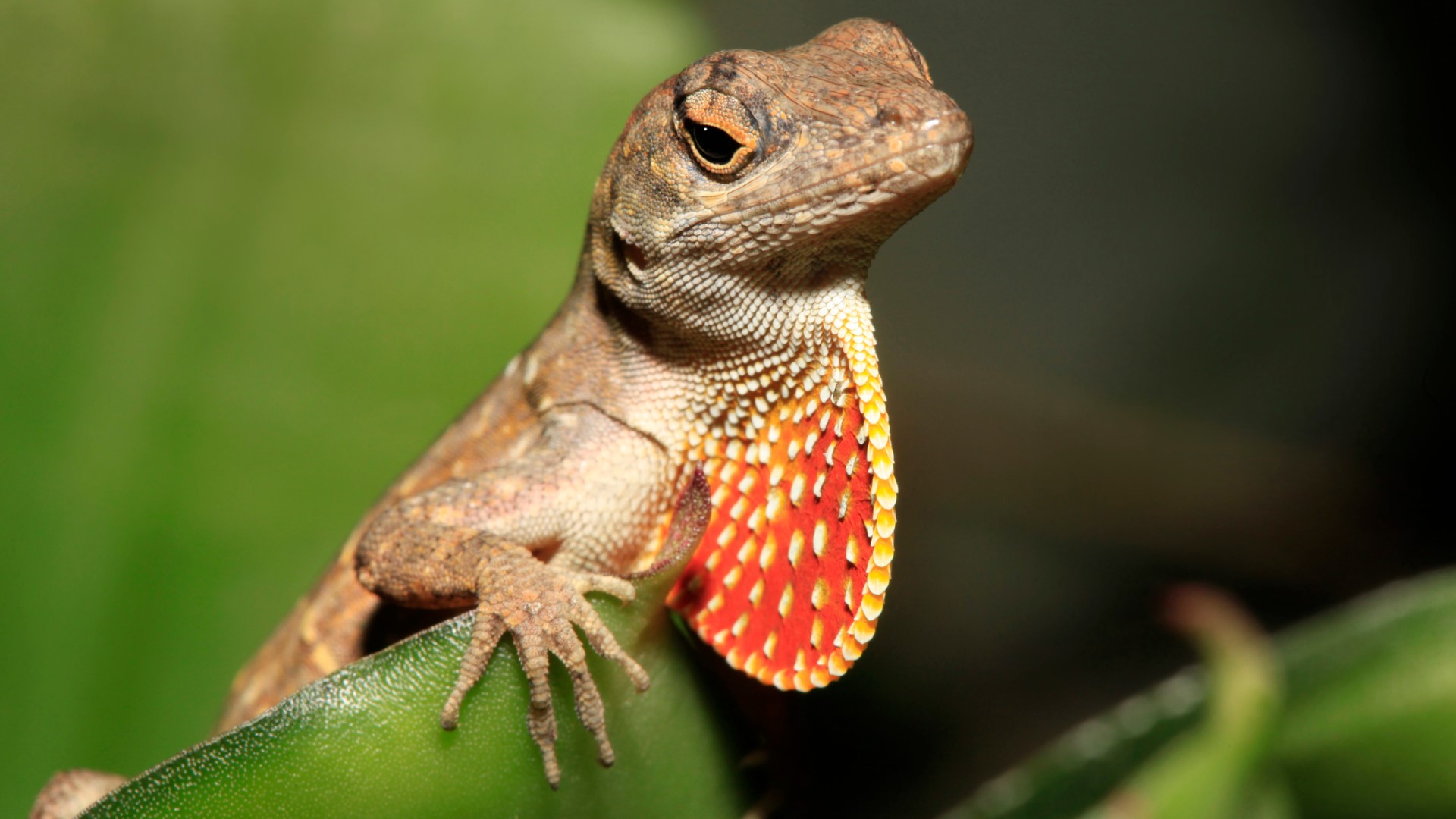 NEW ORLEANS — During the summer months of Southeast Louisiana, lizards hiding in bushes can make walking an obstacle course. But some residents have noticed that the common lizards are looking a bit different.

"We're out catching greens, and suddenly the greens are not that common," said Simon Lailvaux, a professor of biology at the University of New Orleans. We met with him in Uptown where he was catching lizards to study their genetics.

As some say they are finding it harder to spot the common green lizards, others report seeing "weird" brown lizards in places like St. Charles Parish.

“I’ve grown up in St Charles Parish and this is the first year that I’ve seen such an exotic looking animal (aside from an alligator) in my yard,” one resident told the St. Charles Herald-Guide.

Lailvaux says that the brown anoles should not be much bigger than the green species, but they have different features.

"The males are much stouter. They're much more robust than the greens. Their heads are also much shorter," Lailvaux said.

Lailvaux explains the green anoles have existed in North America for 6 million years, but the brown species was recently introduced through trade. Experts say they've been coming into the area through Florida for several decades.

"Sometimes you'll find the animals or the eggs of the animals brought in on plants," Lailvaux said.

While some residents worry that the native species is being driven out, Lailvaux says they're being "driven up."

"When browns are present, [the green anoles] contract their range and move high up in the trees," Lailvaux said.

But Lailvaux adds that there has also been an increase in the brown anole population.

"Twenty-five degrees to this animal is too cold for it. What's been happening is the longer they've been here, the more exposed to the cold, the more they're able to adapt to it," Lailvaux said.

The brown anole also lays more eggs and has a longer breeding season that lasts from February to October.

Lailvaux adds that the brown anoles are probably here to stay in Southeast Louisiana. For now, he says there's nothing that can be done to reduce the brown lizards, but the green ones aren't disappearing. You will just have to look for them in higher places.

WWL-TV reporter Jacqueline Quynh can be reached at jquynh@wwltv.com;