By Monday night, cards and donations totaling nearly $15,000 poured in for the dachshund-chihuahua mix. 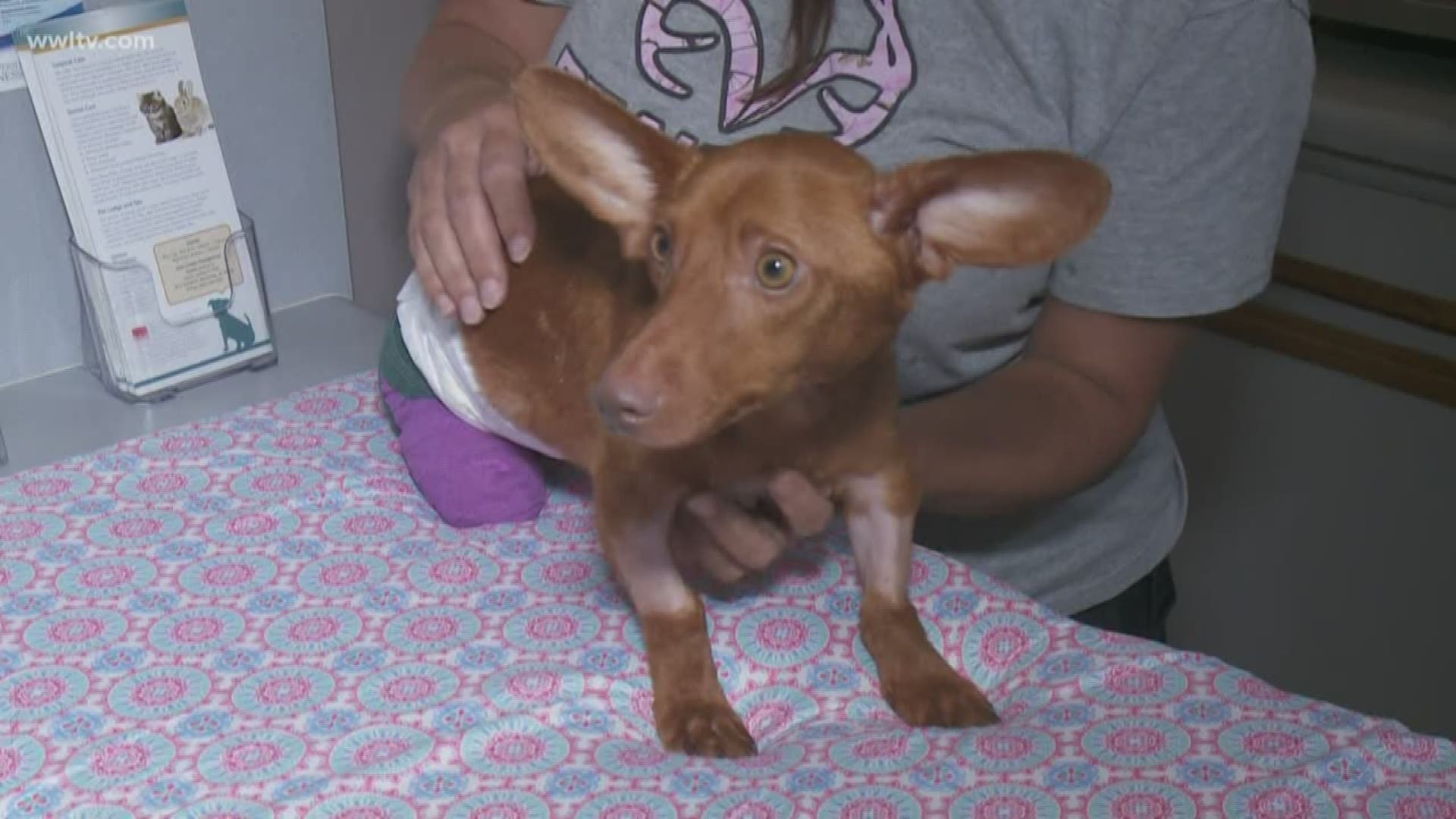 NEW ORLEANS — Three people were arrested in connection with a brutal case of animal abuse.

We first told you about a dog that was found last week in Slidell with it's hind legs brutally amputated. The rescue group that took him in was calling for justice.

After we ran the story on 'Buddy,' you responded. By Monday night, cards and donations totaling nearly $15,000 poured in for the dachshund-chihuahua mix.

The women of Dante's Hope Rescue East, who rescued Buddy after a horrific case of abuse, said they were relieved that police made arrets. Buddy was found in a Slidell trailer park near Highway 11 with his hind legs brutally removed.

"I would guess it might be a saw. I mean, maybe a hack saw, maybe some kind of a blade," speculated Veterinarian Dr. Lee Capone of Lakeshore Veterinary Hospital in Mandeville.

St. Tammany sheriff's detectives arrested three people in connection with the crime; two of them are only 17-years-old. Detectives say Buddy was shot back in February.

RELATED: Mother, daughter arrested after dog found with legs cut off in Slidell

They are still looking for the person who did that. The Slidell owners of the dog, a 50-year-old woman and her 17-year-old daughter, say that's when Buddy became paralyzed, so they bandaged his hind legs. They claim his legs fell off because the bandage was too tight. But veterinarians say that is not what happened.

"This little dog was being watched by the grace of God, in my opinion, because I don't understand how you could cut through muscle and skin. You're going to get bleeding, and they are lucky they didn't get any major veins," explained Dr. Capone.

The women with Dante's Hope Rescue East are happy Buddy is getting justice.

"There's so much animal abuse here in St. Tammany and if we can just bring awareness to it," said Gina Derouen, who has rescued many abused animals and runs Dante's Hope Rescue East.

They group has taken in more abuse cases since Buddy.

"We took in a couple of dogs on Friday that both had major surgeries, a 90-pound Cane Corso that had a leg amputated, and another dog that was abandoned and living at a gas station and got hit by a car there," said Renee Purdy of Dante's Hope Rescue East.

Both women are calling for the state to enact tougher penalties for animal cruelty.

Your donations will go to the surgeries on what's left of Buddy's amputated limbs, and his tail. Anything left over will go to a wheelchair for him and those other cases of abuse.

If you have information on who may have shot Buddy call the St. Tammany Parish Sheriff's Office at 985-898-2338.

If you'd like to donate, you can give directly to the veterinarian clinic in Mandeville here:

For updates on Buddy by Dante's Hope: