Are you drooling yet? Talk about comfort food. 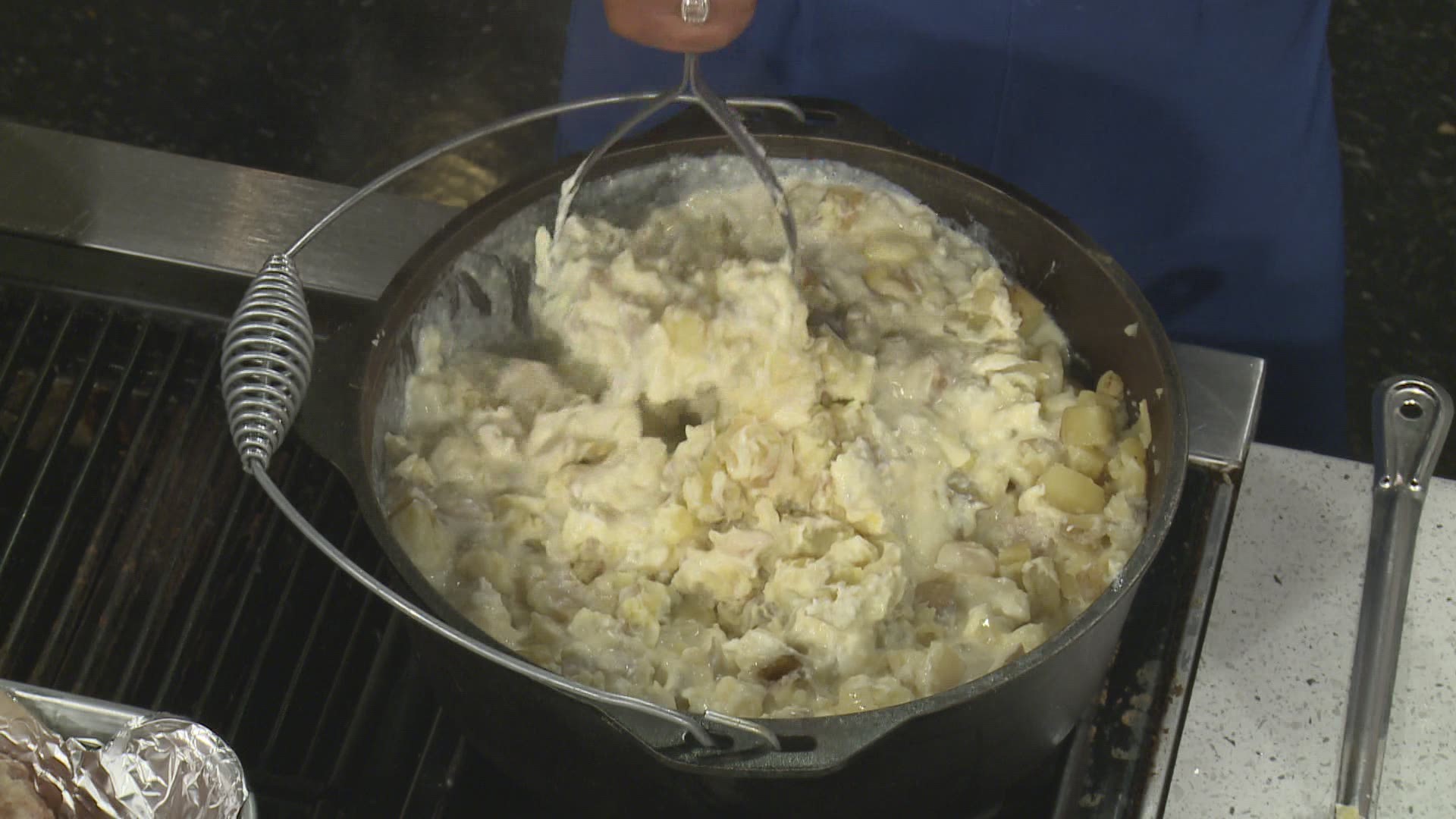 In a large bowl, combine all the patty ingredients except for the flour and olive oil. Mix well.

Shape into 4 to 6 hamburger patties all the same size.

In the flour you set aside, dip each patty so both sides are coated.

In a large, deep skillet on medium heat, heat the olive oil and place each of the patties in the pan.

Cook until browned on both sides, remove and set aside. Reserve pan drippings for the gravy.

In the pan with the drippings, add sliced onion, cook over medium heat until lightly caramelized, stirring often.

Pour this mixture into the skillet with the onions and stir constantly until the mixture thickens.

Return cooked hamburger steaks to the skillet flipping to coat each side with gravy. Make sure the gravy is absorbed on both sides.

Add sliced mushrooms and reduce heat to a low simmer.

Cook, covered for about 20 minutes being sure to flip burgers to keep them coated in gravy.

Bring the chicken stock to a boil in a large pot over high heat.

Cut the potatoes into 1 inch cubes or chunks. Place the potatoes chunks and garlic cloves into the boiling chicken broth and boil until potatoes are tender, about 15 minutes.

Strain the potatoes from the broth and put the cooked potatoes and garlic into a large mixing bowl.

Add in the butter, cream cheese, heavy cream or milk, Creole seasoning, and salt. Use a masher to mash the potatoes and other ingredients until everything is melted, combined, and completely mashed.