Man says he found a lizard in his Starbucks drink

The man's wife said after he quickly drank his cold brew when he found the extra, unwanted ingredient. 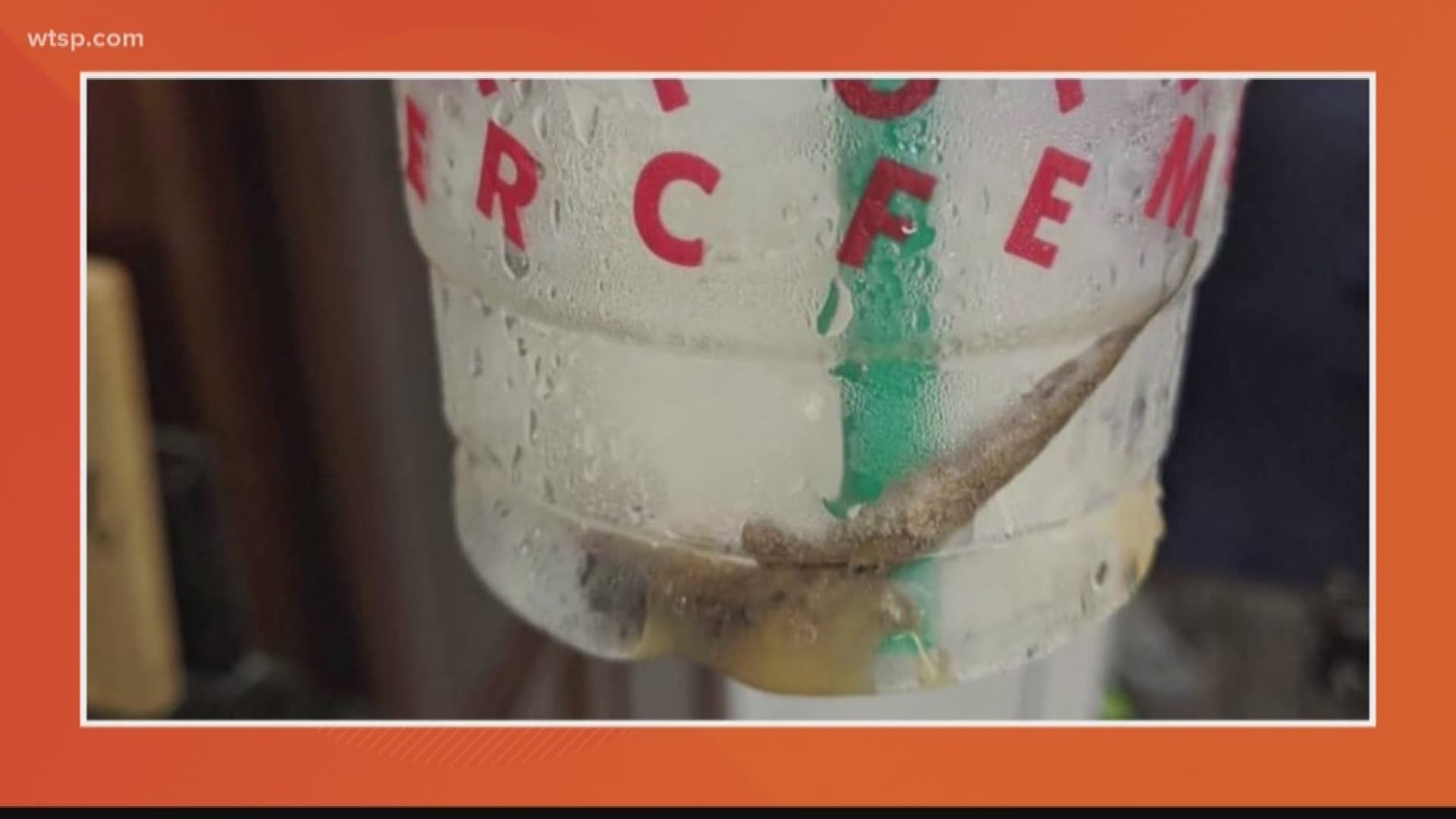 HONOLULU — A man in Hawaii said he found an unexpected extra ingredient in his Starbucks order after he finished his cold brew.

His wife and he went through the Starbucks drive-thru and ordered their two drinks, according to Hawaii News Now. The man quickly drank his and found a lizard ay the bottom of the cup.

The man’s wife told Hawaii News Now her husband made himself throw up immediately because he knew how bad the bacteria lizards carry can be.

Starbucks said it is looking into the situation. They said the store where this happened had no reports of pest or animal activity.

"We are actively investigating this matter and are working with the customer to make things right," a Starbucks spokesperson said told 10News.

The woman posted about her husband’s situation to give other customers a heads-up, according to New York Daily News.

Editor's note: This story has been updated to reflect a response from Starbucks.