Dyer and his partner Alec Wilder are the first to admit this place is a lot different than just a bar or simply a restaurant. That's the whole idea behind Vessel. 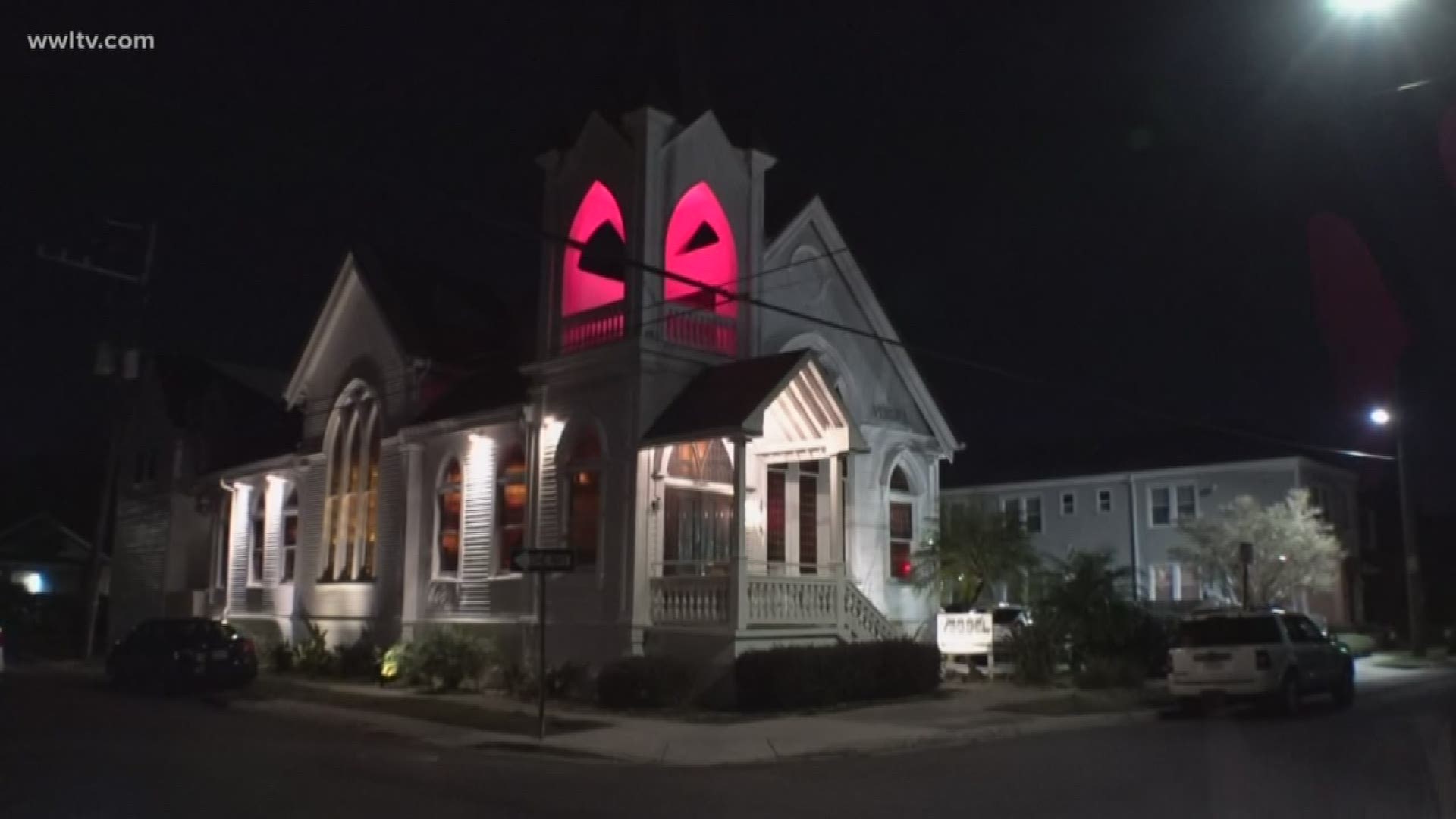 NEW ORLEANS — Restaurant Vessel is a unique place. The building is a historic Lutheran church built in 1914 that has been home to three restaurants. It first came on the scene years before Katrina as Christian's. After the storm, it sat empty until new owners opened another restaurant there called Redemption.

Three years ago, it was reborn as Vessel by the people who own a popular craft beer bar, The Bulldog.

"One of the challenges we're always facing at the Bulldog is basically a craft beer bar, so you have all our draft taps behind the bar but we have limited space to do top-notch, A-plus cocktails, so I wanted a place where we could do quality cocktails served with great food and this came along and we wanted to take this to complement the things Bulldog offered in draft beer," said owner Eddie Dyer.

Dyer and his partner Alec Wilder are the first to admit this place is a lot different than just a bar or simply a restaurant. That's the whole idea behind Vessel.

"For the last several years, before we opened Vessel, he (Dyer) said, 'I'd like to do a craft cocktail place,' and once somebody says something to me, I run with it," Wilder said.

Wilder said he started looking for an unusual place for a restaurant and contacted a real estate broker in town and told him exactly what he wanted.

"I said to him, 'I had a vision, a premonition that there could be an unusual building that was used for something else, it could be a restaurant, a bar. Do you know of anything?' And he said, 'Are you a mind reader?' And I said, 'I think I am, actually.' He said, 'I just left a friend of mine who has a restaurant in a former church and she may want to sell it one day.'"

They bought Redemption restaurant sight unseen.  Dyer, who grew up here, was familiar with the building when it was Christian's, but Wilder had never been there.  Then it was time to make this place their own.

"Redemption and Christian's had basically the same layout. When we took over, there was a small bar in the corner. My vision was to have a very strong craft cocktail component, it was going to be as much of a craft cocktail venue as a restaurant, so we needed to incorporate a bar," Dyer said.

"The challenge we had was we needed a large bar and part of having a large bar is having an efficient bar, with a place for the bottles and storage and that means a back bar. And the problem with that is we have these windows that are architecturally significant to the building."

"The biggest change is really the incorporation of a long bar on the side because that is a big focal point. And we also wanted an environment….before, it was a dining venue and it's a dining venue now but it's also a social venue," Dyer said.

The renovation was a big project. Wilder says they gutted the entire building and to keep the integrity of the church architecture, they built the bar to complement the windows - making them the focal point.   And their design work here, which they did all themselves, has turned out to be quite a showcase.

"The most amazing thing is we've been published countless times, recognized, Architectural Digest twice in the last year. Southern Living, twice in three months, Vogue, Elle Décor, international publications. We don't consider ourselves designers but I guess by default we are," Wilder said.

And then there's the food, which is a big part of making Vessel a success.

"Our food is pure. One of the things we stress is to use local ingredients. And I would call it new American food with a lot of New Orleans influences from the city. Our chef Amandalynn Picolo is amazing," Wilder said.

The kitchen here is pretty much her domain.

"For the most part, I get to decide what we have on the menu and I have a simple but seasonal palate," she said.

"Things that will run all year like shrimp, you can get all year here in New Orleans, so that's something I'm going to always have on the menu, and I'll do holiday-style stuff. We're going to put a lamb shank on the menu this week with a chick pea puree and goat cheese and roasted eggplant. Now that it's starting to get colder, we're going to put heartier things. In the summer, we'll put lighter fare and of course the owners have their say too."

And if you're wondering about the name that seems to be in line with the previous names of this place: Christian's, then Redemption and now Vessel, it actually had nothing to do with being in a church.

"I had picked out the name before we even got the building," Dyer said. "Getting back to The Bulldog, my frustration was that each type of beer, wine, cocktail, has a special glass. There's a reason Champagne is served in a Champagne flute."

"At The Bulldog we do higher volume, so most things are served in a pint glass, it's very hard to control your glass, they'll break easily, so I wanted where we could serve the proper drink in a proper glass and really do it at an A-plus level, so I came up with the name Vessel to have the connotation of the proper glass. But then the church came along, I'm like 'Wow, this is good. We have the holy vessel connotation here,'" Dyer said.

"And when we pulled up, original stained glass, there's a V," Wilder said.

And that's when they realized maybe this place was meant to be.