What you need to know about plant-based burgers

The meat alternative are popping at restaurants and in store freezers. Here's how they compare the real thing. 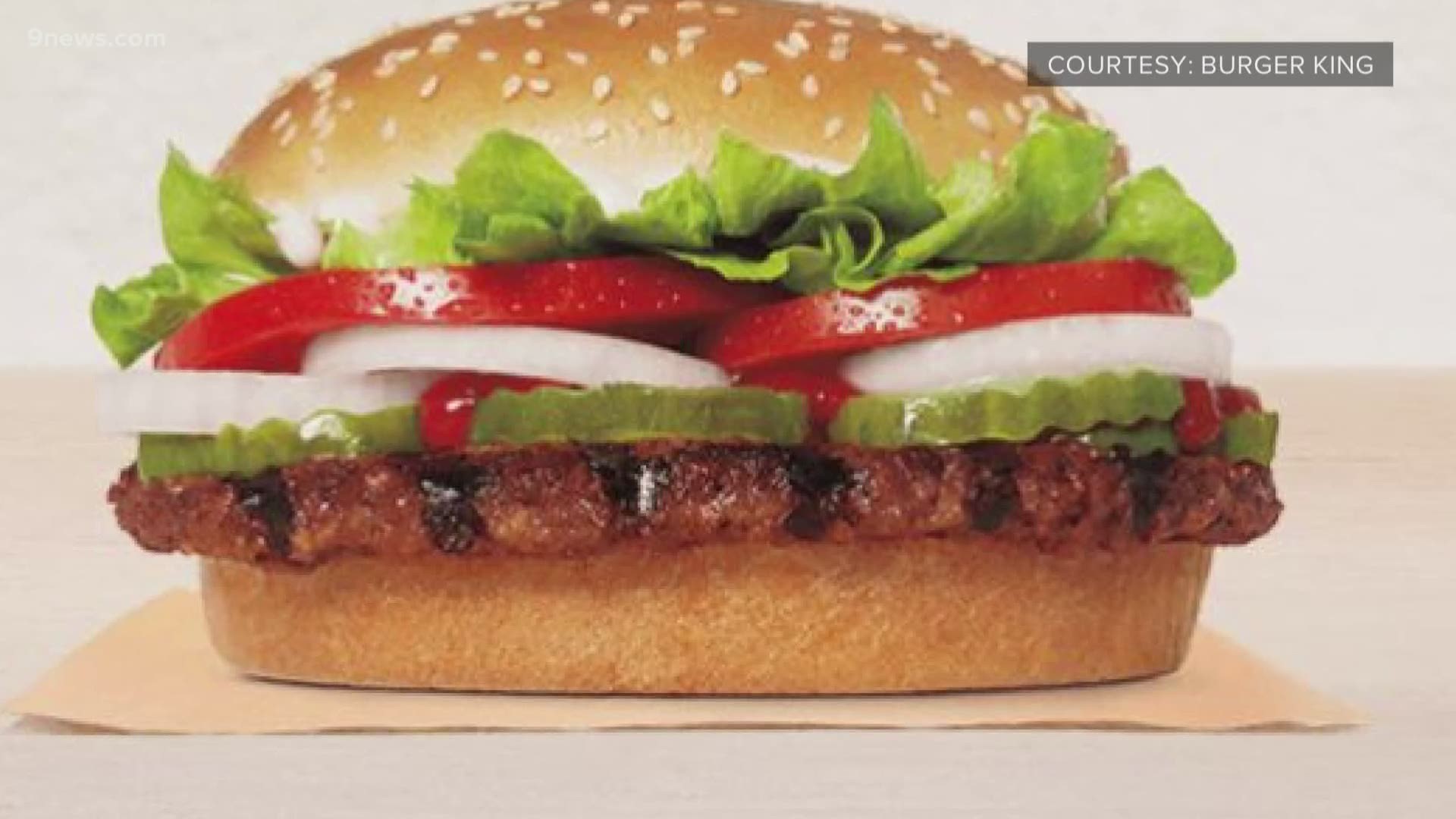 DENVER — Current data shows that COVID-19 is impacting yet another area of our lives – our access to red meat. The meat shortage, however, may not be such a bad thing.

For starters, the data on regular meat consumption (>3 servings a week) show that an increased risk of heart disease, certain cancers, and mortality can go up when excess meat is consumed.

Additionally, it may force us to try new forms of protein we had not considered before the shortage occurred. The question is, is it better to eat the real thing (along with some of the potential negative consequences) or should we choose the options that are not real meat but are intended to mimic it.

The two main players in the meatless burger game are Impossible Burger and Beyond Meat.

RELATED: Beyond the burger: Alternatives to meat

Both Beyond Meat and Impossible Burger provide about the same amount of protein (20g per 4 ounce serving) which is the same as meat but it’s the way they derive protein that differs.

Beyond Meat has pea and mung bean protein while Impossible Burger uses soy. Both are gluten-free and free of dairy and nuts as well but for individuals sensitive to soy, the Impossible burger would not be a good option.

Both Beyond Meat and Impossible burger detail the safety of their products on their website. Additionally, both are considered GRAS (generally regarded as safe) foods by the FDA.

Are they healthier than real meat?

While the saturated fat in the meatless version is lower than in traditional red meat, they do have some additional additives like sodium for example that consequently cause the product version to have a lot more ingredient than the real thing.

However, they also allow you to have the meat taste, and feel, without the added baggage of adverse health consequences. Because the two producers are relatively new, we will need more data, and years on the market to truly assess their impact on the health of the environment. I tell my patients that they are probably a great choice to have in place of meat in a moderate manner.

Where do get plant-based meat for your home?

Both Beyond Meat and Impossible burger can be bought at local area stores like King Soopers and Safeway. They also can be found in many restaurants and fast-food eateries.