Ready for King Cake? So are New Orleans bakeries

For the second year, you can find some of the most popular king cakes from different bakeries all in one place right off Canal St. 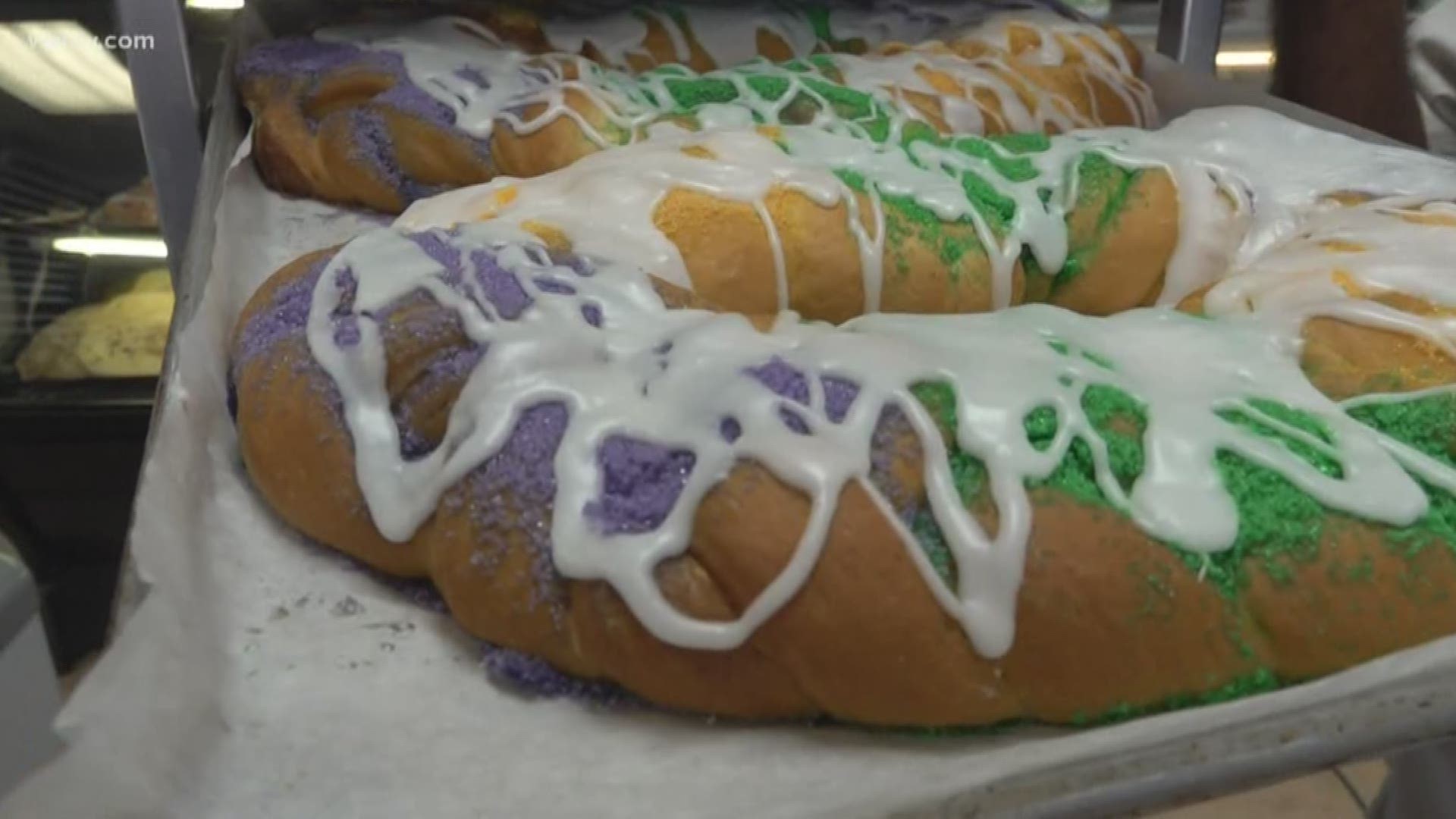 NEW ORLEANS — This upcoming Monday is Twelfth Night, which means the official start to Carnival Season. Bakeries across south Louisiana are already preparing for a high demand for king cakes.

"When it's king cake season it's all hands on deck," said Jackie-Sue Scelfo, Owner of Gambino's in Metairie.

Donald Horton is a baker at Gambinos in Metairie. If you ask him, there isn't a better king cake in town.

"I know it's the best," he laughed as he worked on a fresh batch of king cakes.

Gambino's will sell about 100,000 king cakes during carnival season according to Scelfo.

Many bakeries including Gambino's and Adrian's Bakery hire extra help.

"It's like bam! Bam! Bam!" said Adrian Darby who opened Adrian's Bakery in 2000. "A fine product I guarantee you."

His king cakes are made with a little extra love.

"If you come here you get a fresh king cake, you get a king cake that tastes good, and you get my love," he said.

Some bakeries like Bywater Bakery wait until Twelfth Night to sell king cakes. Some, like Manny Randazzo's, begin selling the weekend before. Gambino's sells year round, while Adrian's Bakery begins selling around Christmas.

For the second year, you can find some of the most popular king cakes from different bakeries all in one place. The Mortuary Haunted House turns into King Cake Hub during carnival season.

"Basically its a pop up," said King Cake Hub owner Will Samuels.

King Cake Hub will have 50 varieties from 12 bakeries available right off Canal.

"You get all that in one central location right in the heart of town," Samuels said.

It's a fresh, tasty tradition that will soon fill up every bake shop in the city.

King Cake Hub will have a carnival kickoff from 8 to 10 Monday morning. That night, there are several celebrations in New Orleans to continue the kick off to carnival season.