Chef Kevin Belton breaks away from Louisiana cooking to do something different for National Herbs and Spices Day. 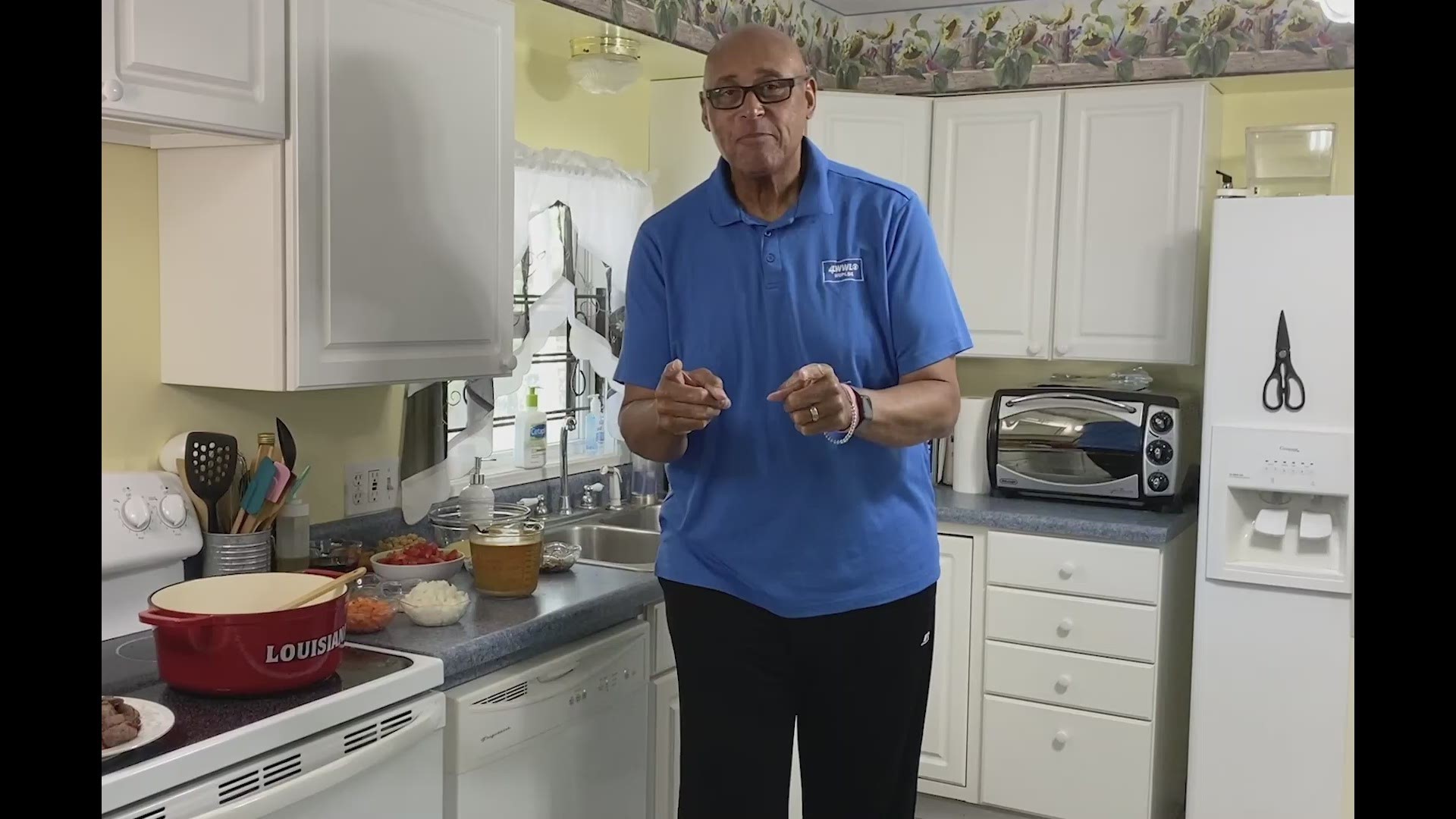 Cut the tomatoes into a small dice. Set aside.

Add two tablespoons olive oil to the dutch oven and warm over medium-high heat. Sprinkle the stew meat generously with kosher salt and ground black pepper. Add to the pot and cook, turning occasionally, until nicely browned on all sides, about 10 minutes. When done, use a slotted spoon to remove to a plate and set aside.

Reduce the heat to medium and add the onion, carrots, garlic, ginger, cumin, turmeric, and cinnamon sticks to the pot. Stir to combine and cook, stirring occasionally, until the onion is softened and golden brown, about 5 minutes.

Add the beef back to the pot and stir in the wine. Increase the heat to bring to a simmer and cook for about 3 minutes to let some of the alcohol cook off. Add the tomatoes, 4 cups chicken stock, 1/2 cup chopped parsley, and 1/2 cup of chopped cilantro. Bring to a simmer again, cover, and let simmer lightly for about 1 1/2 hours, until the beef is just tender.

Add the apricots and honey to the pot, and cook covered for another 30 minutes, until then beef is meltingly tender. Scoop out the cinnamon sticks and discard. Stir in the chickpeas, and season the tagine to taste with salt and pepper.

While the tagine is in its last 30 minutes of cooking, prep the couscous. Put the dried couscous in a heatproof bowl. Place the other 4 cups of chicken stock in a saucepan and bring to a boil. Turn off the heat and pour the broth over the couscous. Cover with a plate or lid or foil and let the couscous absorb the liquid for about 30 minutes. Remove the lid, fluff with a fork and stir in the almonds and 2 tablespoons chopped parsley.

To serve, spoon some couscous into a bowl and ladle a few scoops of tagine on top. Sprinkle with chopped cilantro for garnish.