It's almost time for the best zucchini to hit grocery stores! So let's take advantage of that great produce with this crispy zucchini casserole. 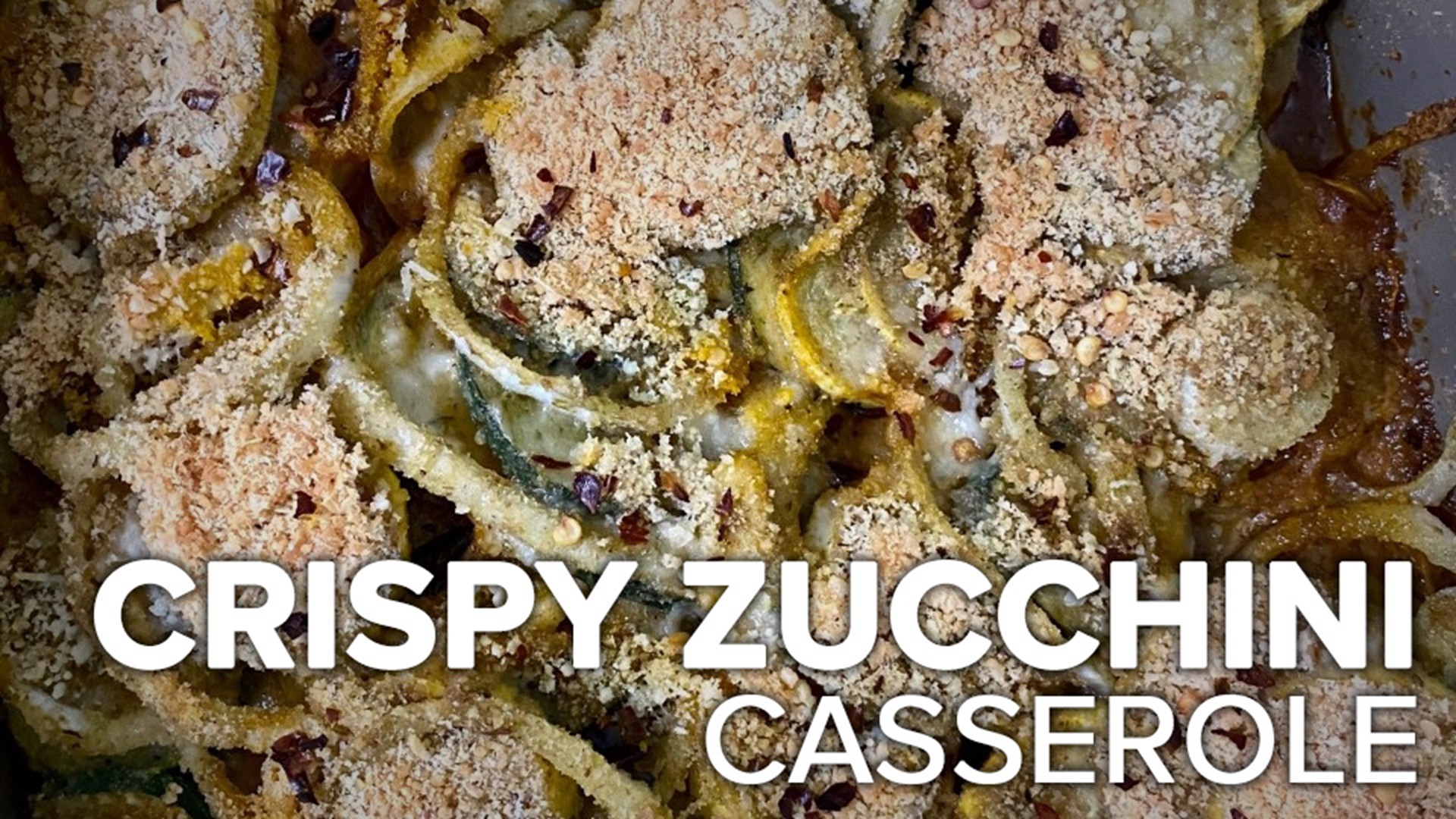 Preheat oven to 375 degrees and brush the bottom of a 9x12-baking dish with olive oil.

Set the sliced squash on a kitchen towel to drain some of the excess moisture while you prep everything else.

In a large bowl, toss the zucchini, squash, onion and garlic with the pesto. And season with Creole seasoning

Layer the baking dish with the marinara sauce, followed by the zucchini mixture. Spread the zucchini into one even layer.

Sprinkle the top with the panko, Parmesan, a drizzle of olive oil, and pinches of red pepper flakes. Bake until the zucchini is tender (but not mushy) and the top is crispy and lightly browned - about 25 minutes. I like to turn my broiler on for the last few minutes to help the topping become browned and crisp.

Remove from oven and let it cool 20 minutes before slicing.