You've probably made banana bread before, but what about Apple Fritter Bread? It's simple, delicious and might just be your new favorite sweet treat! 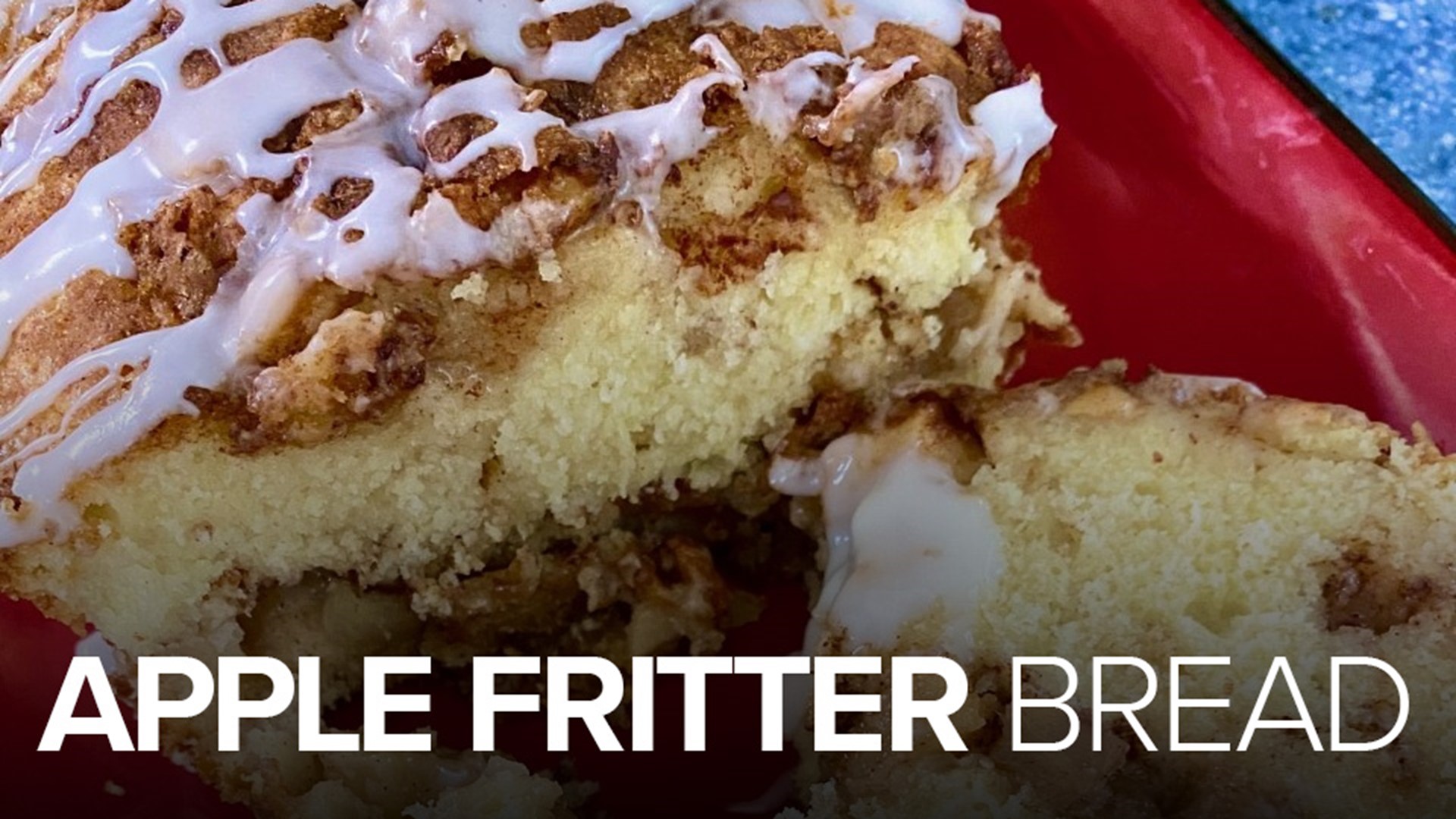 2 large apples any kind, peeled and chopped small, but not fine. Then toss apples with 2 tablespoons granulated sugar and 1 teaspoon cinnamon just before adding it to the bread mixture.

Mix brown sugar and cinnamon together in a bowl. Set aside.

Combine and whisk flour and baking powder together in another bowl and set aside.

In another medium-sized bowl, beat sugar and butter together using an electric mixer until smooth and creamy.

Beat in eggs, one at a time until blended in; add in vanilla and mix in.

Add the flour mixture into creamed butter mixture and mix until blended.

Mix milk into batter and continue mixing until smooth.

Pour half the batter into the prepared loaf pan; add half the chopped apple mixture with the sugar and cinnamon added in.

Sprinkle ½ of the brown sugar/cinnamon mixture on top of apple layer.

Bake in the preheated oven until a toothpick inserted in the center of the loaf comes out clean, approximately 60 minutes.

Mix powdered sugar and 1 to 3 tablespoons milk or cream together until well mixed.

Let loaf rest in pan for about 15 minutes before removing from pan to let cool off completely on a cooling rack. Drizzle with glaze.

For more glaze, make a double the batch.