It's National Sour Dough Day! And nothing goes better with a crusty slice of sourdough toast than onion soup! 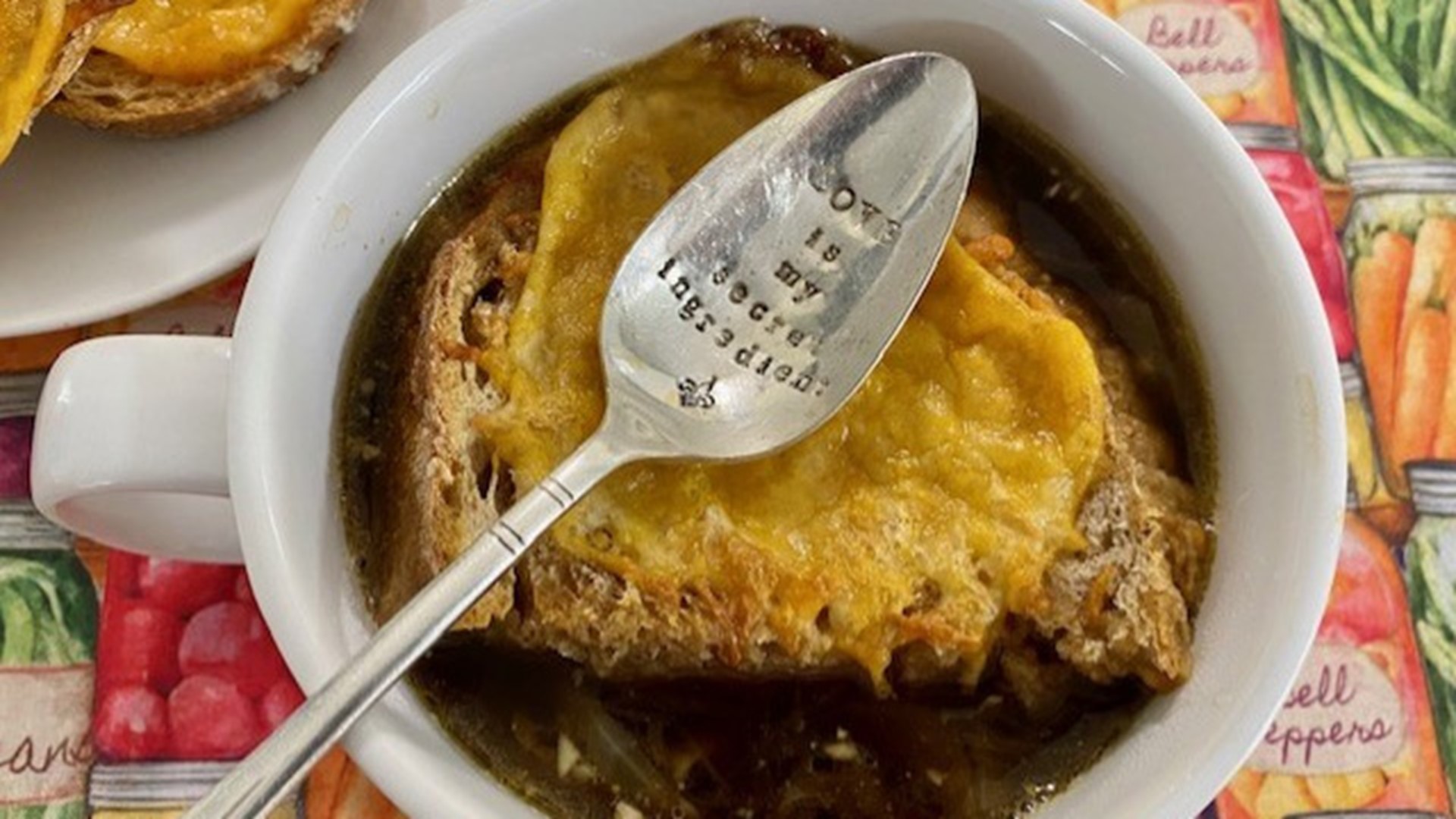 Meanwhile, preheat oven to 450. Place bread on a rimmed baking sheet and drizzle with oil. Toast until lightly charred around the edges, about 10 minutes. Top with cheese and continue to toast until cheese is melted, about 5 minutes.

In a large mixing bowl, combine bread cubes with large drizzle of extra virgin olive oil and a generous pinch of Creole seasoning and kosher salt. Toss to make sure the bread is well coated, save the bowl for later use. Spread the bread cubes on a sheet pan and bake in heated oven for about 10 minutes or until golden.

When ready, move the colander with the tomatoes to the sink for now, and use the mixing bowl with the tomato juice to make the dressing. Add red wine, ½ cup extra virgin olive oil, garlic cloves, Dijon mustard, thyme, and a large pinch of black pepper. Whisk to combine.

Add the tomatoes, bread cubes, shallots, basil and mozzarella to the mixing bowl and toss to coat with the dressing. Allow the salad to sit for 20 to 30 minutes before serving.

Give the salad a gentle toss and transfer to a serving platter. Garnish with a few more fresh basil leaves.