Chef Kevin Belton shares two takes on Shrimp Toast: One with Louisiana flavor and one with an Asian twist. 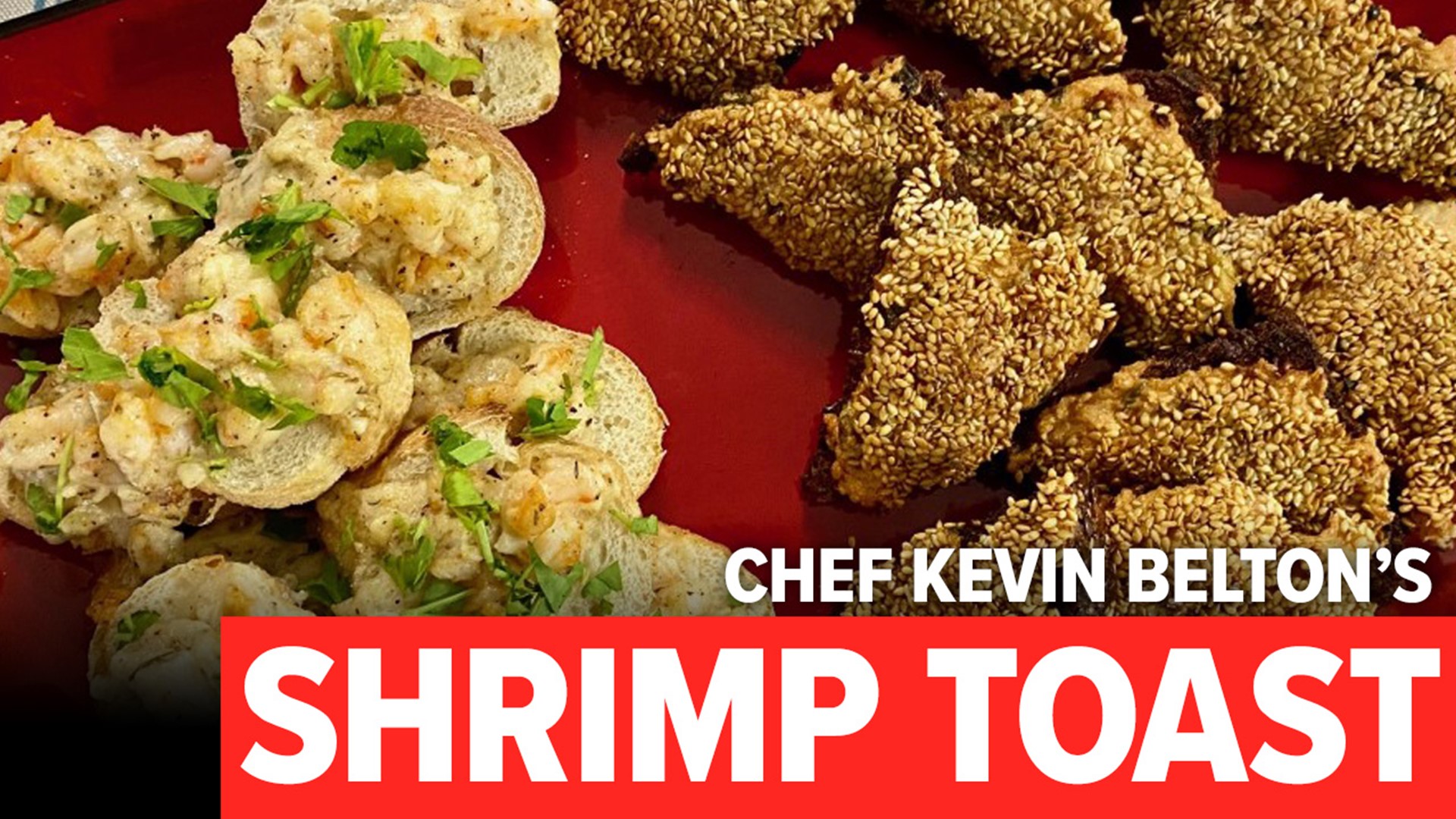 NEW ORLEANS — Toast has definitely grown and changed over time.

It used to just a piece of bread that was browned, now it can be considered an appetizer or even a meal.

To celebrate National Toast Day, I’m making Louisiana Shrimp toast featuring flavors we know and love. The other toast is Asian Shrimp toast, a favorite when getting take out. I’m demystifying the deliciousness so we can all make it at home.

Lightly oil a baking sheet or coat with nonstick spray.

Place shrimp in a single layer onto the prepared baking sheet. Add olive oil and garlic; season with salt and pepper, to taste. Gently toss to combine. Place into oven and roast just until pink, firm and cooked through, about 6-8 minutes. Let cool before dicing into bite-size pieces.

Place baguette slices in a single layer onto the baking sheet. Top with shrimp mixture. Place into oven and bake for 6-8 minutes, or until cheeses have melted.

Divide the mixture among 4 slices of sandwich bread, spreading it evenly out to the ends. Sprinkle with sesame seeds, and lightly press the sesame seeds into the shrimp mixture. Cut each slice into quarters on a diagonal to create little triangles.

In a large nonstick or cast iron skillet, heat 1/4 inch of oil until shimmering. Fry the triangles in the skillet, shrimp-side down first, until golden––about 2-3 minutes.

Use a spatula to carefully turn them over, and fry the other side for about 1 minute. Transfer to paper towels to drain. Serve immediately!