Restaurant owners meet with President Trump to lobby for relief

Melvin Rodrigue, President of Galatoires restaurant in the French Quarter was the first to speak. 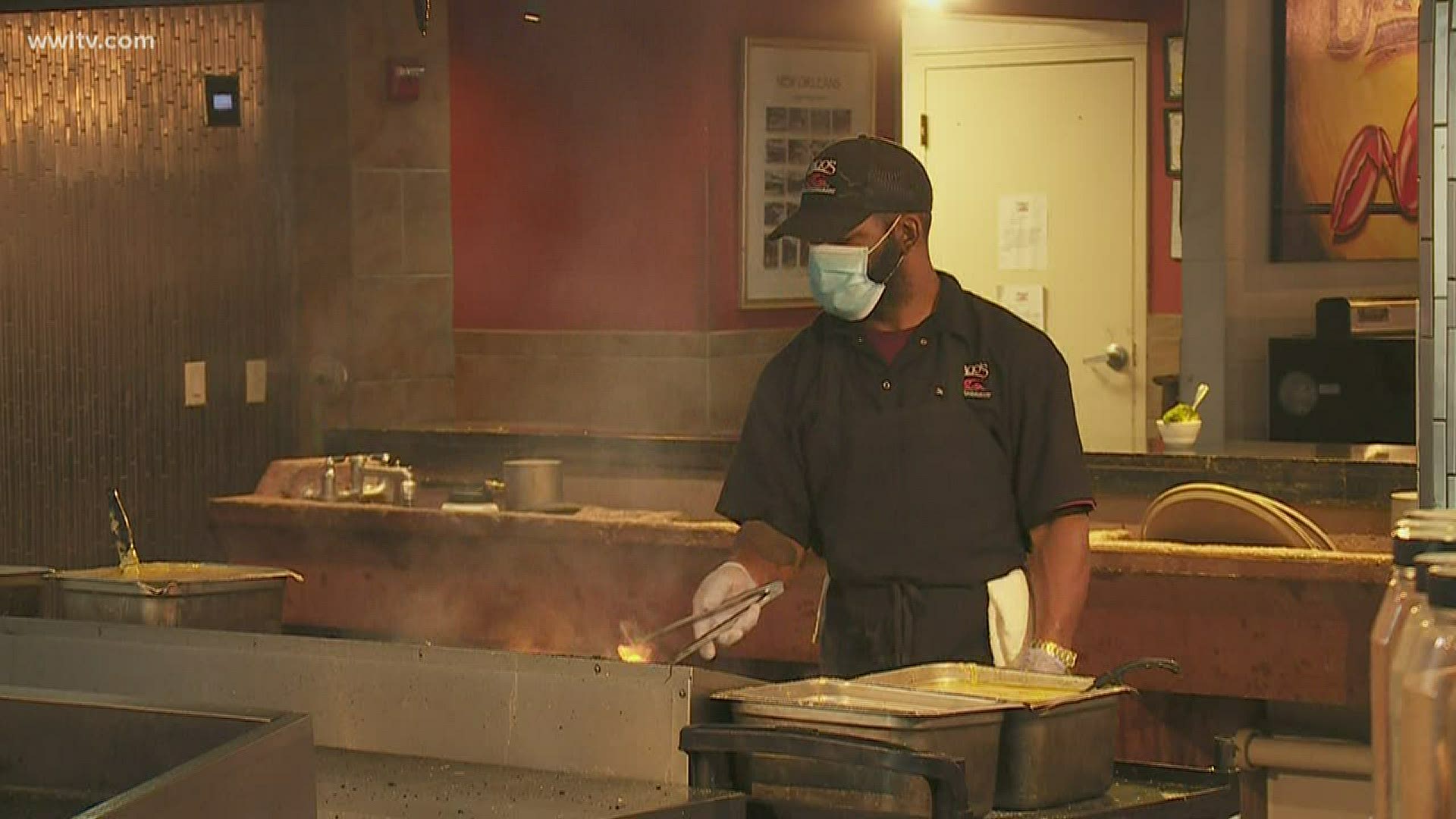 NEW ORLEANS — Take out and a dining room at 25 percent capacity is the reality, at least for now at Drago’s Seafood and other restaurants across Louisiana.

Melvin Rodrigue, President of Galatoires restaurant in the French Quarter was the first to speak. He also serves as chair of the National Restaurant Association.

“Just the very nature of restaurants in general, we rely of social interaction,” Rodrique told the president. “So, it makes us really unique that we were hit hard quickly and it’s going to make our comeback really difficult.”

According to a recent restaurant association survey, most restaurant operators don’t think their business will return to normal during the next several months.

In Louisiana, restaurants are only allowed to seat 25 percent of capacity to maintain social distancing.

“This week when we reopen at 25 percent, we’ll lose more money than last week because we’re incurring expenses, Rodrigue said.

“You’ve got to get 100 percent, okay,” President Trump responded. “I hope it gets up very fast. I hope the governor the governor does that pretty quickly. Let’s see how it goes.”

Rodrigue asked the president to extend the deadline restaurants have to spend federal funds from the federal Paycheck Protection Program.

Under the PPP’s current rules, the forgivable loans must be spent before June 30. That is also when businesses need to be back up to pre-crisis staffing levels.

“We think with just a few small changes in cover period and length of cover period of the forgiveness of PPP we have a great opportunity,” Rodrigue said.

According to the Louisiana Restaurant Association more than 80 percent of restaurants across the state laid off employees since the beginning of the Coronavirus outbreak.

Back at Drago’s in Metairie, owner Tommy Cvitanovich admits two of his five restaurants are closed at this time and of those that remain open, business is off by about 75 percent.

“You don’t want to slap a gift horse in the face, but if we can just tweak the way we’re able to use the money,” Cvitanovich said. “Let the money still go to the same things that it was intended to, but maybe loosen up the deadlines a little bit.”

President Trump told restaurants leaders extending the PPP deadline from 8 to 24 weeks “should be easy.”

So far, there is no firm commitment to the full extension.