‘She was my cheerleader’ | At 60, NC woman graduates from college, months after losing sister to COVID-19

Judy Little's sister died before she could watch her walk across the stage and get her diploma. But Little said she could feel her sister with her that day. 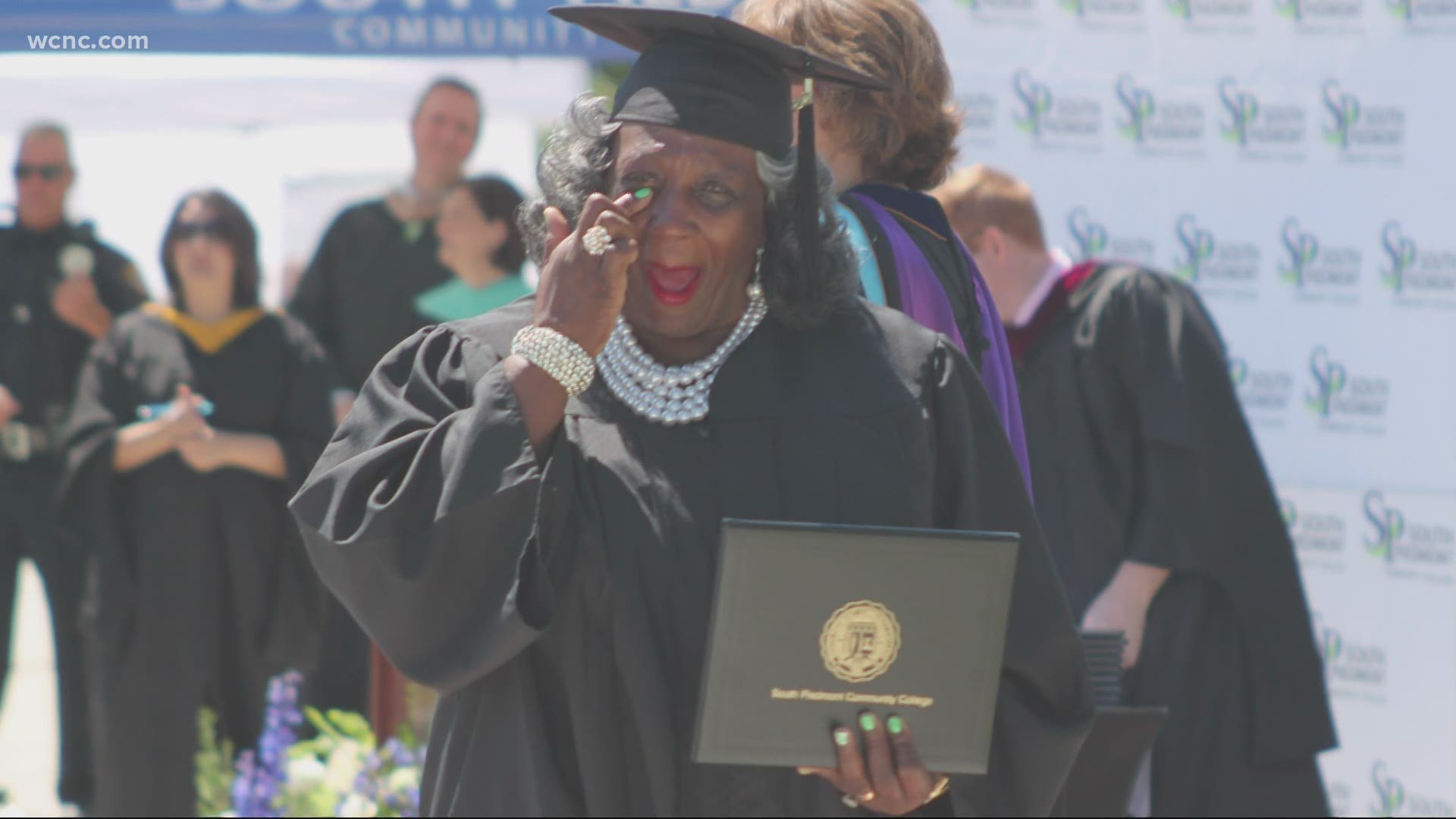 UNION COUNTY, N.C. — Donned in her cap and gown, 60-year-old Judy Little walked across the stage during her graduation ceremony at South Piedmont Community College.

Little, who lives in Wadesboro, North Carolina, said her love for teaching began more than 20 years ago.

Little recalled a time back in 1998 when her son went off to college and she was going through a divorce. Little said she felt an emptiness.

“I decided I could spend time helping someone else with their children, so I went to become a foster parent,” Little said.

In order for her to learn more about families and becoming a good foster parent, Little said she decided to take some courses in early childhood.

She later got certified and approved to become a foster mom. She was so excited to bring home a child to love and nurture.

Then one of her sisters was killed in a car accident.

One of Little's sisters, who had three kids, had asked her the year of her death to take care of her kids if something were to happen to her.

“Being a foster parent and the knowledge that they gave me taking that class, it really helped me to deal with her children,” Little said.

In 2019, Little decided to go back to school, even while raising her sister’s children. Little said she would take a few courses here and there.

“I eventually got them out of school, they graduated and went on with their life,” Little said.

Little eventually went back to school to finish up her degree in early education at South Piedmont Community College. Little, a pastor and salon owner, had originally considered a business degree to learn more about her ministry.

The guidance counselors at SPCC told Little she was so close to finishing up her degree in early childhood education.

“Why not go ahead and finish the degree,” Little asked herself. “If not, it’s like taking that information and throwing it in the trash.”

Little said the road to getting the degree was not a smooth ride. There were challenges along the way, but she said her older sister pushed her to continue.

“She was my cheerleader,” Little recalled.

Little said when she would go to the library to study for an exam, her other sister, Mildred Loretta, would sit right next to her. It didn’t matter how long she would stay there.

“She was so proud of me,” Little said between tears.

For Little talking about her older sister is bittersweet. Loretta died from COVID-19 just a couple of months before she was set to walk across the stage and grab her diploma.

She said when Loretta died, she felt like she couldn’t do it anymore.

“I really felt like I couldn’t do this anymore,” Little recalled. “You know with exams coming up.”

At 60, Judy Little made the decision to go back to school to get her degree in Early childhood education. She said her older sister played a vital role in her success.

Her sister never made it to her graduation. She died from COVID just a few months before the ceremony. @wcnc pic.twitter.com/zDSgUxBakp

That’s when an employee, who works at SPCC, visited Little at her home around the same time she was preparing for her sister's funeral.

“In an envelope, she had my cap and gown money,” Little recalled.

That’s when Little knew she had to walk across the stage. So many people were rooting for her, she had to root for herself too.

The Friday before her graduation, Little said she was really sad.

“I thought about my sister, and the letter she had left me,” Little said.

A few months before her death, Loretta, who Little said couldn’t write very well, had told her to jot down her words. Little said she’s now thankful that she wrote them down.

“She said, ‘I need to you write down what the Lord is telling me about you and your husband,’” Little recalled.

Little said she went over to her house and told her sister she didn’t have a pen or paper. That’s when her sister instructed her to get an envelope from her pocketbook.

“And I began to write what she said.”

“Loretta said: God is using you. Don’t let nobody stop your blessing. Stay encouraged. God says stay encouraged. You and your husband. God sees all of your good work.

God says a blessing is coming.

It’s never too late to redefine yourself. Today, Judy Little graduated at the age of 60 with an Early Childhood...

Posted by South Piedmont Community College on Saturday, May 15, 2021

Little said that letter gave her the strength to walk across the stage the following day.

On Saturday, May 15, Little graduated college with a degree in early childhood education. She walked across the stage knowing Loretta was right there with her.

“The sun was shining that day. I was energized. I was warm. I was excited,” Little recalled looking back on that day.

Little stressed that she could not have graduated without the help, love and support of her community. Little said while she was going to college, she had to wear many hats: mother, wife, sister, business owner, minister, friend.

But she said she was able to succeed because everyone pitched in to help her.

From her church family who prayed for her every Sunday to her classmates at SPCC -- who were younger than her and would help her work her computer.

“I can’t take all of the praise by myself because it was so many people who helped make it happen,” Little said. 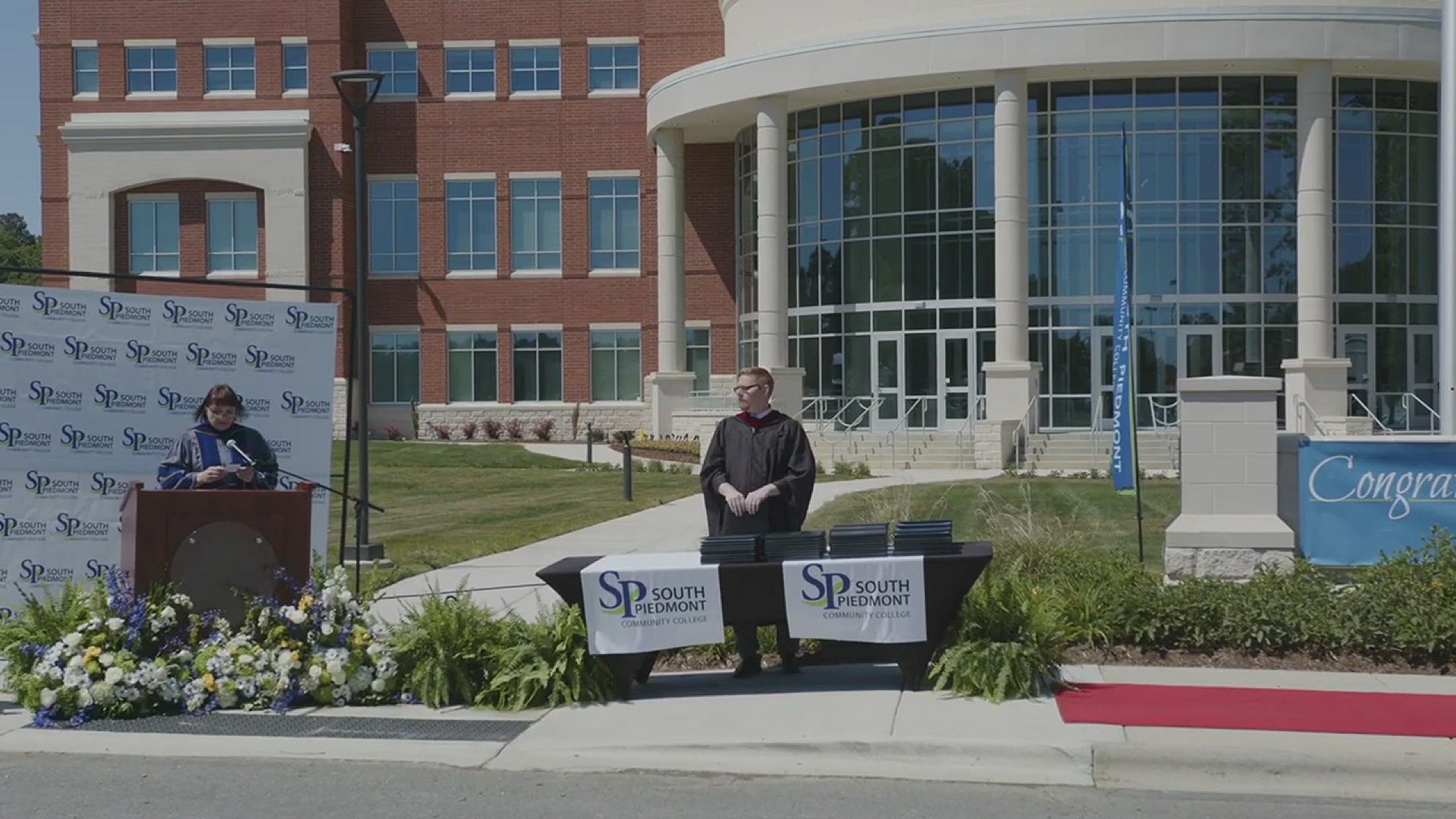