More than 16,000 shirts have been sold with 100% of proceeds going to the non-profit Stomp Out Bullying. 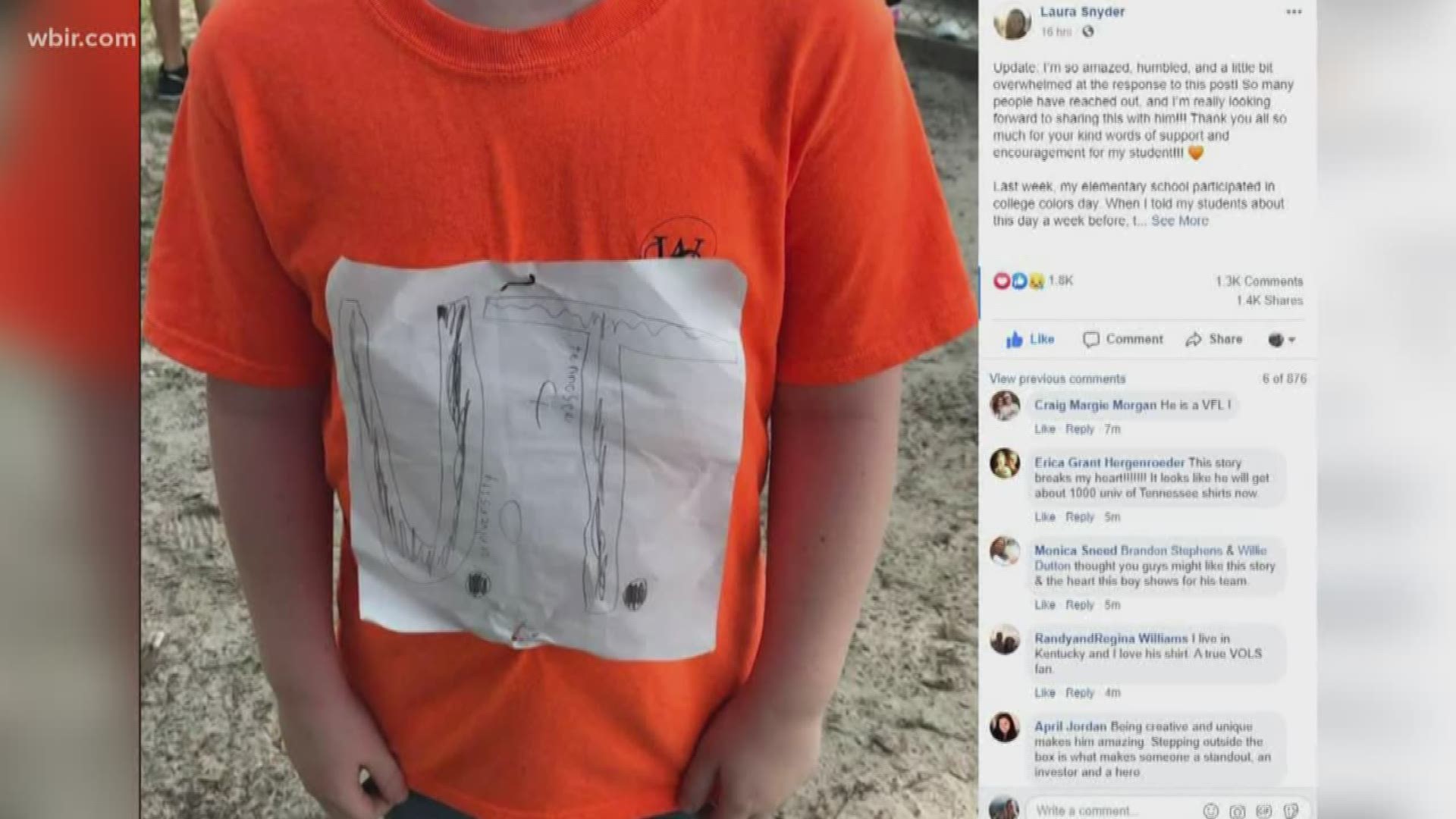 KNOXVILLE, Tennessee — A viral social media post is spreading not only Volunteer spirit around the world, but also an important message.

Just a few scribbles and uneven letters have touched hearts from all over. It all stems from a kid in Florida who wanted to show off his Volunteer spirit, but was bullied in return.

"It really embodies the whole spirit of the university, the whole Volunteer spirit," said VolShop director Carol Miller-Schaefer. "I just feel like this has gone way past a shirt, way past the incident, that it's really resonated in other ways with people."

Now, the world knows his story and wants to show support.

"To go above and beyond to bring attention to a national issue is really great," said VolShop marketing manager Tommi Grubbs.

The VolShop is selling a re-creation of the boy's shirt with 100% of the proceeds benefiting the nonprofit "Stomp Out Bullying" per request of the boy's mom.

"There's literally articles about this shirt in any country you can think of, and I've looked at those and said 'I can't believe this,'" Miller-Schaefer said.

Michael Lawrence, a spokesperson for the Seminole County School Board, which is the boy's school district, spoke highly of everyone's support.

"There's support we're seeing all over the place," he said. "We're really proud of what transpired with it."

The shirt has now become even larger than life with a display of it on UT's campus at the Rock.

"Being able to replicate his wholesome design was really cool, to get to celebrate it and encourage it, the Vol Nation that spreads farther than just campus," said junior Natalie A. Campbell, who took the time to paint the design on the rock.

It's a simple reminder to be kind and a reminder that Vol Nation is unstoppable.

The University of Tennessee issued the following statement Monday afternoon:

“As the Volunteers, the University of Tennessee believes in putting others before ourselves. We’re so glad we were able to support this student, put a smile on his face and bring more orange into his life. In the true spirit of UT, alumni, fans and honorary Volunteers around the world have stepped up. Pre-sales of the shirt have reached more than 16,000. All proceeds from the sales will go to the non-profit STOMP Out Bullying.” 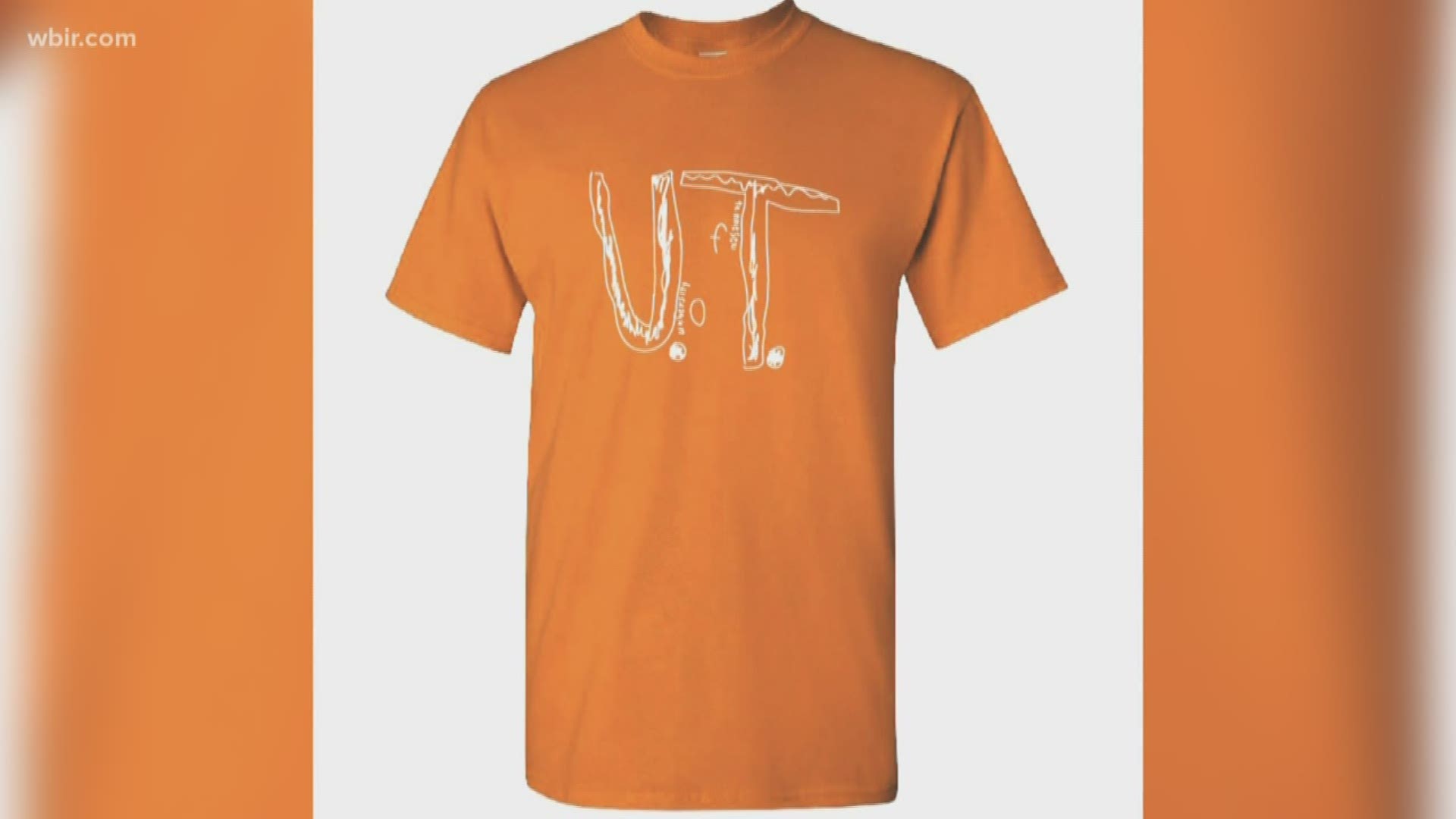 RELATED: 'The joy on that young man's face was priceless' | UT fan bullied for homemade shirt gets Big Orange delivery

The Vol Shop is selling the t-shirts for $14.99. People can buy the shirts on pre-order, with a delivery date expected in late September. Want to buy the shirt yourself? Click here.