'I’ll have to quit someday, but not today' | 92-year-old Belmont barber has been cutting hair for more than 73 years

Doug Brewer has been cutting hair for more than 73 years, and at 92 years young, he has no plans on stopping anytime soon. 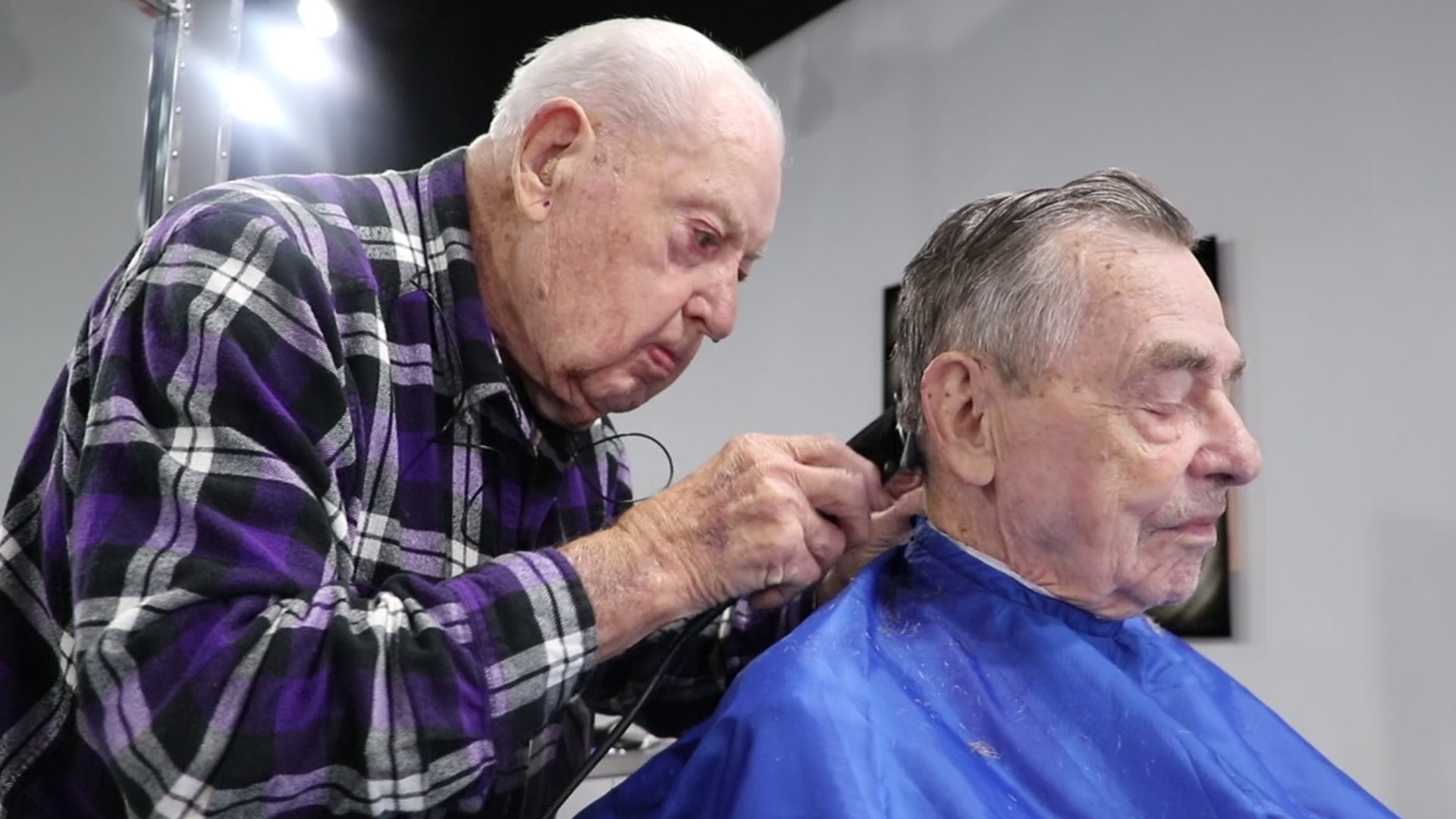 BELMONT, N.C. — At 92-years-old, Belmont native Doug Brewer has been cutting hair for more than 73 years.

It all started in 1946. Brewer, fresh out of World War II, went to barber school and got a job cutting hair at Bill Ballard Barber Shop.

"I came back [from the war] and asked for a job. I was a shoe shiner and then made my way to a barber," Brewer recalled.

Back then, Brewer charged just 50 cents for a haircut and being a barber truly made him happy.

"I love it, and I mean it's just my life," Brewer said about his job."I've always done it and I'm still doing it today."

Brewer has owned many of his own shops before finally settling down at Belmont Beautique and Barbery.

In 1952, Brewer left Bill Ballard Barber Shop to start his own business in the Charlotte Airport.

"Now they don’t have a barbershop in the airport," Brewer recalled.

After leaving the airport gig, Brewer opened a new building in Charlotte but eventually sold that shop to go back home to Belmont.

"I was working at the same barbershop I started working at," Brewer said. "And I stayed there."

Brewer eventually made his way to Belmont General Store and then 'retired' from there once the store closed down.

Brewer's retirement lasted just 9 short months. The barber knew he needed to get back to his chair.

Christine Wallace, the owner of Belmont Beautique & Barbery, made sure that happened.

Wallace said she first met Brewer when he was working as a barber at the Belmont General Store.

"I heard the General Store closed down and Doug had gone into retirement," Wallace said. "And one of my clients had told me that Doug was not happy being retired."

Wallace asked Brewer if he would work in her shop with her and the rest is history.

"So I opened this and he's stuck with it," Wallace said. "He came in and loved it and been my blessing."

Many of Brewer's regular customers have been with the 92-year-old barber from the very beginning.

"I've got several [customers] that are 96-years-old and they hadn't had anyone cut their hair, but me, since I've started. And they're still living," Brewer said.

Brewer said a lot of his customers and friends are in bad health so instead of them coming to his shop, he goes to them.

"Because they can't get out and they're in a wheelchair I go and visit them," Brewer said. "Just like they're in a barbershop."

Along with cutting hair, Brewer said he enjoys chatting with his friends in the shop.

"We really do enjoy each other. And they come in and sit when they don’t need a haircut and we talk about our other friends," Brewer said.

Brewer said he loves his "old customers," but would love some new ones as well.

"I want everybody that wants to come, the more the merrier," Brewer said. "I'm wide open for friends and making friends and I'll cut the hair if they come."

Oh, and Brewer said he hasn't lost his magical touch.