While what unfolded on Jan. 6 left so many of us without words, what happened in the days that followed gave this little girl something to say. 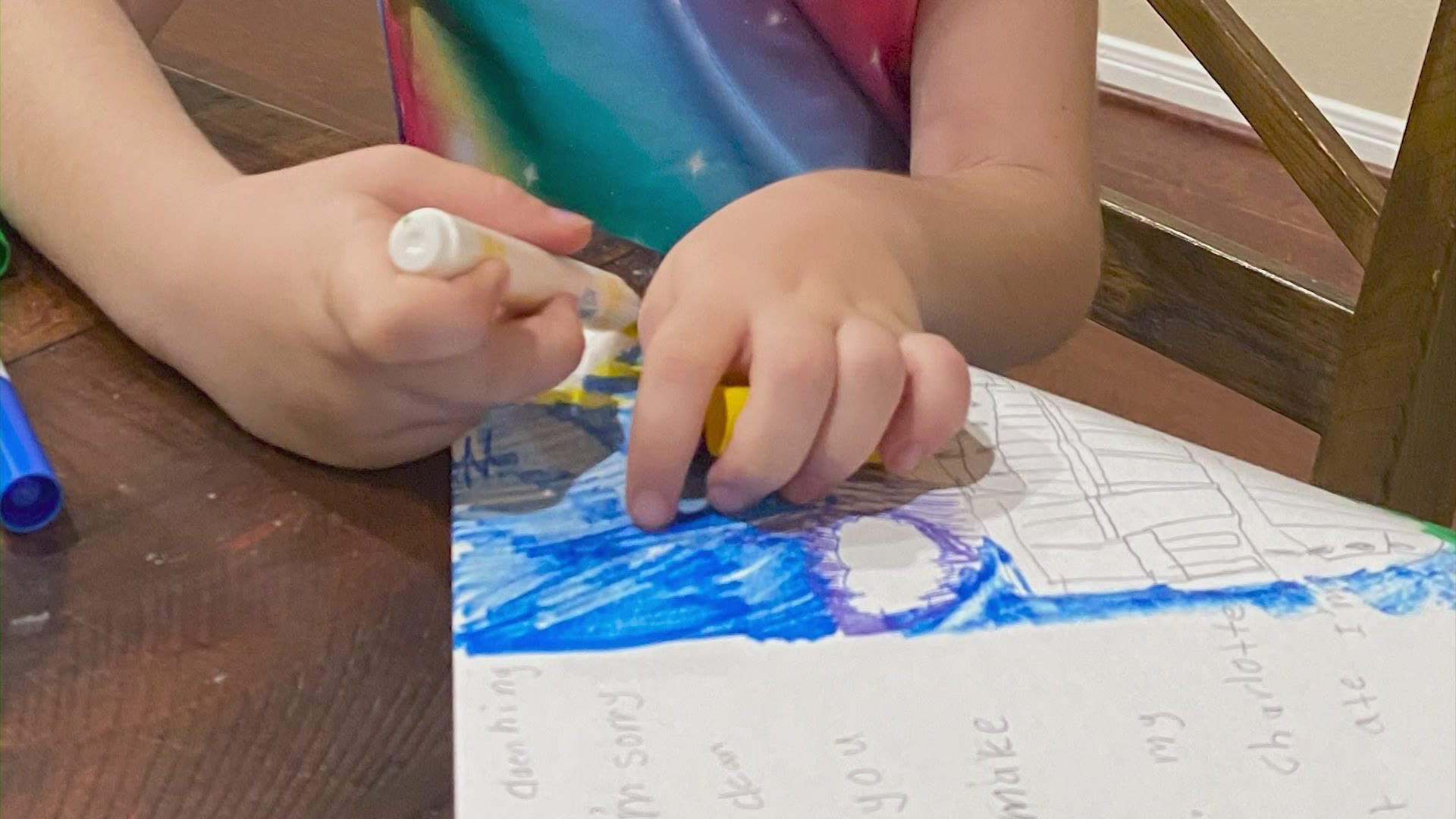 KATY, Texas — In the wake of the assault on the U.S. Capitol, teams of volunteers swooped in the day after that violent mob to clean up the mess left behind.

Katy second-grader Charlotte Baker knows all about cleaning up after someone else. She has a younger brother.

"We were playing a game and he made a mess when I was not there and then he wanted me to clean it up," she says. "I was crying, but then I cleaned up."

So imagine Charlotte’s surprise when she found out a bunch of people volunteered to clean up after the attack at the Capitol. She wanted to say thank you.

"I drew a Capitol and some clouds in the sky and the sun," explains Charlotte. "My mom gave me a picture to copy, but I’m a really good drawer, so that’s how I drew it so good."

While what unfolded on Jan. 6 left so many of us without words, what happened in the days that followed gave @EKBaker's daughter something to say.

Inside her card, she wrote a note.

"Sorry you had to clean up when you didn’t even make it and I said thank you," Charlotte says.

"Sometimes as normal citizens, we feel there’s nothing we can do, so this was a really good opportunity for us to be good citizens and show gratitude," says mom Elizabeth.

By the way, Charlotte just celebrated her 8th birthday this past Wednesday. She's proof you're never too young to learn the value of saying thank you, especially for the things we take for granted most, like someone to clean up a mess they didn't even make.