'It was beautiful': Wedding photos of Georgia woman surprising her stepson with matching ring go viral

The photos were shared almost 70,000 times on Facebook after the couple's wedding venue posted them online 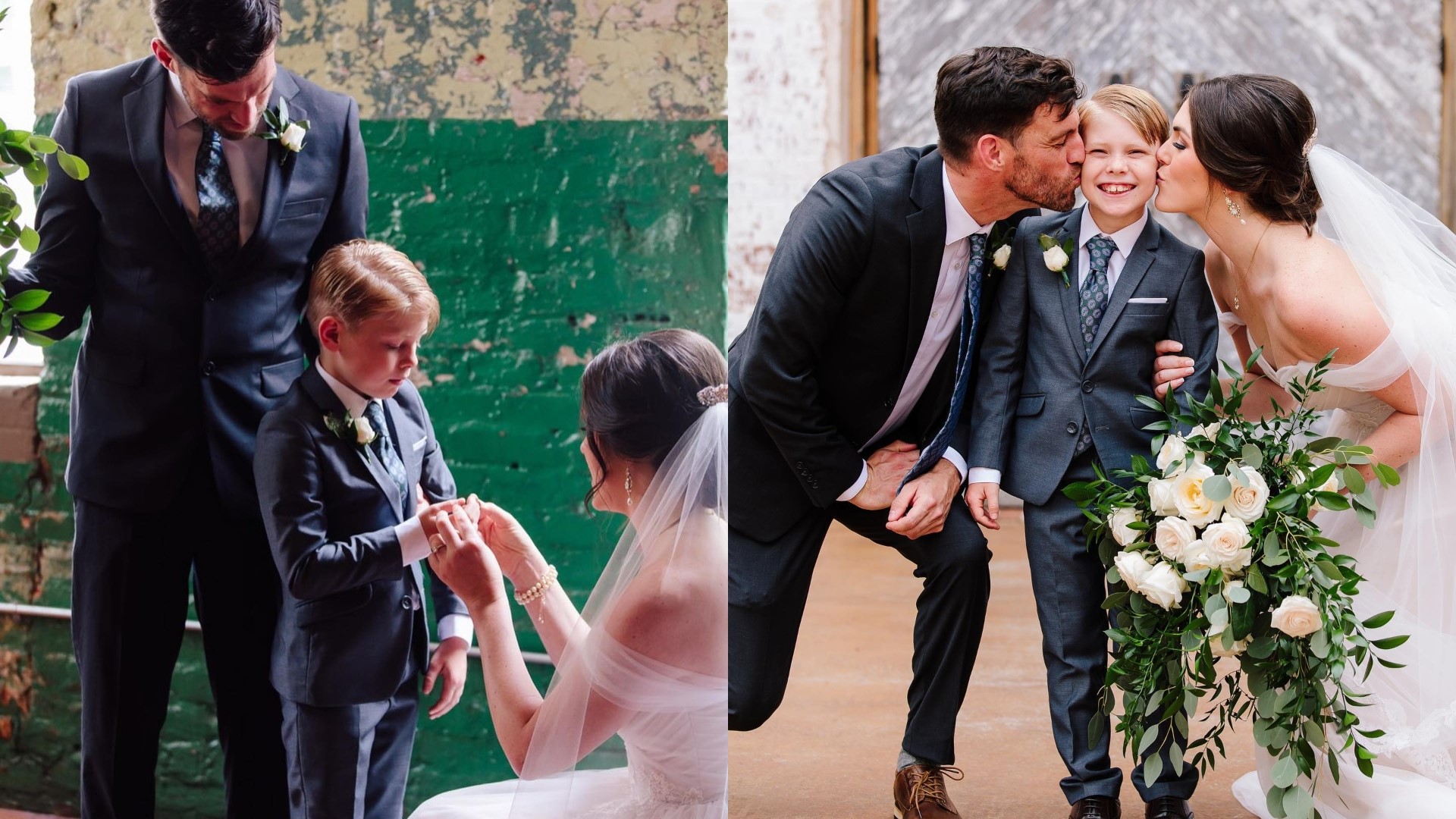 MONROE, Ga. — On the day of his father’s wedding in Monroe, Georgia, 9-year-old Jude Seabolt had no clue he was about to receive a gift symbolic of his part in a united family.

Jude had been telling his father, Tyler, and now stepmother, Rebekah, that he wanted a rose gold ring just like theirs leading up to their June 26 wedding.

“I knew I wanted to do something special for him for our wedding day because he was so excited that we were all getting married. It wasn’t just about me and his dad,” Rebekah said.

Tyler covered Jude’s eyes and lead him to Rebekah. When Jude opened his eyes again, Rebekah was kneeling with a rose gold band in her hand – but this one was for Jude.

“That’s the first time I cried. My moment with Tyler was special and sweet, but I didn’t tear up until seeing Jude’s emotions and just like kind of seeing him be kind of overwhelmed I guess by how he was feeling," she said. "It was beautiful."

Rebekah got the words ‘forever family’ engraved on the inside of the band.

“Because his dad’s and my rings are engraved as well,” she said.

Ashah Smith is the photographer who captured the emotional moment. Smith says she saw Jude’s jaw drop when he saw the ring.

“It was really fun. I was tearing up trying to photograph it,” she said.

Smith wasn’t the only one who felt the power in that touching moment.

Her photos of the first look with Jude impacted the hearts of thousands across the world.

They were shared almost 70,000 times on Facebook after the Seabolt’s wedding venue, The Engine Room, posted the images on their page Thursday.

Rebekah says someone from Bangladesh reached out to her in support of her new journey as a young stepmother after seeing the pictures online.

“I’m just so overwhelmed by how far our pictures have reached and it’s been encouraging to me,” Rebekah said.

She and Tyler met in September 2019. Rebekah says this time last year, she never expected her life to shift so much – from getting married during a pandemic to becoming a stepmother at age 31.

But the love she has gotten from people online, especially other stepparents, has made her feel “amazing.”

“It’s kind of been encouraging to me too to hear from other people who are stepparents that can kind of understand how difficult it is and kind of encourage me. It’s been really needed, and I think it's really sweet,” she said.

“In this moment with him. I think it was just a perfect representation of a united family,” Smith said.