More than 850 veterans who gave it all 'will not be forgotten,' local former Marine says

“I’ve got from the youngest veteran that was killed during Vietnam at the age of 15, to the oldest one when she died at the time at 113,” said Morris Arcement. 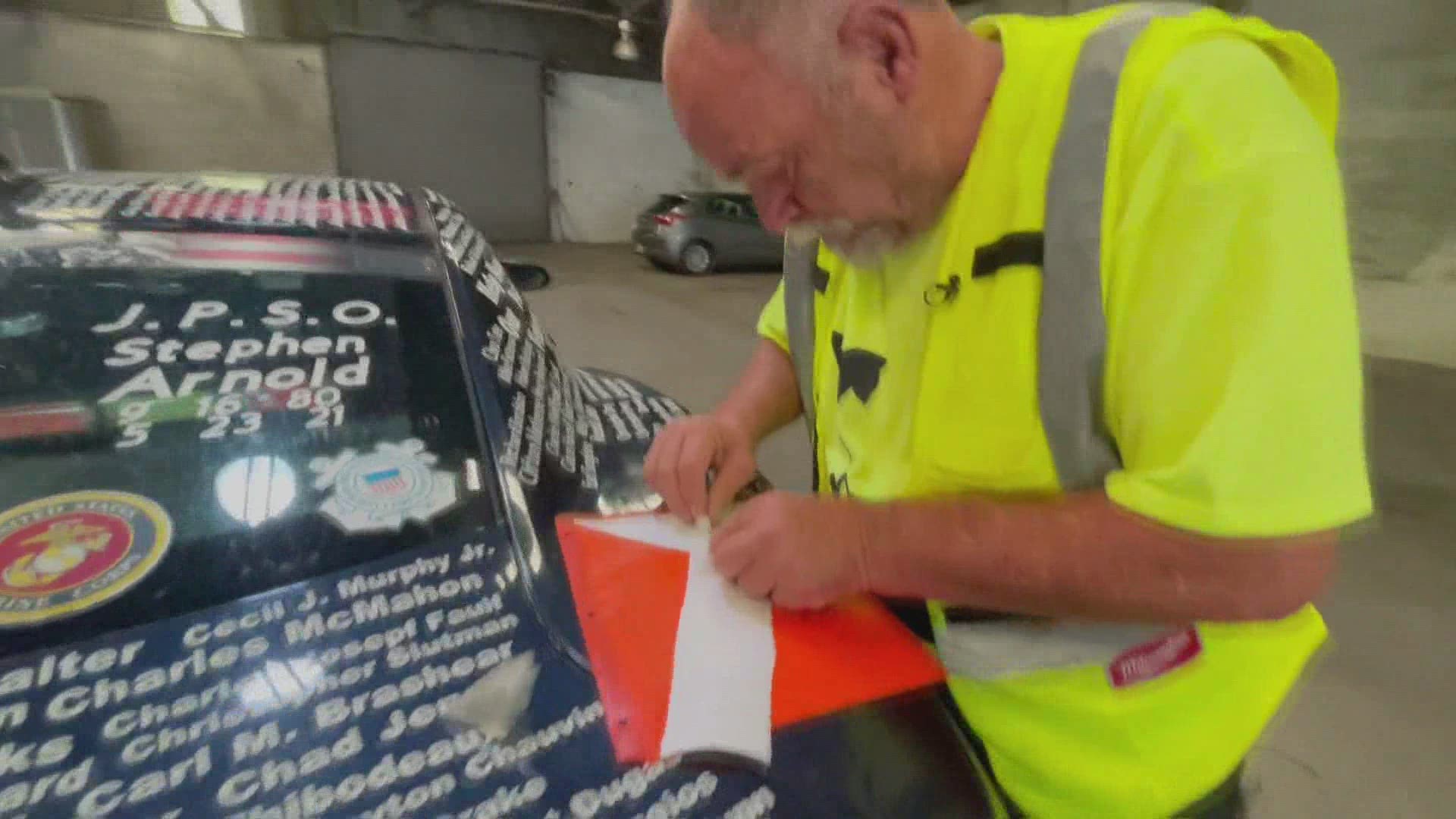 LAFITTE, La. — The Fourth of July is a holiday when we see big displays of patriotism, with American flags flying at homes and people dressed in red, white and blue.

We came across one local man who shows his patriotism in a unique way. At its core, it’s a 2015 Chevy Camaro, but on its surface are tributes. So far, there are more than 850 tributes on the Camaro.

“I’ve got from the youngest veteran that was killed during Vietnam at the age of 15, to the oldest one when she died at the time at 113,” said Morris Arcement.

The owner of the Camaro is Morris Arcement. He is a resident in Lafitte. He calls his car the “Tribute Camaro”.

“It’s there for veterans’ funerals. I ride with the Patriot Guard riders and escort the veteran back to their resting place,” said Arcement.

About three years ago, he placed on his car the names of U.S. servicemen and women who’ve passed away. It started with his own family.

“I’ve got over 35 members of my family that have served from World War I to now. After I put their name on the car it just exploded to what it is now,” said Arcement.

He doesn’t have a set system for the vinyl names placed on his car. Military service isn’t necessarily a requirement. Stephen Arnold’s name is prominently displayed. The Jefferson Parish Deputy died earlier this year after getting shot in the line of duty. Sometimes, Arcement will get name suggestions from strangers, which he welcomes. There’s a phone number on his rear bumper for that.

“People call me. People stop me. What does it take to get the names on the car? I just tell them and then I start looking and researching, and the database is just growing,” said Arcement.

He recently added the name of former Louisiana Lieutenant Governor Jimmy Fitzmorris, who died this week. Fitzmorris was an officer during World War II. On Friday, Arcement added several more names. One of them was Lawrence E. Roberts, the father of former Channel Four Anchor Sally-Ann Roberts.

Arcement has put almost 86,000 miles on the Camaro. It is his main set of wheels, so chances are you may see his car around town.

“I’m honoring the past veterans because they are being forgotten and I do not want them to be forgotten. They will not be forgotten,” said Arcement.

Over time, Arcement plans to add another 800 names to his car. He says he’ll find the room on the sports car to make it happen. Arcement himself served 12 years with the Marine Corps.

As the nation prepares to celebrate its independence, he believes it’s our duty to, at the very least, recognize the service and sacrifice of certain Americans who make such celebrations possible. If you have trouble recognizing any of that, Arcement has a rolling reminder that can help.