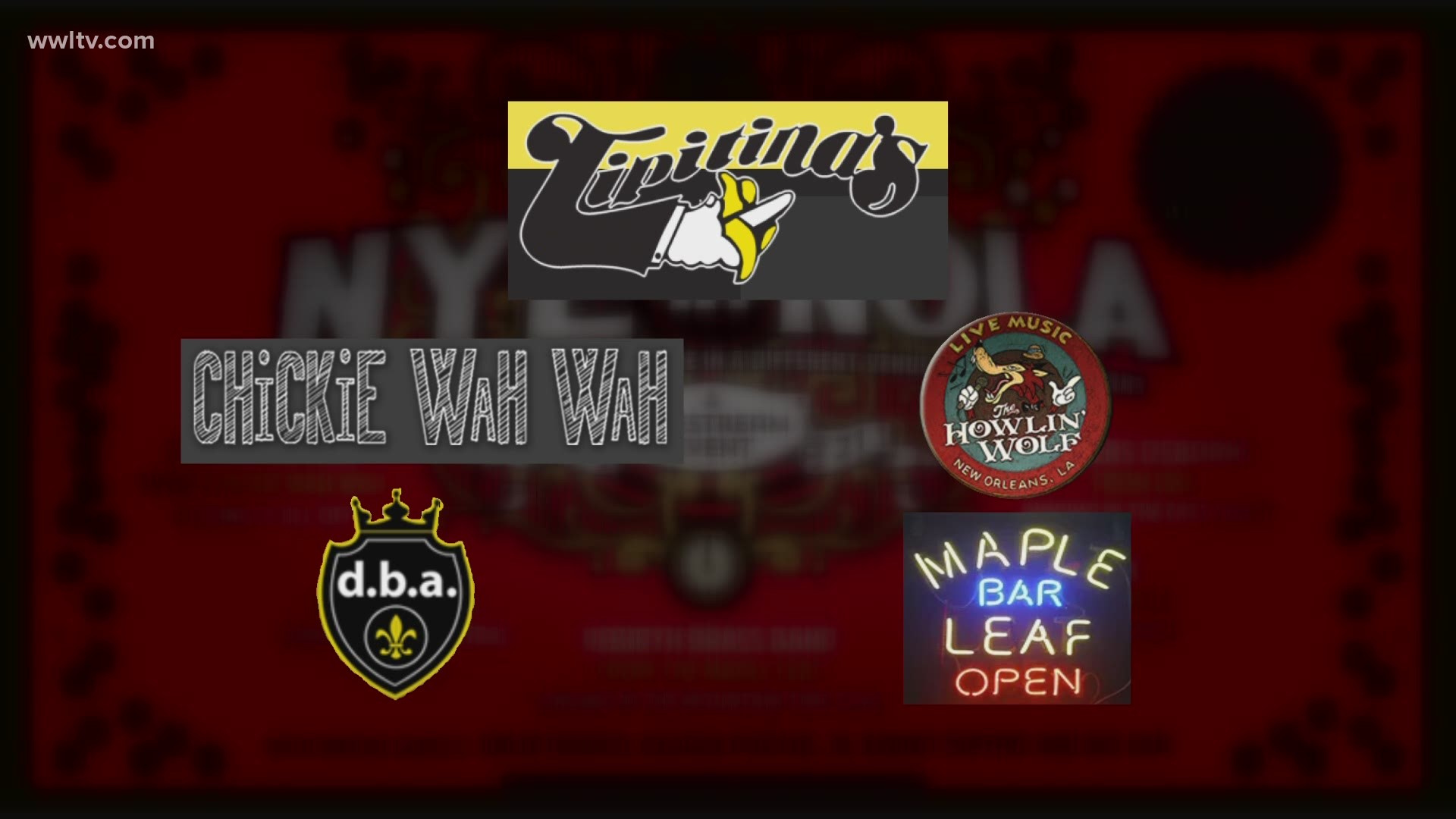 NEW ORLEANS — It promises to be a virtual pub crawl New Orleans style.

“We all knew people were going to have to come up with stay-at-home options for their New Year’s Eve evening," Galactic bassist Robert Mecurio said.

Tip’s and actor John Goodman will be hosting the webcast.

Mercurio said with so many places shut down because of the Coronavirus, they wanted to do something special for people who would normally be out enjoying live music on New Year’s Eve.

“It’s kind of always been in the back of our mind what it would be like to go to all of the venues in New Orleans on New Year’s Eve and experience them all,” Mecurio said. “But this way you could do that from the safety of your own home.”

The bands will be performing on stage at Tip's, Chickie Wah Wah, D.B.A, the Howlin' Wolf, and the Maple Leaf.

Each venue will be presenting a new artist every hour to countdown the New Year in each time zone.

Doug Traiger at the Maple Leaf says it’s a great way to kick off 2021.

“The lineup is killer, Traiger said. “The clubs are very indicative of New Orleans music, so we’re all excited to be doing something for New Year’s and we’re ready to put 2020 behind us.”

It has certainly been a challenging year for the New Orleans music industry. The event gives both the live music venues and the musicians a rare chance to make a little money as well.

“It’s usually a big night for bands and an opportunity for them to make some money, this is a little sense of normalcy in an abnormal world,” Traiger said.

Tickets and additional details are available on the Tipitinas.TV website.

RELATED: Meghan and Harry end their eventful 2020 with first podcast