"They're so creative, just beautiful," said Angela Timberlake who is helping organize efforts in New Orleans. "A lot of rainbows and leprechauns." 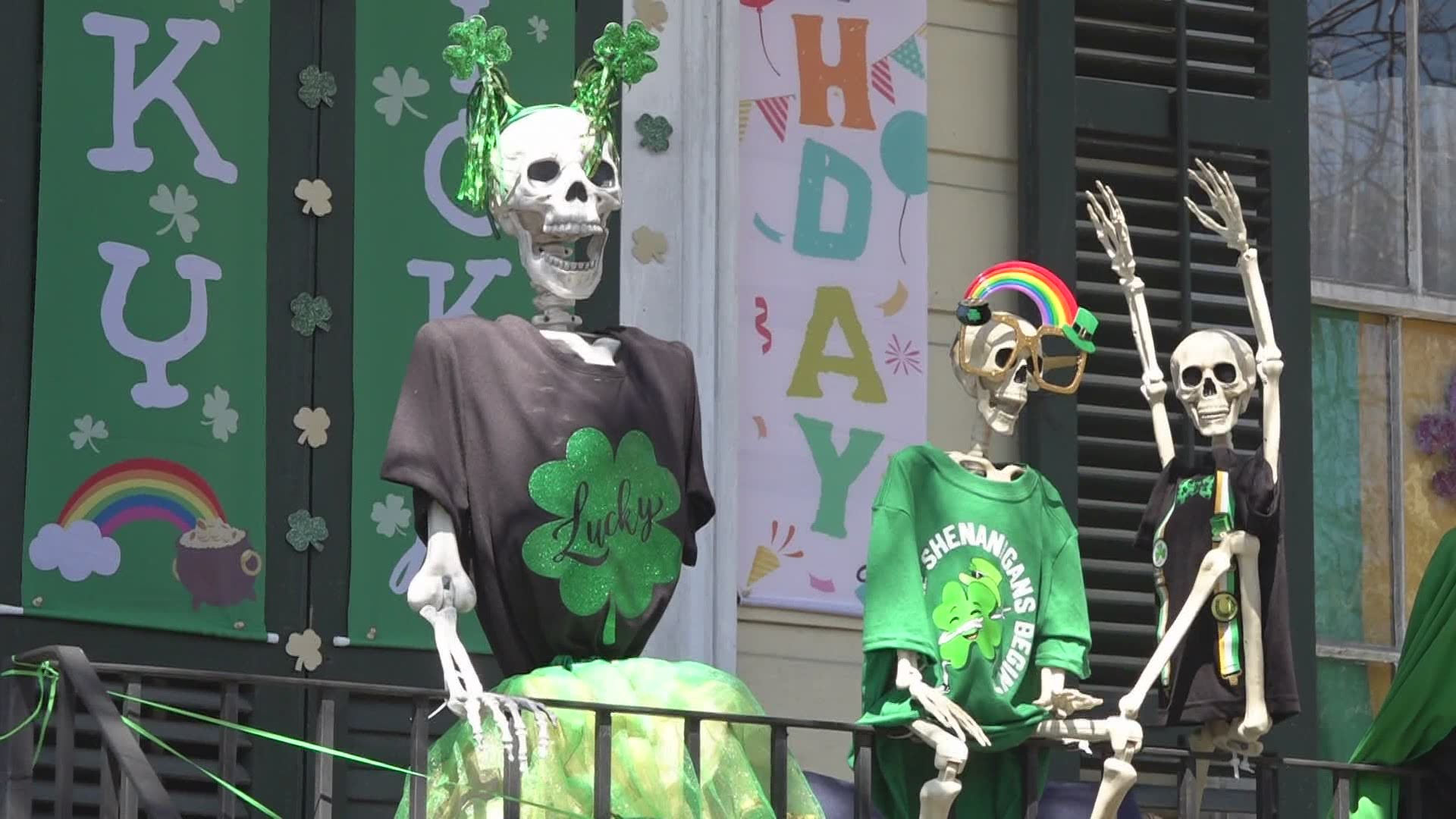 NEW ORLEANS — The Mardi Gras house float decorations have been coming down, but more green is going up! People in New Orleans are now decorating their homes for St. Patrick's Day. The new trend is called "Shamrock Our Blocks."

"They're so creative, just beautiful," said Angela Timberlake who is helping organize efforts in New Orleans. "A lot of rainbows and leprechauns, lots of green lights, tons of gold."

Patti Delduca decorated her home near the Irish Channel.

"We're going to take that party atmosphere any way we can," Delduca said. "We had a house float for Mardi Gras and quite honestly, I wanted to keep the vibe going so I was excited to hear of this."

St. Patrick's Day is always a big celebration for her family.

The idea for "Shamrock Our Blocks" originated in Chicago. Just as the Irish Channel Parade was cancelled this year in New Orleans, so was Chicago's South Side Irish Parade. Now in both cities, homes are being decorated with shamrocks, rainbows, and lots of gold coins.

"It's kind of in the same spirit of Krewe of House Floats," Timberlake said.

There will also be an official map released next week. It will include both homes in New Orleans and Chicago.