"I'm very very proud of him, and I was even more proud when I saw him in action saving those people’s lives" 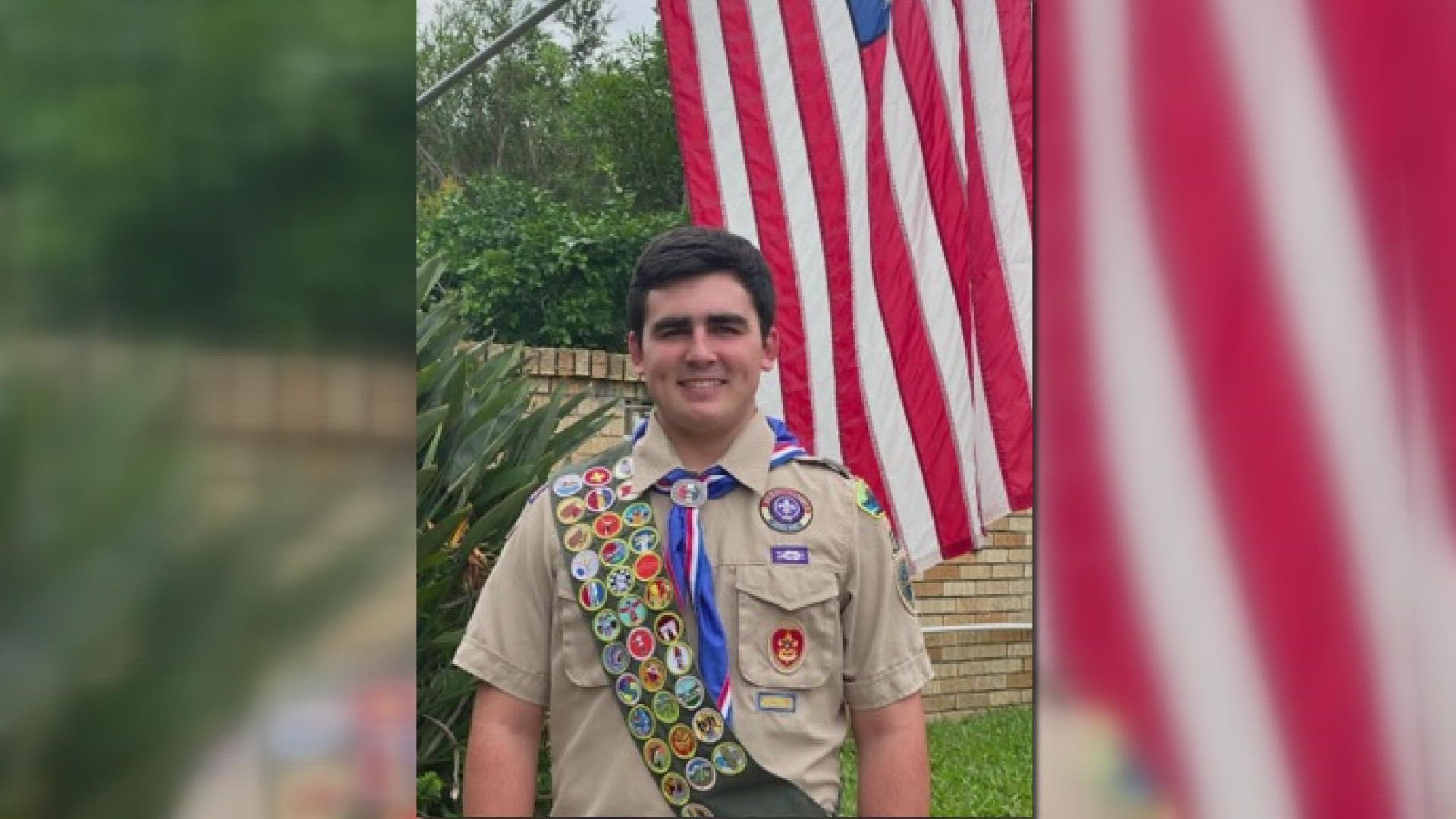 NEW ORLEANS — This weekend Bryce Corcoran will officially become an Eagle Scout and he will also receive the Heroism award for saving 2 people at Pensacola Beach last summer.

"I'm very very proud of him, and I was even more proud when I saw him in action saving those people's lives," Bronwyn Corcoran, Bryce's mom and Scoutmaster said.

It was a normal day at the beach until Bryce and his best friend heard people yelling for help.

Bryce said the yelling got louder and louder and when he looked out two people were waving for help. He swam right out, grabbed the first person, and helped her back to shore.

Before heading back into the water, a guy gave Bryce a boogie board and he went back out and brought the second person in.

Bryce is now a junior in high school and he wants to be a Louisiana Wild Life and Fisheries Agent in the future.

His mother Bronwyn Corcoran has been a Scoutmaster since 2016 and Bryce is her third son to become an Eagle Scout.

Bronwyn originally took the position because none of the other parents would step up for the position.

"I truly believe in the program. It teaches the boys and girls so many life skills. As well as teaching them to find their path in life and where their talents are," Bronwyn Corcoran said.