Ballerina from New Orleans paralyzed after fall, continues to dance

"I learned that the dancer inside me doesn't care about this wheelchair. She just wanted to find a way to keep dancing," Kitty Lunn said. 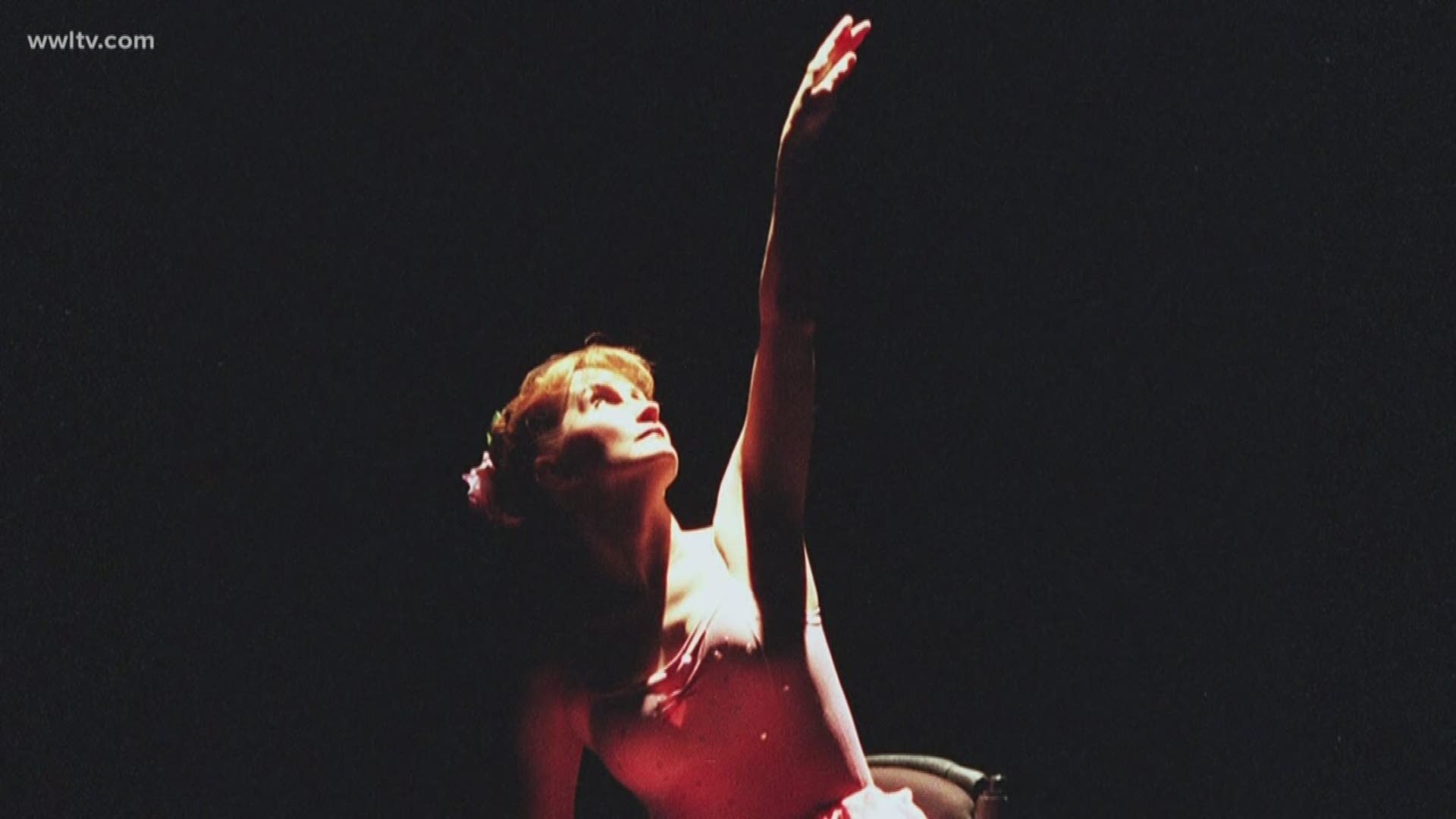 NEW ORLEANS — A ballerina embodies grace, control, and beauty. It takes years of practice and few are ever able to dance as a profession. For dancers, that's the dream.

What if that dream was achieved, then stolen? What if it no longer seemed possible for a dancer to dance? That's what happened to Kitty Lunn and it's been her mission ever since to overcome.

"Life is a choice. We can either live while we're alive or wait to die," said Lunn, who is now almost 70-year-old.

Life is full of choices. Lunn always chose to dance even when it seemed she had no choice but to give up her dream. She spent years on her toes, dancing since she was only 8-years-old.

"I had a very well-rounded, eclectic training and wonderful things happened," she said.

Lunn trained in her hometown of New Orleans until she was 15, when her work here led to a scholarship with the Washington Ballet. She was living her dream.

"I got to dance in Swan Lake, Giselle, The Nutcracker, and all of those wonderful ballets," she said.

She was 36-years-old, preparing for her first Broadway show when it all changed.

"I certainly thought my dancing was over," Lunn said.

Lunn slipped on ice and fell down a flight of stairs, breaking her neck and back. The accident put her in a wheelchair for the rest of her life.

"I was very depressed because I had been a dancer since I was 8-years-old. I had to find a way," Lunn said.

She had just started dating the man she would marry, Andrew.

"Our whole courtship took place in the hospital and we were married six months after I got out," Lunn said.

She was in a hospital for three years.

So after years in a hospital and months of physical therapy, she showed up to ballet class.

"I went back to class I put my money on the table. They had to let me in, I had the ADA behind me," she said.

In her wheelchair, Lunn decided to dance.

"They made a place for me at the barre and I knew I was going to be okay," she said.

Surrounded by world class ballet dancers, she was forced to break down barriers.

"They said 'well you can come in, but you're on probation. If anyone complains, you’ll have to leave. Many people have complained and I didn’t leave," Lunn said.

In 1995, Lunn founded Infinity Dance Theater in New York. It's a non-traditional dance company featuring dancers with and without disabilities. The company performs all over the world.

"It's my ministry," Lunn said.

"I’m still only tolerated in class. We have a long, long way to go and there are many people in the dance world who still don’t think what I do is dancing. Too bad for them. Too bad for them," Lunn said.

ALSO: In the fight for her life, dancer credits ballet in overcoming 'the perfect storm'

Kitty Lunn visited New Orleans this month to help launch a program that keeps veterans moving. The New Orleans VA partnered with the New Orleans Ballet Association for 'Freedom of Movement' classes. The program is for veterans, wheelchair-users or not, teaching them to keep moving and dancing.

"It helps me move joints that are a little difficult to move," veteran Tina Boquet said. "Although I may not be able to do things like I did before my accident, I am still able to move."

Now Lunn travels the world teaching others to move, despite anything trying to hold them back.

"I learned that the dancer inside me doesn't care about this wheelchair. She just wanted to find a way to keep dancing," she said. "I think I'm living the life I was born to live. That was an accident, this is a choice."

A paraplegic, Kitty Lunn will never walk, but she will always choose to dance.