Nicholas and Natalie Palacios are looking back on the past year, grateful for a holiday where their entire family is together and they’re all healthy. 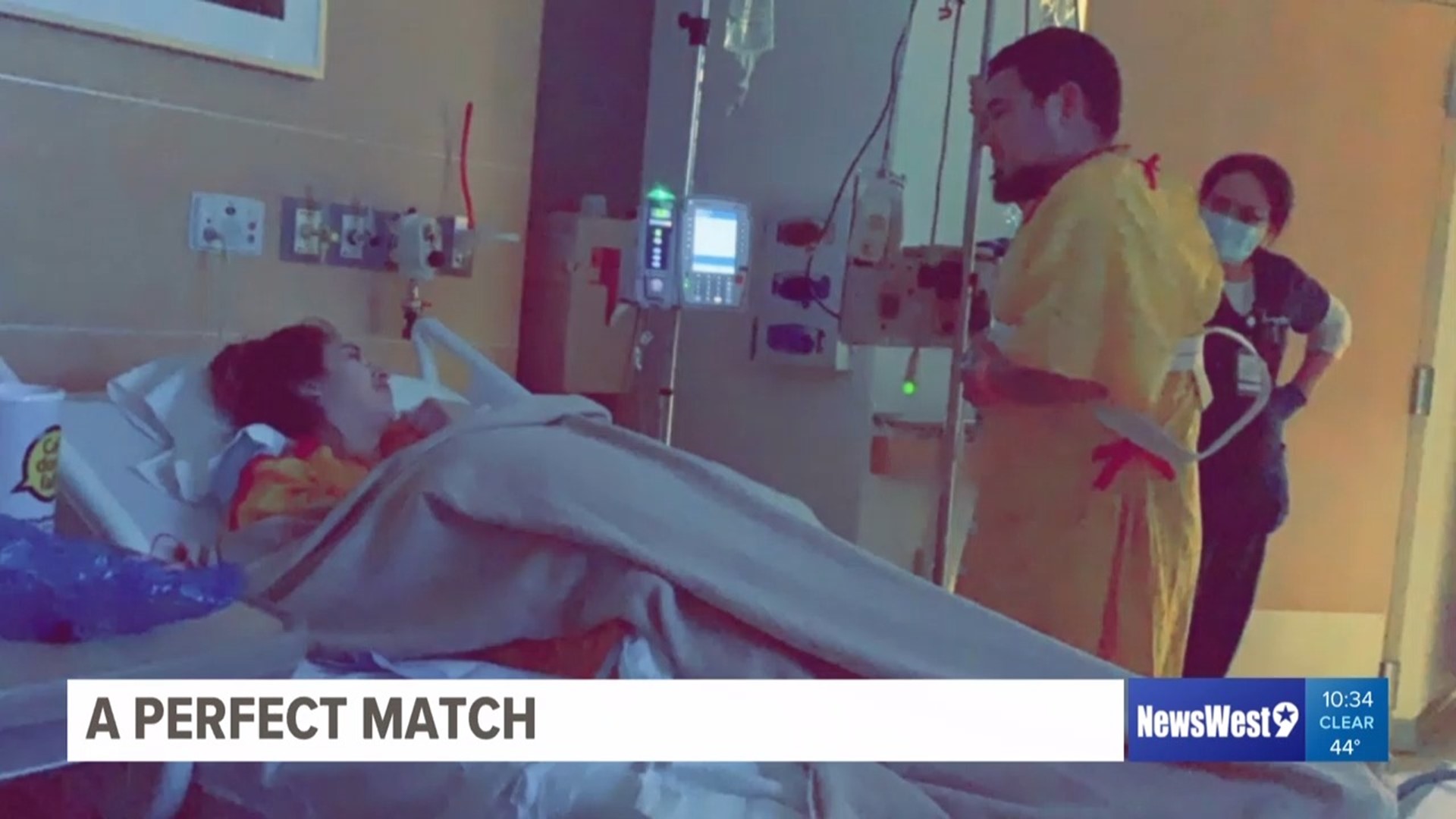 MIDLAND, Texas — Now, more than ever, we all understand what a gift good health is – it's priceless.

Nicholas and Natalie Palacios are looking back on the past year, grateful for a holiday where their entire family is together and they’re all healthy.

“Gosh, I feel like a new man,” Nicholas said.

Nicholas has spent the past seven years fighting for his health – it’s all documented in a scrapbook. It tells the story of his battle with lupus, an inflammatory disease where the immune system attacks its own tissues. It’s rare. Nicholas was diagnosed in 2013.

“It can attack any part of the body. I have it. I’ve had it. There is still so much that I don’t know about it,” he said.

Living with lupus meant a lot of trips to the hospital for Nicholas; a lot of those trips have a page in the scrapbook. From the time he was in the hospital a month before his wedding, to the time he convinced his doctor to let him out for two hours to have Thanksgiving dinner with his family.

“There were times I thought I’d get in and out but would end up staying for a month. I hate going to the hospital,” he said.

You name the treatment, he tried it. All roads in Nicholas’ journey led to a kidney transplant. A process he and his family began around this time last year.

“My kidneys were barely hanging on. There towards the end, I only had six percent function,” he said.

The donor? His wife, Natalie. A perfect match in every way.

“I knew it was going to be me,” Natalie said with a smile. “It’s amazing because to see him at this lowest and to know that I was able to donate, my kids were able to have their father, it’s amazing.”

The transplant was supposed to happen in February, but the pandemic put the procedure on pause indefinitely. Though, the phone rang in the spring.

“I got the call from my coordinator and she was like, are you ready? And I was like, what are you talking about? She was like, we can do this in two weeks. I said, are you serious? She said yes,” Nicholas said.

Nicholas, Natalie and their families headed off to Dallas for the life changing surgery.

It was a success. Less than 24-hours after the surgery, Nicholas was up and walking. He wanted to see Natalie.

“I had just woken up and there he is in my room. That’s when I knew we were going to be ok,” Natalie said.

Seven months later, Nicholas has his life back.

“Now, since he has my kidney, he’s all over the place,” Natalie said smiling at Nicholas.

“She has to keep up with me,” Nicholas said smiling back.

This Christmas is the first in a long time where Nicholas is out of the hospital and healthy – a true gift.

“It really changes someone’s life. Everyone is loved and we need everyone here, with us,” Natalie said.

If the past seven years has taught the Palacios family one thing, it’s this: the real gift isn’t found under the Christmas tree, but rather who’s with you around it.