The python escaped from its enclosure at a store called the Blue Zoo Aquarium Tuesday morning. 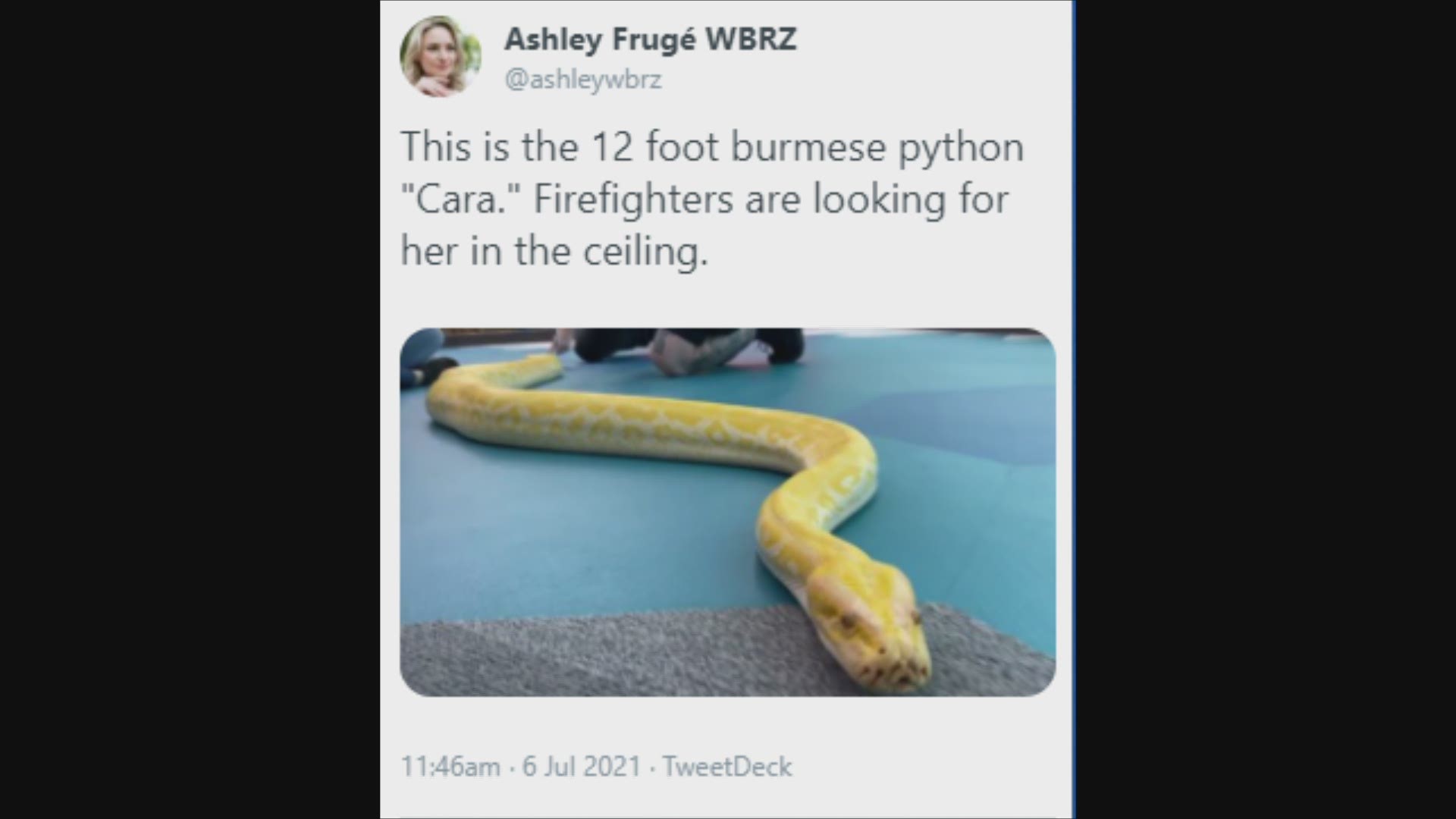 The Mall of Louisiana in Baton Rouge was temporarily closed after a python escaped from its enclosure at a store called the Blue Zoo Aquarium inside of the mall Tuesday morning.

The St. George Fire Department was called around 10:20 a.m. to help locate the python. Officials said the animal is about 12 feet long, and they believed the animal had made it into the ceiling.

Officials said that the mall was shut for the safety of the public but later there were conflicting reports as to whether the mall was closed or just the Blue Zoo Aquarium store.

Eyewitness News will have more on the story as it becomes available.