In the video, you can see and hear the house rumble, the child start to cry and a mixture of debris and insulation fall on the baby. 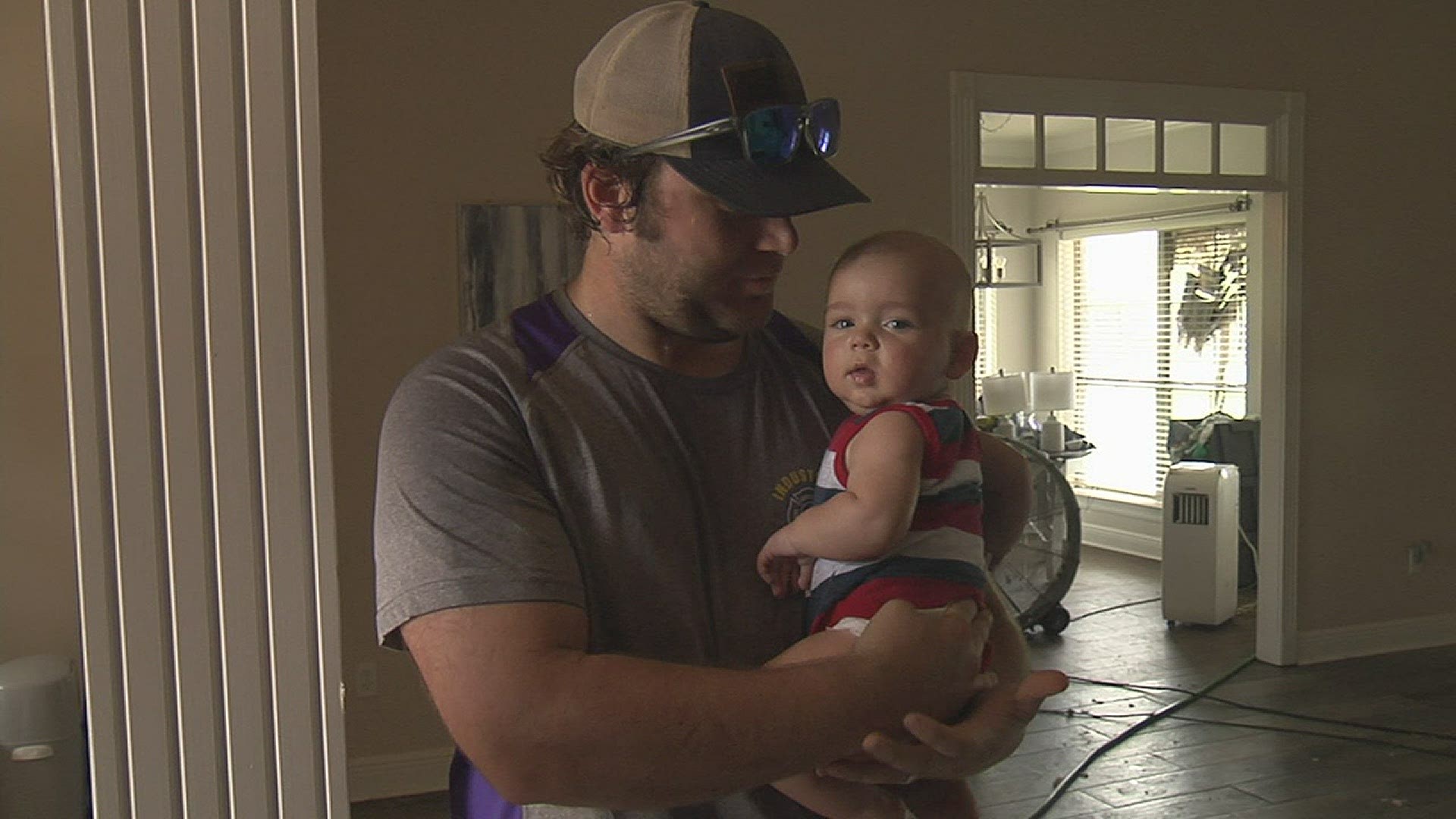 PRAIRIEVILLE, La. — A nightmarish video captured on a baby monitor camera shows a five-month-old startled awake when a large tree crashed into a home in Prairieville last Friday as bad weather hit the area.

The baby was not hurt but was certainly startled.

In the video, you can see and hear the house rumble, the child start to cry and a mixture of debris and insulation fall on the baby.

"All of a sudden it sounded like a loud thunder, stuff was coming off the walls," Kale Buchholtz told WBRZ-TV.

The tree had crashed into the home, landing in the hallway, not too far from where the baby was sleeping.

The damage to the roof and other parts of the home was substantial, but the family was thankful that no one was hurt.

Ironically, the Buchholtz family moved from Denham Springs after their home flooded in the 2016 Baton Rouge area flood. 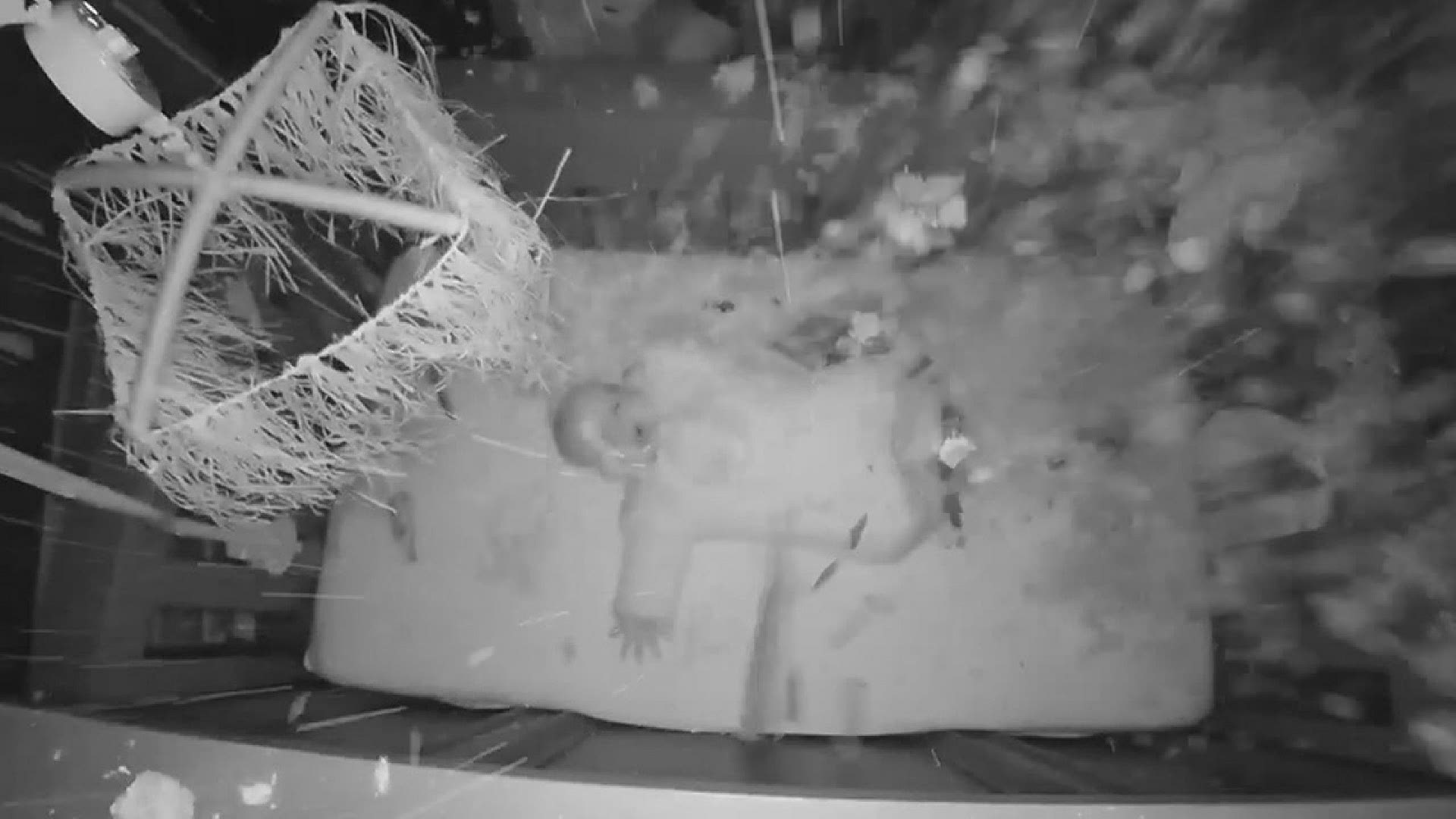 "It makes you realize that a house is just a house," Buchholtz said. "It can be replaced. Family, my little boy, that is all I was worried about for the first two days."

Buchholtz said that family and neighbors have come to their aid as they clean up and make plans to rebuild.

"It took two days for it to set in, we were both in shock," Buchholtz said.

South and Central Louisiana have seen quite a bit of rain and storm weather the past few weeks as conditions are ripe for daily showers and storms.