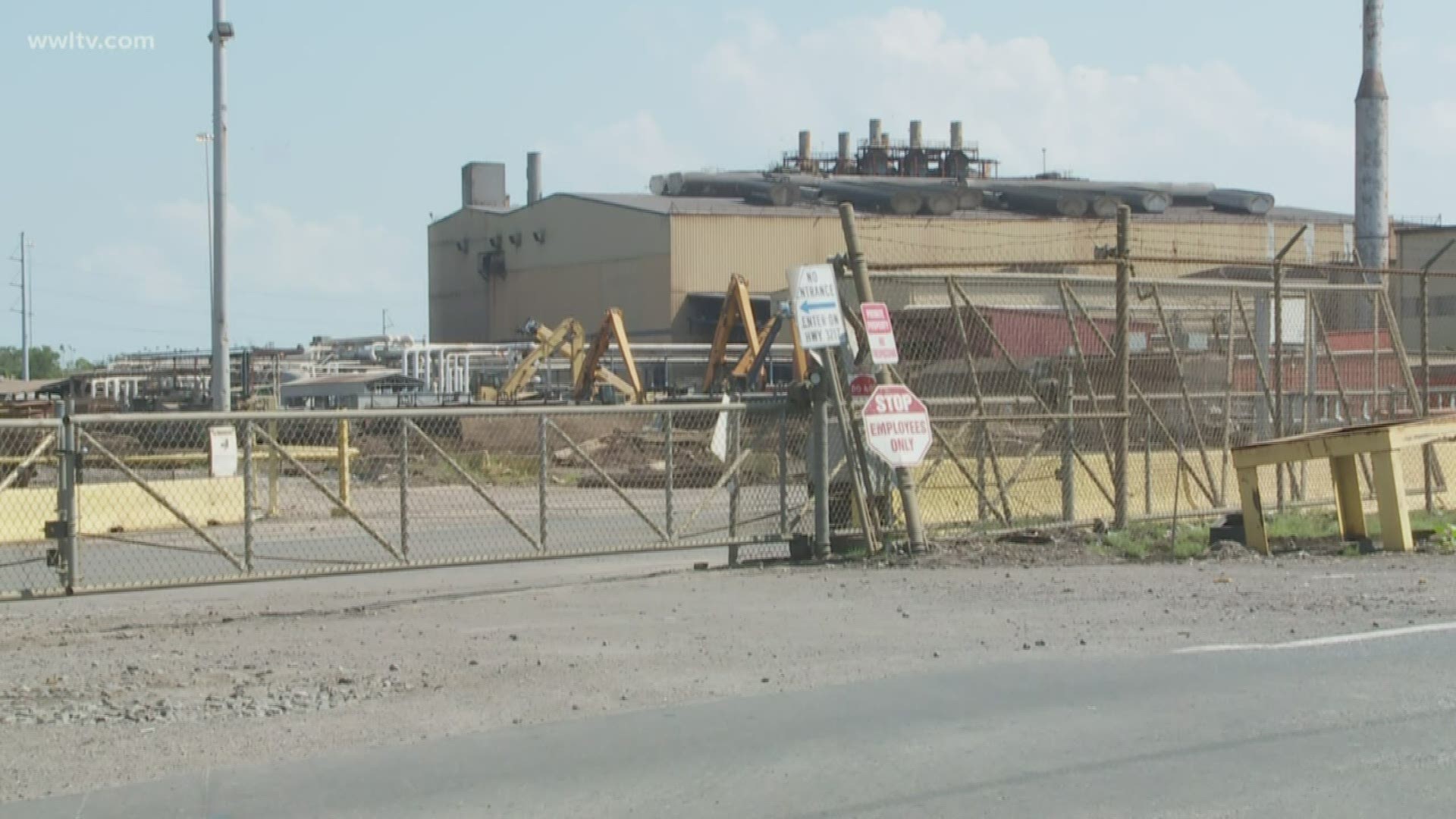 LAPLACE, La. — Bayou Steel Group owed more than $20 million to dozens of creditors when the company declared bankruptcy Tuesday. One day before filing, the company closed its LaPlace steel mill and laid off 376 workers.

According to bankruptcy court filings in the state of Delaware, where the company is domiciled, three members of the six-person board of directors authorized the bankruptcy on Oct. 1. The other three board members abstained from the vote.

The bankruptcy news only came to light after court documents were filed.

He said he is working now to move the bankruptcy case from Delaware to New Orleans.

A WARN letter -- or Worker Adjustment and Retraining Notification Act letter -- is required in a case such as the layoffs at Bayou Steel.

“The employees were entitled to 60 days notice before they were terminated en masse,” Barriere said. “That plainly did not occur.”

The company did send a WARN letter to the Louisiana Workforce Commission on Monday when the layoffs happened, but Barriere described that as “too little too late.”

David Delaneuville, a representative with the local office of United Steelworkers, said the workers are expected to be paid Thursday. But he was just as stunned as everyone else since a new contract was signed with the union a week ago.

He said the union is now “pursuing our rights” but declined to comment further.

Bayou Steel, which manufactures and transports steel beams and similar products, will permanently close Nov. 30, meaning companies to whom the corporation owed money will likely never see any of it.

The $20.8 million debt likely doesn't fully encompass the total debt burying the company. Bankruptcy filings only require the 30 largest creditors to be listed, and the smallest debtor on the list was owed more than $300,000.

RELATED: 'We don't even know if we're getting a paycheck Thursday:' Frustration after Bayou Steel mill closes

At least seven of the companies Bayou Steel owed money to are based in Louisiana. Those businesses, largely scrap collectors and recycling companies, were due more than $3.5 million. The companies either did not return messages or declined to comment Wednesday.

Hundreds of Bayou Steel workers in Louisiana, alongside 72 workers in a Tennessee plant the company operates, were notified Monday that they were losing their jobs.

St. John Parish officials were notified at the same time about the plan to close.

The parish is expected to lose about $1 million annually in tax dollars because of the closures, which will impact the local economy.

"Typically, when businesses run into problems, there is usually a 60-day timeline for us to make a plan with workforce, to put together a program for these individuals, whether it's new training or new jobs or whatever," St. John Parish President Natalie Robottom said earlier in the week. "But we were not given that opportunity.”

RELATED: 'It's going to be rough:' 376 workers at Bayou Steel mill pick up the pieces after sudden closure

Schools, the sheriff’s office and other public entities in the parish will be affected, Robottom said.

According to Peter Ricchiuti, a business professor at Tulane University, an economic ripple effect is to be expected when a major business leaves town.

"You always get a ripple effect," Ricchiuti said. "Maybe you owned a doughnut shop and say, 'I wasn't in the steel business. 'But it was the steel folks eating the donuts."

On Wednesday, Robottom said she hoped that someone would eventually buy the plant and reopen it. She was hopeful, she said, since some companies had already been in contact with the parish about that.