The company said it would use the funding to expand operations as it already serves 16 U.S. cities. 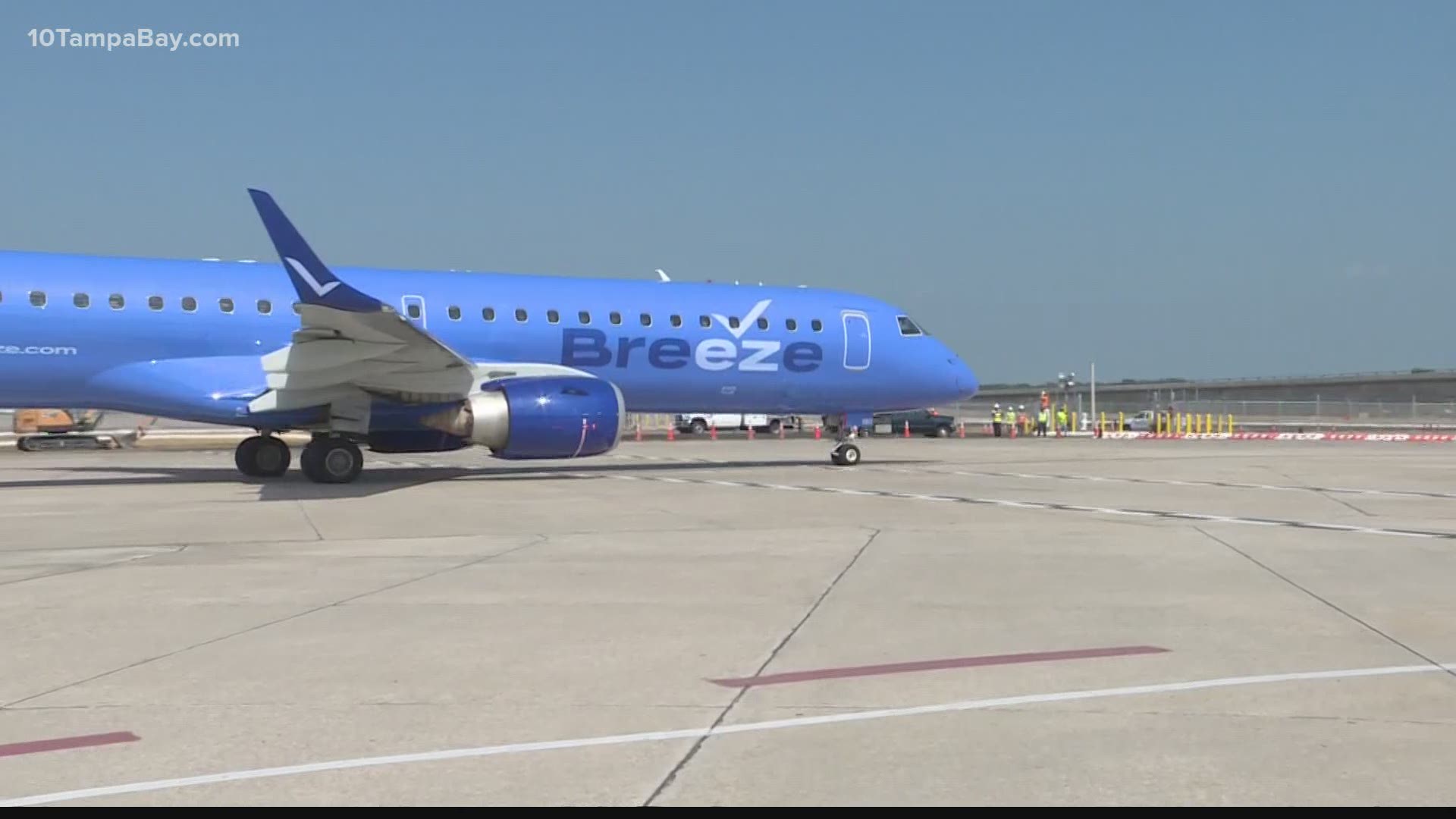 SALT LAKE CITY — As the airline industry recovers after taking a blow during the peak of the coronavirus pandemic, one airline company has used the industry's fall to rise to the top of low-fare flying options.

Right now, Breeze is serving 16 cities in the United States and 39 routes. The airline's CEO, David Neeleman, also the founder of Jet Blue, says Breeze is an airline with low flexible fares to underserved, growing markets. Breeze's first flight was on May 27, from Tampa, Fla. to Charleston, S.C.

The company, based in Salt Lake City, flies 13 Embraer jets, and soon it will start receiving 60 new Airbus A220 planes beginning in October, the New York Times reports. Breeze hopes to receive one new Airbus each month for the next five years.

The company said it would use the new funding to expand operations to serve more cities and routes.

The pandemic stifled the launch of Breeze Airways, but the company was able to use it to its advantage. The NYT reports, the company bought planes more cheaply as other airlines reduced their fleets to cut costs.

Neeleman said in an interview the new funding showed the airline was "here to stay," Reuters reported. He said the funding would allow the airline to "be opportunistic about some airplanes that might be available."

Breeze plans to dedicate at least two planes to full-time charter service and the airline has identified 400 city pairs that align with its approach.