"This is a firecracker that's about to go off. It's like getting in front of all the big alcohol companies right after prohibition," Kapany said. 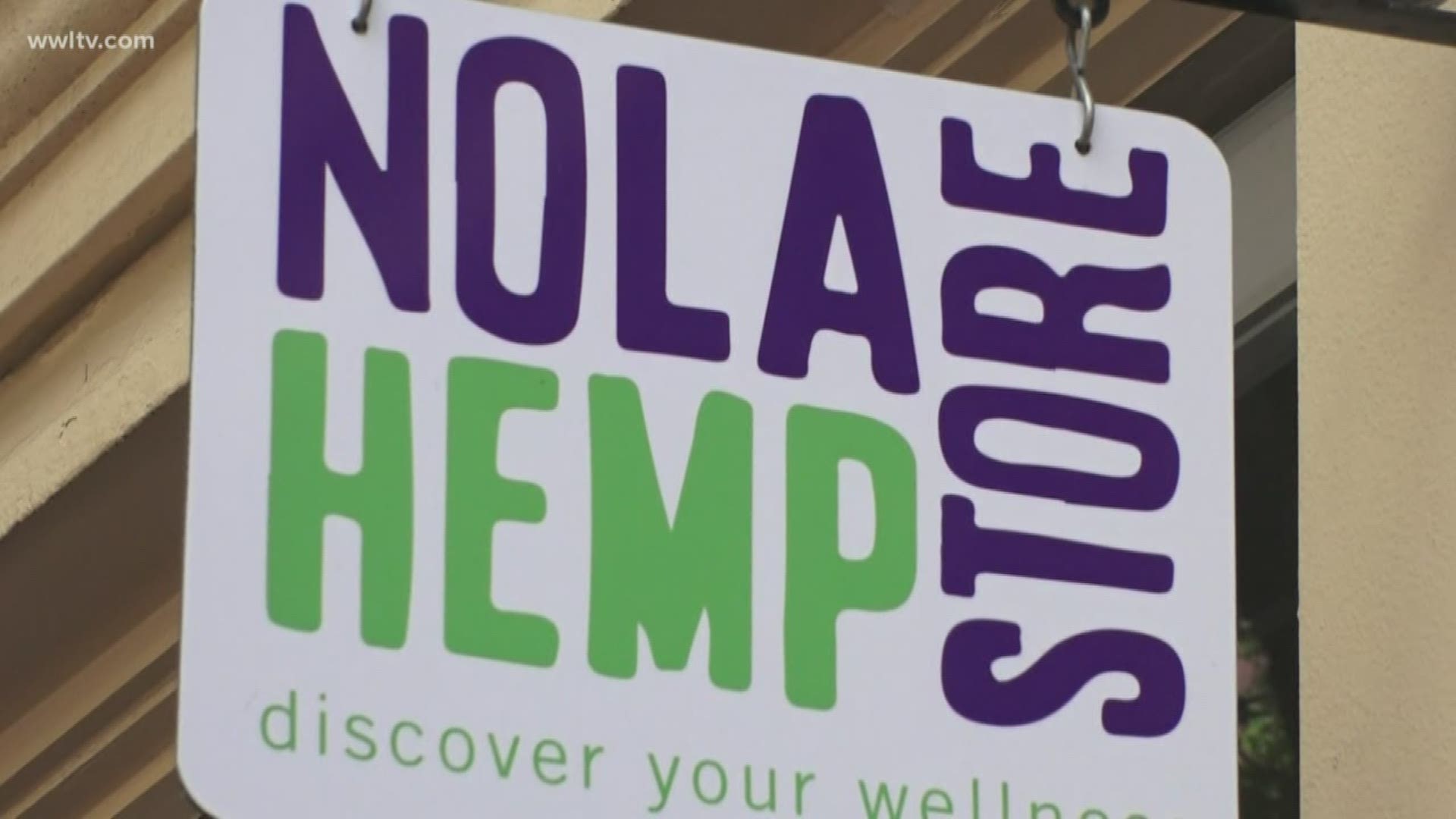 NEW ORLEANS — It seems CBD stores and products are popping up faster than state lawmakers can regulate them.

Just days after legislators legalized CBD extract and industrial hemp production, thousands of people from across the country flocked to New Orleans Friday, to the MJ Business Conference at the Ernest Morial Convention Center, to learn more about the industry and pitch new CBD products.

State law now allows for the cultivation of industrial hemp and CBD extracts with less than .3 percent THC, giving entrepreneurs a jolt of optimism.

Jonathan Andry, who runs NOLA Hemp, was a local at the conference. His store sells CBD extracts in the Central Business District. He said he attended to find new contacts for packaging his oils.

Because of the previous ban, Andry's product is currently being manufactured out of state, in Colorado. Soon, however, he could have the option to bring it home giving him more oversight over production.

"I would have a greater knowledge if it were formulated in Louisiana with Louisiana-grown hemp," Andry said.

He's just one example a local retail business benefiting from the law change.

The trading floor in the Convention Center was lined filled with cannabis-related products, from growing materials to extraction equipment to legal counseling.

"This is a firecracker that's about to go off.  It's like getting in front of all the big alcohol companies right after prohibition," Kapany said.

A few booths away, Widgett Scientific representatives were selling their glassware that captures cannabis oil after the plant material is burned off.

"We need to shift away from oil and gas to stuff like this, it's ecologically sound," Chris Cheramie with Widgett Scientific said.

Kyle Turley, a former Saints offensive lineman, also attended the convention. He was promoting a line of products he said he believes helps relieve injury, especially from playing sports.

"I've got plates and screws and bone on bone and surgeries, and to this day I only use cannabis, no opiates," Turley said.

While other states that have allowed cannabis products (with the psychoactive THC ingredient) have been reaping incredible revenue, even without that, industrial hemp and CBD extract is expected to make a huge impact in Louisiana.