“It’s really hard to prepare for anything,” said Murray. “I’m just hoping the crowd knows what to expect and isn’t too disappointed when they come here.” 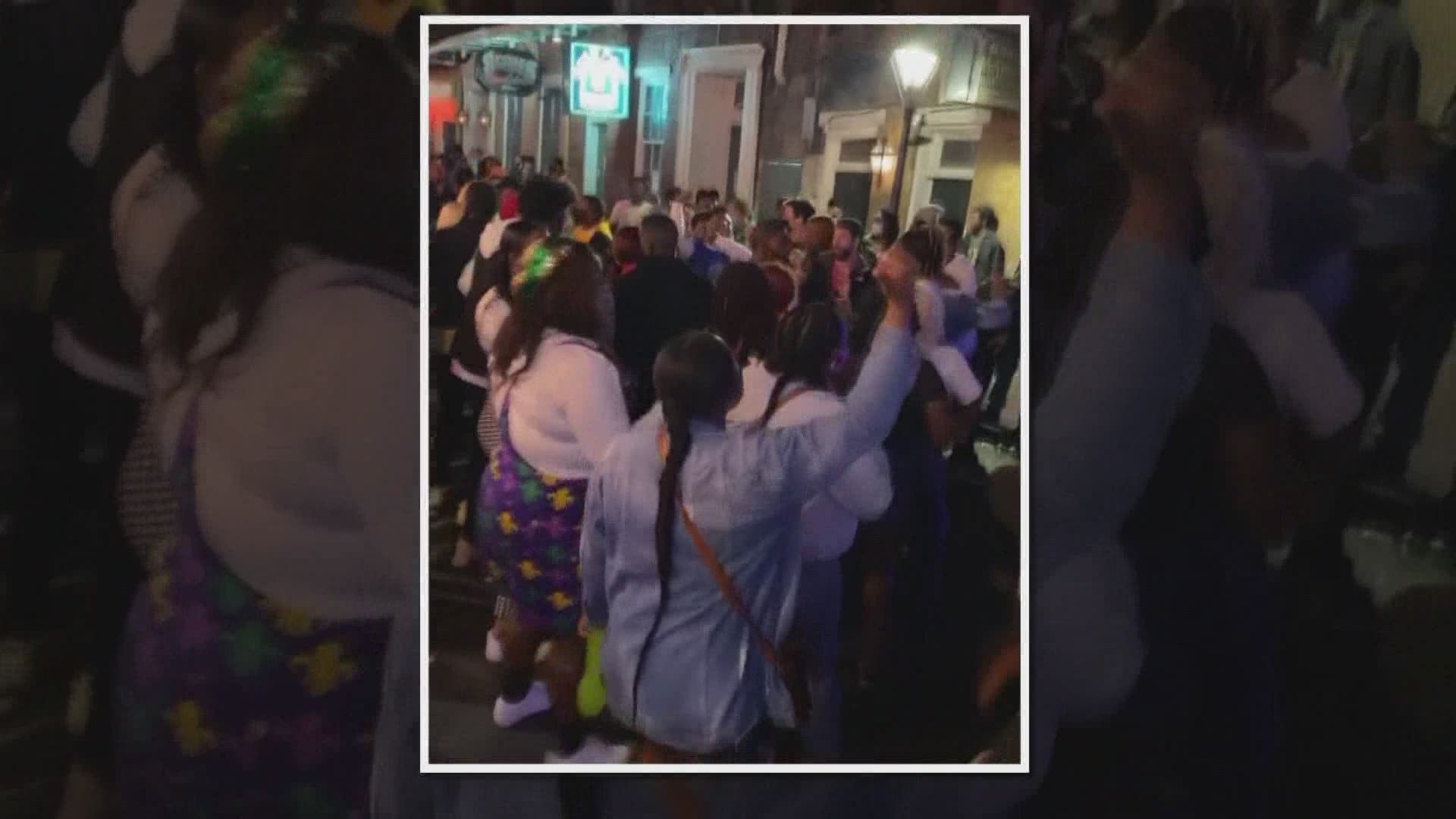 NEW ORLEANS — Just a few steps off Bourbon Street, Adina DeFelice is trying to prepare for an unpredictable Mardi Gras at The Starlight.

“You kind of order everything that you have to and hope for the best,” said DeFelice.

Because of the pandemic, The Starlight, a bar that caters to live music, is struggling to keep the doors open.

“I hope we get a good influx of people that are well behaved and that we make a little bit of money back to try and help keep us afloat,” said DeFelice.

Just down the street, Zoe Murray at Toulouse Dive Bar doesn’t know what to expect this year either.

“It’s really hard to prepare for anything,” said Murray. “I’m just hoping the crowd knows what to expect and isn’t too disappointed when they come here.”

Disappointment may be exactly what happens. A source tells Eyewitness News to expect bars closures to be part of the city’s Mardi Gras rules set to be announced Friday. Those closures could last from February 12th through Fat Tuesday. A separate source tells Eyewitness news no final plan has been given to NOPD but expects officers to be asked to man checkpoints and break up large groups.

Concern amped up when weekend crowds began gathering on Bourbon Street, something even the governor is responding to.

There’s major concern from city and state leaders that large crowds will be super-spreaders for COVID-19 and COVID variants. Governor John Bel Edwards says officers and agents from state police, the fire marshal’s office and ATC will be in New Orleans, focused on enforcing restrictions. The governor is also sending a warning to tourists and locals looking to let the good times roll.

None of us are really sure what any of the rules are day by day,” said DeFelice.

DeFelice and Murray will be paying close attention to new restrictions, which the mayor says must be done.

Mayor Cantrell is expected to announce those new rules Friday morning at 11:30.