How to handle being the 'broke' friend

Financial inequities can be difficult to deal with at any age. 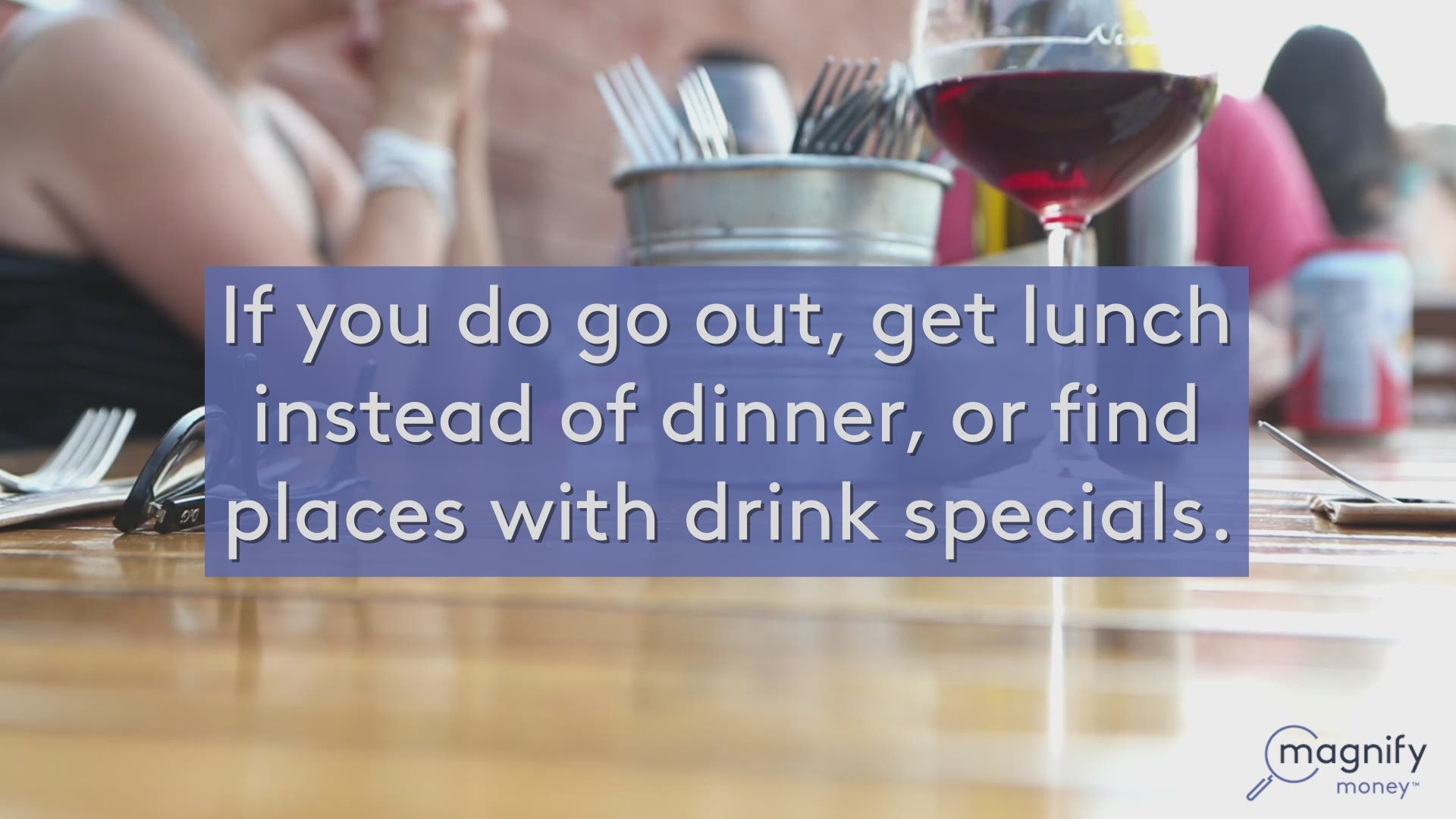 At some point or another most of us have had — or will have to — miss out on dinners, nights out and events with our peers simply because we can’t afford to participate. In other words, we’ve all been the “broke” friend.

Whitney Griffin said she’s used to being the broke friend in her social circles. Griffin, 32, is college educated — she earned a bachelor’s in art from Florida State University in 2009 — yet has never earned more than $19,000 in a given year. It’s not for lack of trying, she told MagnifyMoney, however, she purposefully chose a career path that is fulfilling yet not exactly lucrative.

“There's something to be said for enjoying your life,” said Griffin, who lives in Asheville, N.C. and has worked various jobs in both art and business. “I’ve chosen jobs that I've enjoyed more so than I would make money at.”

It’s when she runs into friends who have more cash to burn that she’s reminded of the financial consequences of her professional decisions.

“When people say ‘oh you should visit Ireland’ or ‘you should take this cruise,’ I'm just sitting there in my head thinking, ‘I should really get health insurance.’”

Financial inequities can be difficult to deal with at any age, as evidenced by Michael Little. Little, a 71-year-old retiree in West Linn, Ore., told MagnifyMoney in his early days of marriage and starting a family, he realized how different his lifestyle was compared with friends who earned more and did not have children.

At a time when everyone’s lifestyles are made public on social media, it can be even more difficult to stay on a path of frugality when it feels as if your peers are doing exactly the opposite.

MagnifyMoney spoke to Little, Griffin and other self-professed “broke friends” to compile a list of strategies and tips they use to cope.

Stick to your values

Little, now retired from a career as a software developer and systems analyst, lived frugally from the start.

“I grew up pretty poor in Indiana,” Little said. “We had a roof, we had good food. I never felt any less than any of my friends. That influenced me — that you could enjoy yourself and be frugal when you have to.”

As a teenager, he hung with a group of friends he described as more well-to-do.

“They [would] just go out and do stuff, and I didn’t have any money,” he said. “I would say I’m not really hungry and go out and get a soft drink or something like that. I was a little uncomfortable with it as a kid.”

When he married his wife Debbie at 30, they had children right away and a lot of expenses. He was in school and again didn’t have as much money as his peers who didn’t have children.

“I learned a lot of financial discipline from my wife,” said Little. “She's really good about saying ‘well, I can't afford that.’”

Make the most of what you can get for free

Hunter Jamison, 19, said a scholarship is the only way he’s able to attend New York University, which can cost up to $72,900 per year, according to The College Board.

He learned to find ways to socialize with peers who have more disposable income than he does.

When a friend suggests they grab a bite to eat, he doesn’t waste an opportunity to use his prepaid campus meal plan.

“If someone wants to meet up and has the meal plan, I’d be like ‘hey do you just want to go to the dining hall,’” he said. “If they don’t, I suggest we cook something because it's a lot cheaper to buy groceries and cook than to always eat out.”

He also takes advantage of school events where there will be free food, and discounts all over the city for NYU students like free access to some museums.

When Heidi McBain, a licensed professional counselor in Flower Mound, Texas, was in graduate school, she had to make her dollars stretch. She decided to take the lead, planning ways to spend time with her friends so they wouldn’t have a chance to propose a super expensive activity.

She said she often suggested they do something outside, like bike riding or hanging out at the beach. If she wanted to have friends over, she’d cook at home or invite them to bring a dish and make it a potluck.

“I was in a very expensive area and I didnt have any money but I'm also pretty extroverted so I like to be around people,” said McBain. “I had to be really creative in how I would spend time with people.”

Little and his wife would look for things to do around town that were free or inexpensive for their family. They had picnics instead of going out to eat at a restaurant, and went to the movies on Tuesday afternoons as opposed to Saturday nights.

“Every vacation I ever went on as a kid … we went camping,” said Little. He did the same with his children, and continues to pass his love for the outdoors down generations.

He often took his family on camping trips to the mountains. There, his children could get filthy playing in the sand and enjoy roasted marshmallows.

“Tomorrow, I’m taking my grandson up on the mountains and we are going to take him sledding.

It'll cost me the price of a tank of gas and some snack food,” said Little in an interview with MagnifyMoney.

Don’t fall into the ‘drinks’ trap

“One of the easiest ways to kind of blow through money is dining out” and meeting up with friends at bars, said Griffin. “It’s really easy to blow through a tab without noticing.”

So she limits herself to having only one drink — and not finishing it so she’s not obligated to get the next round — and the cheapest thing on the menu. She says it's often a salad or something else inexpensive.

While in graduate school, McBain realized if she signed up to be the designated driver, she wouldn't have to deal with pressure to spend money on drinks.

“If I didn't have money, I would always drive,” said McBain. “People always love having a DD, so that worked out really well.”

Going out? Eat and drink ahead of time

When Griffin wants to go out to eat or out on the town with her friends, she plans to eat and drink a bit ahead of time, so she doesn’t spend as much money when she’s out.

“If I’m really wanting to go out and party, then I'll bring my flask on the side,” she told MagnifyMoney. “I tend to pack my lunch box every day that I go to work anyway, so I have no problem filling up on snacks.”

Focus on the bigger picture — your goals

You may need to sacrifice going out to dinner once or twice to join your friends at another time at an event or on a vacation, and that’s OK.

“It’s about choices,” said McBain. “People get invited to stuff all of the time, regardless of how much money you have, it's about being really choosy.”

During her graduate school days, she would cook at home or pack her lunches to save money so if something big came up, she could still go.

“If there was a new restaurant and everybody was going, I had saved money very rarely eating out so that I would have it for the bigger things,” said McBain.

“Find friends that are sympathetic to your situation,” said Jamison. In any environment there definitely are people that are frugal like you.”

He said this makes it so that not spending money doesn’t mean you’re not socializing.

“There are definitely a lot of people — even if they have money — that don’t spend money left and right,” said Jamison.

You can even make frugality social. For example, Griffin suggests hosting clothing swaps when you need new wardrobe pieces in the name of environmental conservation. Everyone would clean out their closets before the event. During the event the clothing, is displayed and people can browse and take what they want, with no money involved.

There are also many online Facebook groups, like Frugal Homemaking and Living and Frugal Family Life where affordable-minded folks get together to share tips and support one another.

Be frank with friends who don’t understand your situation

There will always be that friend who just doesn’t understand when you have to constantly turn them down.

“I had one friend and he was one that didn’t get it,” Little told MagnifyMoney. “He came from a family with a lot of money.”

He would invite Little and his wife to go on couple’s vacations and out to $200 dinners.

If Little balked, his friend would respond with something like, “You guys have really nice jobs you should have the money.” But he was putting his money into retirement, something he knew his friend didn’t need to do because he inherited close to a million dollars. After an invite to Costa Rica, Little finally broke it to his friend.

It can be frustrating to feel like you’re always playing the “sorry, I’m broke” card, but it shouldn’t be an issue for your real friends.

“If you have a good friendship, you should be able to say ‘I really would like to go but I just don't have the funds to do that,’” said McBain.

“People need to give themselves permission when friendships change to not have to feel like they need to stick with it,” she added. “Really, the heart of most friendships is spending time together.”

MagnifyMoney is a price comparison and financial education website, founded by former bankers who use their knowledge of how the system works to help you save money. 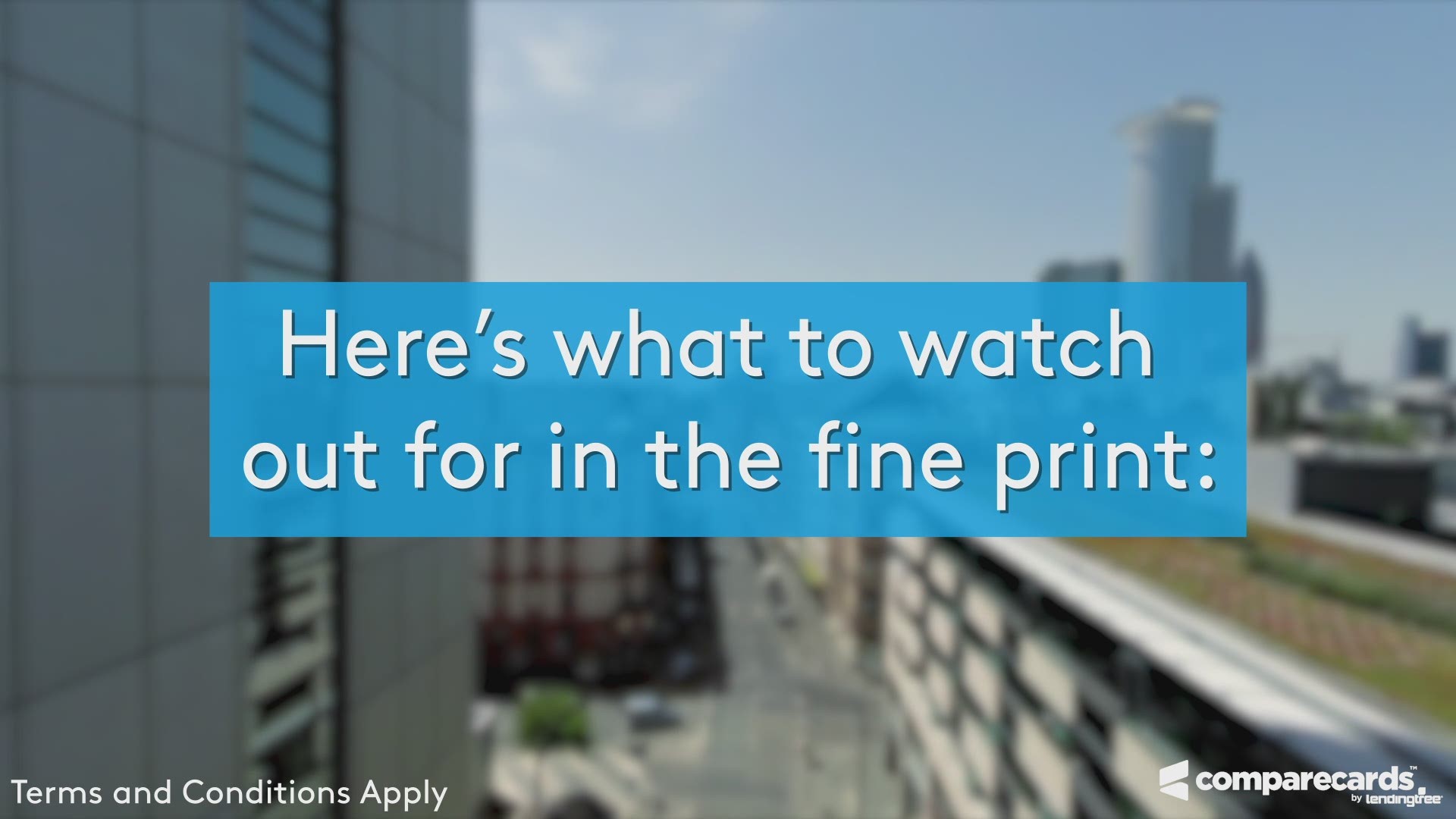 MagnifyMoney: What to know about cash back credit card offers