The U.S. economy has recently received several "alarm bells" suggesting we're in for another financial letdown in the near future. 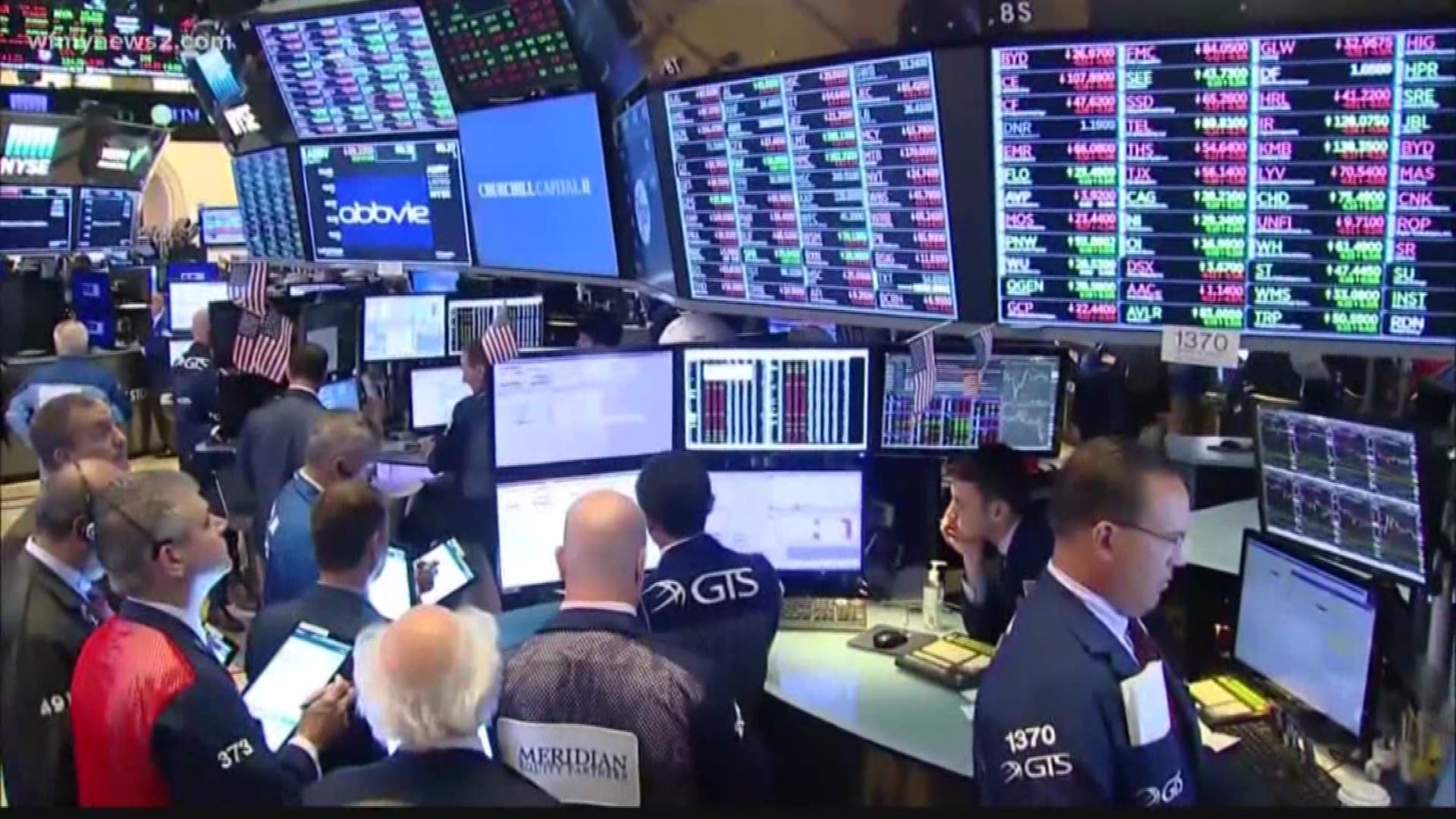 For us non-economists in the world, it's a complex idea.

Right now, it has the very intelligent people who professionally follow the U.S. economy on high alert. The reason:

The last five times the yield curve flipped, the U.S. experienced a recession, on average, in 17 months.

WFMY News 2 asked financial advisers to help explain what all of this means, and then we translated their notes for those of us without a degree in finance. Keep reading for pictures of puppies along the way.

We'll start with a few basics:

Bonds, And How They Are The Key

- The government is obligated to repay investors when the bond's time is up. This means bonds are very safe investments. The interest rate does not change once investors buy it.

- If you lend your money for a longer length of time, you should expect the government to pay a higher amount of interest on your loan.

It's very similar to stocks, but people buy bonds because the government is obligated to pay you back what they promised. There's no risk of losing money, but on the flip side, you usually earn interest slower than stocks.

The length of the bonds are important, too. If you are going to lend your money to the government for a longer period of time, you would expect to have a higher interest rate than if you invested the money for a shorter amount of time.

What Is The Inverted Yield Curve? Why Is It Important?

- Financial advisers measure and chart A LOT of different bonds, but the "2-year/10-year yield curve" is the one in the news right now.

- Yesterday, the 2-year/10-year yield curve flipped. The interest rates for 2-year bonds were higher than 10-year bonds. The last few times it flipped, the U.S. went into recession soon after.

- "An inverted yield curve doesn't guarantee a recession. It's a reflection of investors' concern about the future of the economy." Matt Logan, Financial Adviser

On Wednesday, August 14th, 2019, a measurement that tracks bond interest rates briefly flipped upside-down. For a little while, the interest rate on 10-year bonds dropped to 1.623%, below the 1.634% interest rate of 2-year bonds. Explained: if you lent money to the government, they would pay you a higher interest rate for shorter loans, which is NOT how bonds usually work.

This ruffled some feathers in the financial world. The last five times this yield curve flipped, an economic recession in about 17 months. Here's proof:

Economic recession, you may remember, is when the economy slows down. Generally, a recession means people lose jobs, make less money, buy less stuff and businesses make less products. This means tough times for just about everyone in the United States.

When the 2-year/10-year yield curve points to a possible recession, people pay attention.

Why Did The Yield Curve Flip?

- Many investors point to U.S.-China trade war, among other things, as a reason to be worried about the economy.

- Many investors will buy bonds when they get worried about the future because they want to make a safer investment.

- Supply and demand affects the price of bonds. The price is direct tied to how much money the government will pay to borrow your money (a.k.a interest rates).

Uncertainty and investing go together like milk and orange juice. When people invest, generally, the goal is to max out how much money you can earn and minimize the risk you take. Bonds are generally characterized as low risk, low reward, because investors are guaranteed to keep all their money, but the amount of interest they earn is low.

But when investors think a rocky economy is on the horizon, bonds can look like a nice security blanket. This year, for a many reasons unrelated to the yield curve, investors have, in fact, been buying more and more 10-year bonds.

If a lot of people want lollipops, the lollipop dealer can charge more money for each lollipops. That's supply and demand. How it applies to bonds: when people want more bonds, the government can lower how much money they pay in interest. This means the more people buy bonds, the lower the interest rate.

One of the biggest reasons the yield curve inverted: people bought so many 10-year bonds, the interest rate became lower than the 2-year interest rate.

Will There Be A Recession?

Answer: it's possible, but it likely won't happen for a while.

"There's now about a 40 percent chance we see a recession," John Thompson, Financial Adviser, "for right now. You just need to be aware. Gather as much information as possible before you make any big decisions with your funds."

RELATED: China threatens retaliation if US tariff hikes go ahead