Unemployment benefits are ending; what's next?

President Trump says he wants the second stimulus check to be greater than the original $1200, but unemployment benefits end Friday, so what now? 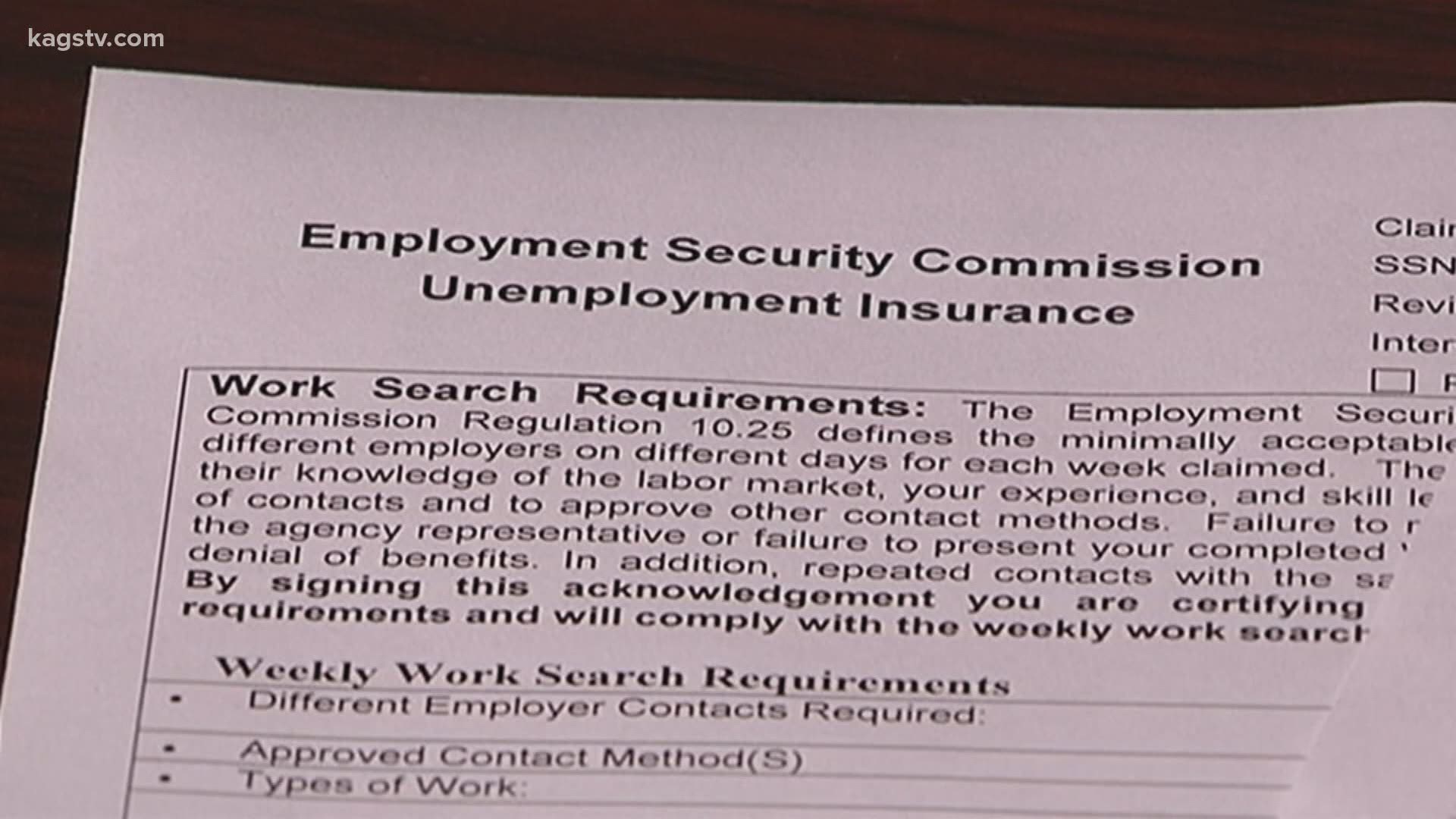 COLLEGE STATION, Texas — President Trump announced Wednesday that he wants the second stimulus check to be greater than the original $1200. As federal unemployment benefits end this week, many people are waiting on the government to pass another bill to help them during these unprecedented times.

July 31 marks the last day of the weekly $600 unemployment checks by the government. As unemployment rates still remain high, this is not a good sign for many, and one local expert says these benefits are actually good for economic recovery.

“The goal of the stimulus check and the enhanced unemployment benefits was really intended to provide a bridge between that unprecedented shut down due to coronavirus and some period of time we can get back to normal economic activity. The fact that the stimulus benefits and specifically the unemployment benefits are ending, could create problems in terms of the recent resurgent we had in coronavirus, that’s really kind of slowed down the economic recovery here in Texas and in the Brazos Valley," said Texas A&M Mays School of Business professor Michael Howard.

Providing these benefits to unemployed people may even help the nation’s economy recover better.

“You want to avoid situations where people lose their homes or are forced into decisions that are more irreversible. If we can maintain some sort of support during this period of time when they’re not getting their paychecks or their paychecks are reduced, that will help our country recover more quickly,” said Howard.

The decline of coronavirus cases in the Brazos Valley over the last couple weeks and the return of the university students next month will help the local economy. But, without the government coming to a decision now regarding the benefits, unemployed workers may struggle through the next weeks or months.

“I’ve honestly been very worried because I just received the last extra benefit payment for unemployment and I’m not sure how that’s going to affect me, because it’s me and my husband and my daughter right now, so it’s a lot of people to provide for during this time," said former restaurant manager Sawyer Clotz.

During this period of not working, Sawyer has applied to more than 70 jobs, but these uncertain times is keeping companies hesitant from hiring more people.

The HEALS Act was proposed by the Republican party on Monday, but now the government will need to find a middle ground for the next relief package.