If the money is no longer in your bank account, your name will go on a collections list if it's not returned by the May 15 deadline. 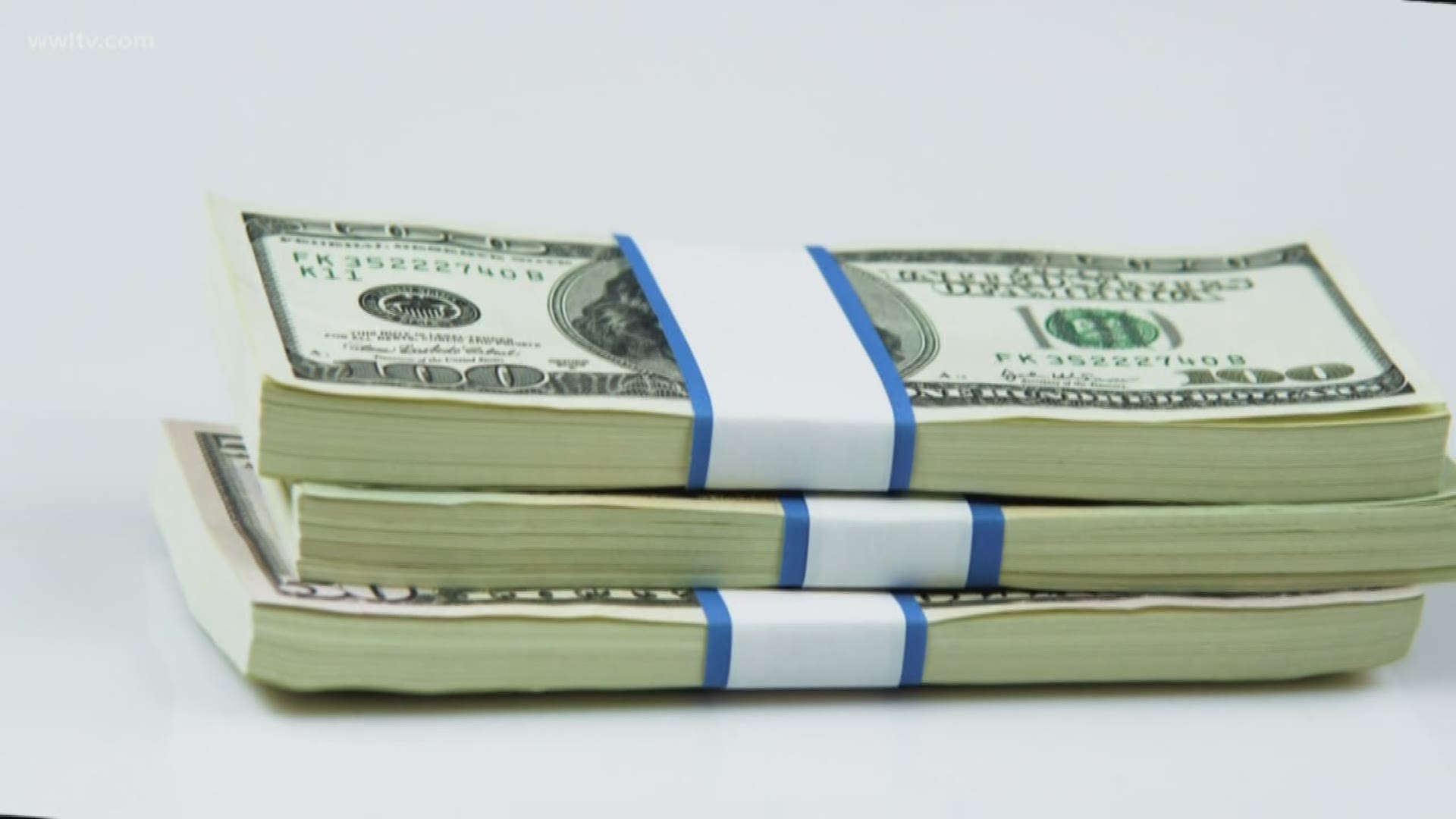 NEW ORLEANS — If you were one of the many taxpayers who accidentally got a double refund, Louisiana Department of Revenue officials said they want that money back.

If the money is no longer in your bank account, your name will go on a 'collections list' if it's not returned by the May 15 deadline.

Steve Gibson was online earlier this week when something really caught his attention. It was a post on the WWL-TV Facebook page, alerting people to check the deposits in their checking accounts.

RELATED: Louisiana sends double tax returns to thousands, trying to get $26 million back

"So I checked my statement and I had received part of the money, well all of the money on the 13th, and then on the 14th, I saw where it was deposited again," said Steve Gibson of Slidell.

Sure enough, he was one of the nearly 67,000 taxpayers who got their Louisiana state tax refunds, twice. He got in touch with his son right away.

"I texted him, just joking, 'See if you got extra money this month.' And of course, he said, 'No,'" Gibson said.

Later that day, the extra deposit had vanished.

"Like I say, it went in out so fast that I didn't even notice it," he said.

"We're glad that they did catch it immediately, because then they can retrieve the money immediately also and correct the error," said Jerry Schreiber Jr., a CPA in Metairie.

Louisiana Division of Administration officials said a computer error is to blame. The total over-payment came to $26 million and was mostly made through bank account direct deposits and debit cards, so much of it was able to be quickly reversed, officials said.

If the state can't get the money directly from the bank, however, over-refunded taxpayers will get a letter from the revenue department on how to pay it back.

"We're fortunate this is early in the season and not later, when the volume of the returns would increase," said Schreiber.

State officials said the recovery effort won't interrupt the regular processing of tax returns. JP Morgan/Chase bank officials said to contact a local branch if you have a problem.

"Well, I didn't see it quick enough or I probably would have spent it," laughed Gibson.

From the Louisiana Department of Revenue

What if a taxpayer has already spent the duplicate refund?

If the state fails to recover the funds electronically, the Department of Revenue will send the taxpayer a letter with repayment instructions. The taxpayer will have 30 days from the date of the letter to return the money.

If after 30 days the funds have not been returned, the Department of Revenue will issue a bill, at which point the normal collection process will begin, including the application of penalties and the accrual of interest on the amount due.

What if a taxpayer has already returned the overpaid amount and the duplicate refund is also electronically recovered by the state?

Contact the Department of Revenue by email at DuplicateRefund@la.gov with proof of repayment. Once the department has verified the duplicate repayments, a new refund will be issued.