You have a better shot at becoming President of the United States. 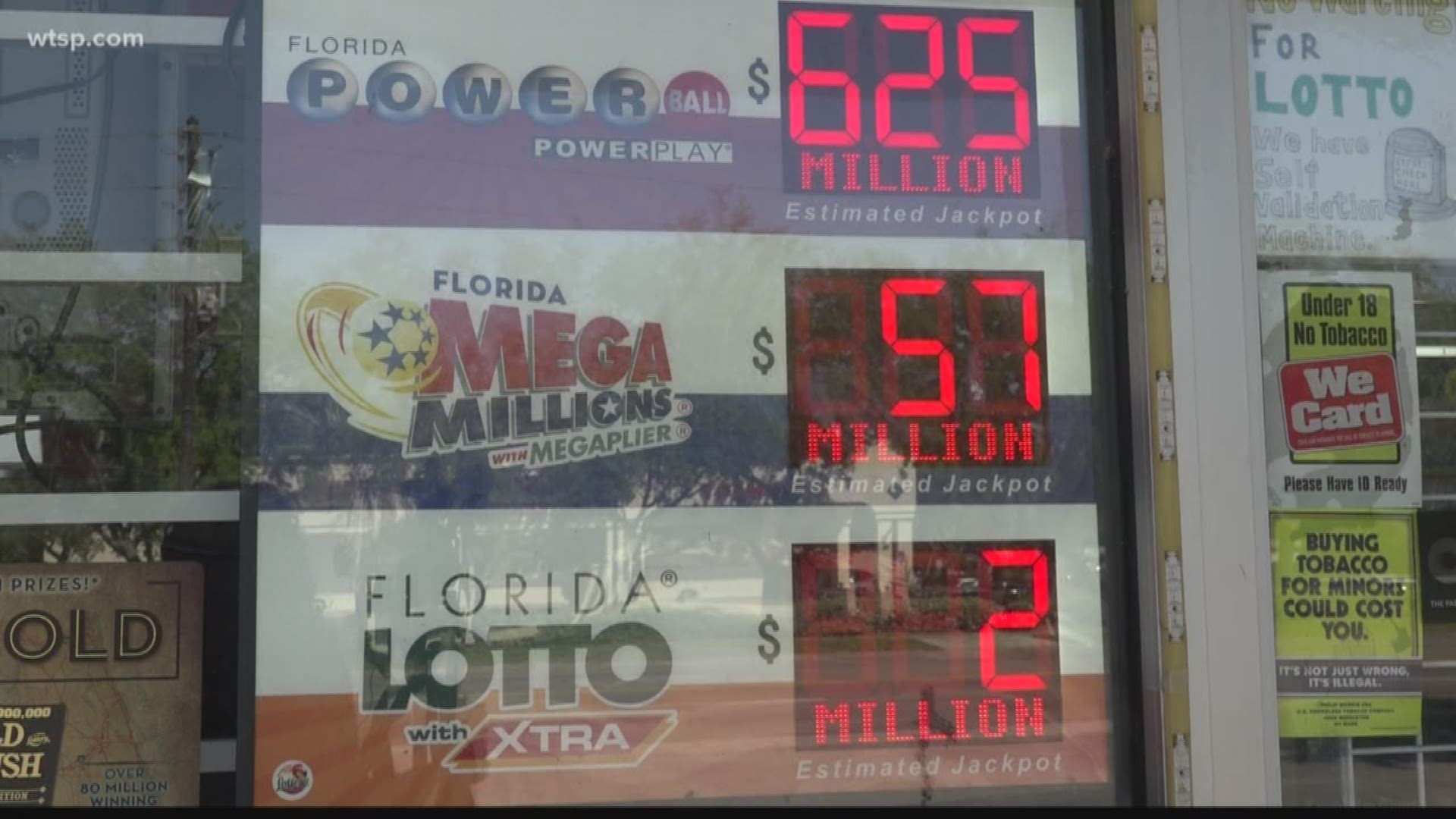 ST. PETERSBURG, Fla. — With 2020 behind us and 2021 off to a rocky start, we could all use a little bit of luck. That's why many people are hoping to cash in big and win the lottery.

Who wouldn't want a shot at all that cash, right?

Well, you might want to keep your expectations in check, because there's a number of strange things more likely to happen to you, than winning that cash pot.

Insider actually made a list of things that are more likely to happen.

1. Being Killed by Hornets, Wasps or Bees:

As painful as a bee or wasp sting is, chances are it won’t kill you. The National Safety Council estimated the odds of dying by a hornet, wasp or bee sting are 1 in 54,093.

2. Becoming President of the United States:

If you had your hopes set on the Oval Office, the chances of becoming president could be about 1 in 32.6 million, according to The Motley Fool. Those odds increase drastically when you’re between the ages of 40 and 72, have a law degree, are a military veteran or a man of faith above six feet tall.

You can't have it all right? Apparently, fame and fortune don’t go hand-in-hand. According to the Bureau of Labor Statistics, the mean hourly pay for actors was $32.89 per hour as of May 2017. Although few acting jobs will put you on the A-list, landing a role for a big-screen film is far easier than winning the lottery. You’re better off buying a ticket to Los Angeles than spending the national average of just over $200 on lottery tickets a year.

4. Going to the Emergency Room With a Pogo Stick-Related Injury

To be fair, pogo sticks are hard to use. Just be aware that if you have the misfortune of spending an afternoon on one, your chances of bouncing your way into the ER are about 1 in 115,300, according to Deseret News.

Your odds of birthing conjoined twins are about 1 in 200,000, according to the University of Maryland Medical Center. Your odds of giving birth to normal identical twins? About 1 in 250.

Basically what we're trying to say is, you don't have a great chance of winning, but hey, you only live once, so why not?

Here's how you can play:

Players may pick six numbers from two separate pools of numbers - five different numbers from 1 to 70 (the white balls) and one number from 1 to 25 (the gold Mega Ball) - or select Easy Pick/Quick Pick. You win the jackpot by matching all six winning numbers in a drawing.

There are a total of nine ways to win a prize in Mega Millions, ranging from the jackpot down to $2.

If your resolution was to WIN MORE be sure to pick up a MEGA MILLIONS ticket for the chance to win the $625 MILLION 🄹🄰🄲🄺🄿🄾🅃!🥳💸