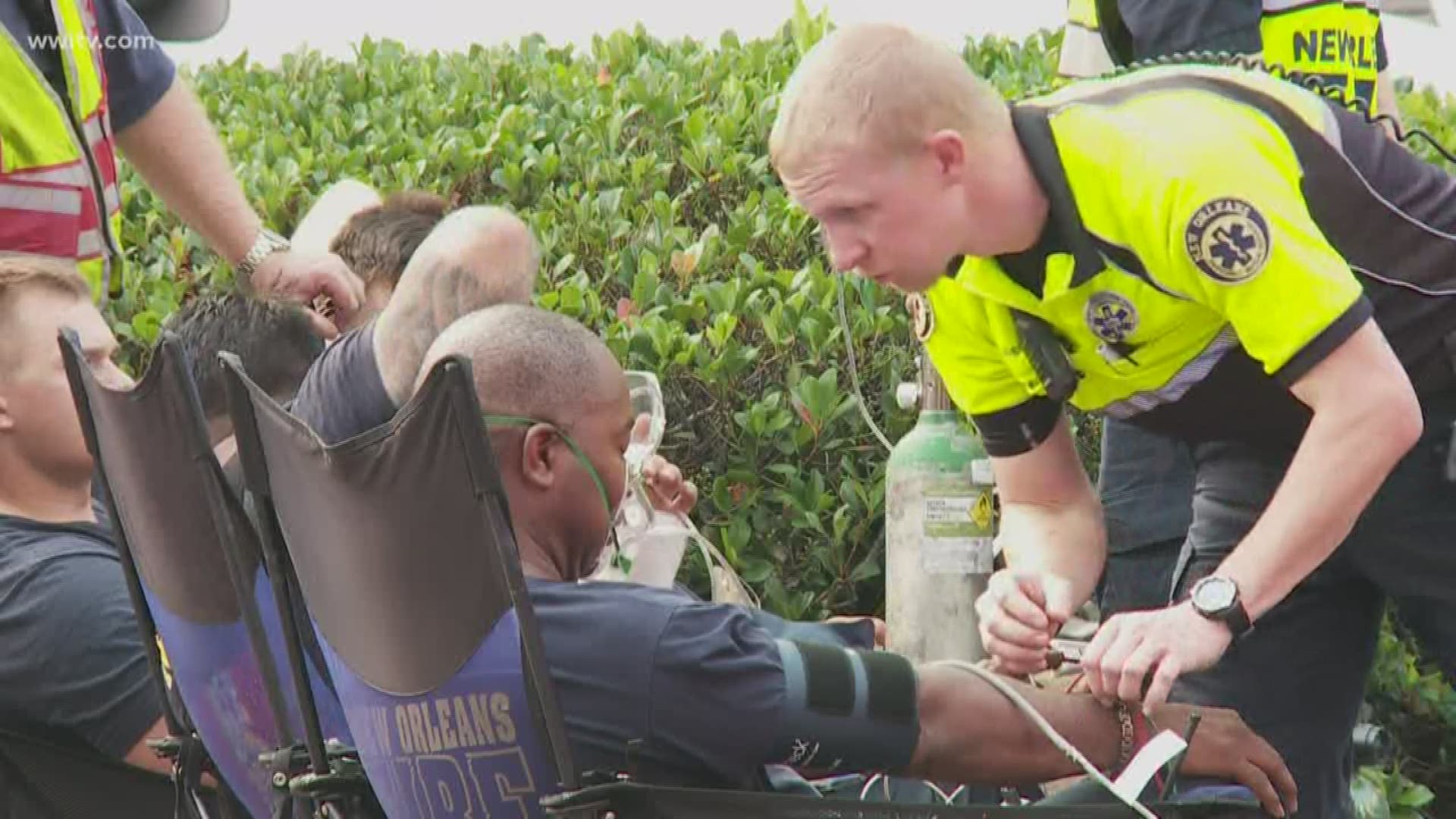 NEW ORLEANS — Ten firefighters were treated for breathing in smoke as the New Orleans Fire Department contained a four-alarm fire at a hotel in the Central Business District Sunday.

Firefighters were still outside the Le Meridien Hotel in the 300 block of Poydras Steet Monday morning. Hours after the fire had been controlled, smoke started coming from a manhole cover on the street around 7 a.m. Monday. Entergy New Orleans was called to the scene to investigate.

Sunday, hotel workers and firefighters evacuated hundreds of guests from the 410 room hotel around 4 p.m. after smoke was spotted coming from the top of the building.

Firefighters arrived at the hotel to find most of the hallways and stairwells filled with smoke. An Entergy spokesperson said power to the building was cut at the fire department's request. First responders called for more crews to find and fight the fire, elevating the blaze to four alarms by 6 p.m.

The fire was deemed under control at 7:15 p.m., the fire department said. Firefighters said the hotel's sprinkler system, which activated throughout the building, helped contain the flames.

Le Meridien staff said the hotel was at 95% capacity when the fire started and guests were not able to stay in the building overnight. Employees were working with guests to set up other accommodations. Many guests, unable to re-enter the building to get their belongings, sat outside waiting to find out where they would be staying.

In total, 21 fire trucks and 82 firefighters responded to the fire.