Two police officers were hit by a vehicle, an additional officer was run over Monday night during a protest. All were taken to ECMC BUFFALO, N.Y. — WARNING: Video below may be disturbing to some

New York State Police say two law enforcement officers were hit by a vehicle and another was run over Monday night during a protest in front of the Buffalo Police Department's E District police station on Bailey Avenue.

Video of the incident was captured on video by a Twitter user.

All of the law enforcement personnel who were hit were taken to ECMC for treatment. The trooper who was run over suffered a shattered pelvis and a broken leg. The other trooper and Buffalo Police officer were treated for minor injuries.

After the car ran through the blockade of officers, police and troopers fired shots at the vehicle. While taking the driver into custody, officers noticed a gunshot wound on the driver and one of the passengers. A second passenger was unharmed. The two people shot were taken to ECMC.

Mayor Brown says, "Two people that were struck by gunfire in the vicinity of Langmire and Bailey were two of the individuals that were in the vehicle that mowed into the police line, but again, this is still under investigation."

RELATED: 3 charged in connection with incident that injured 3 police officers 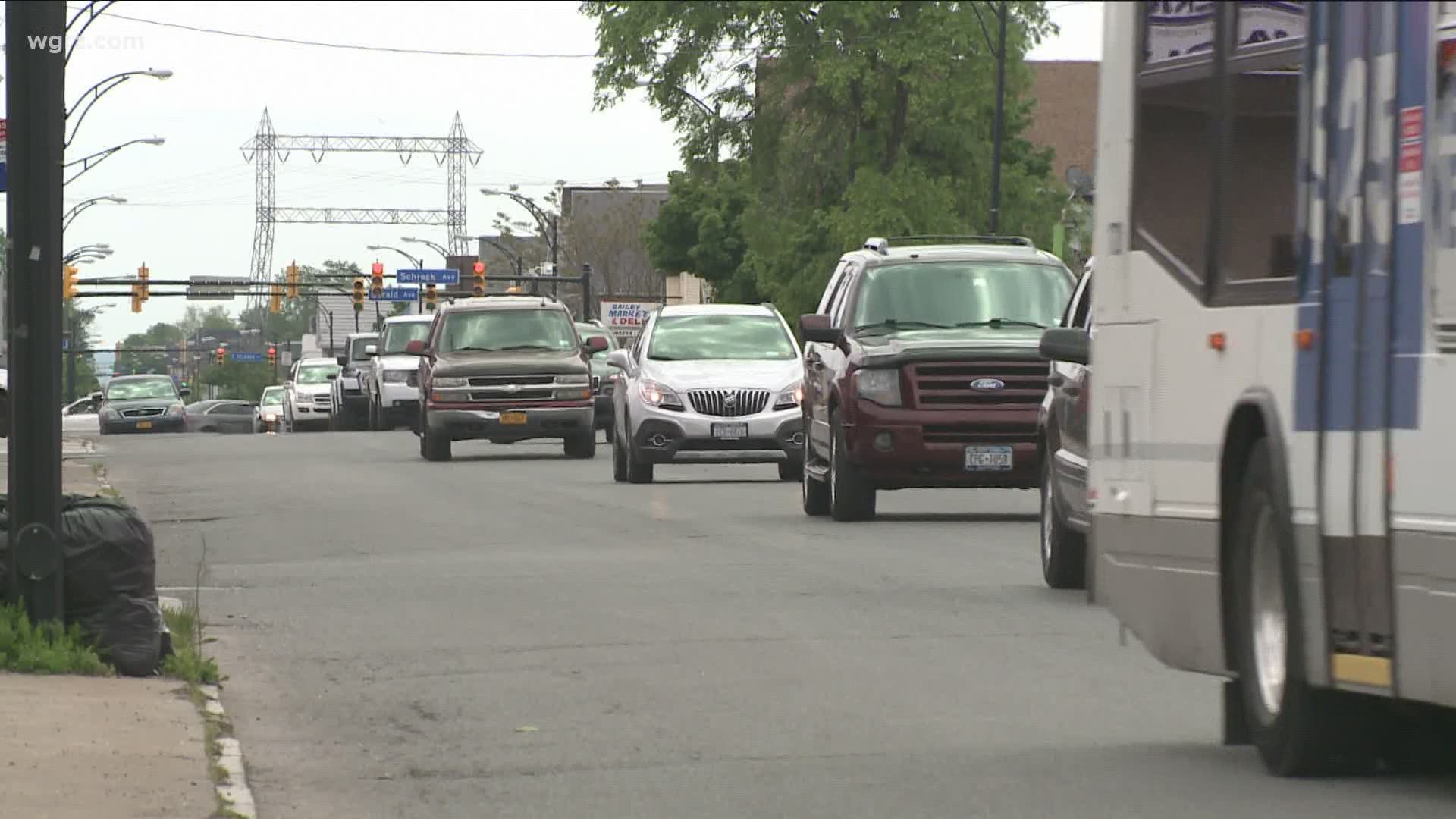 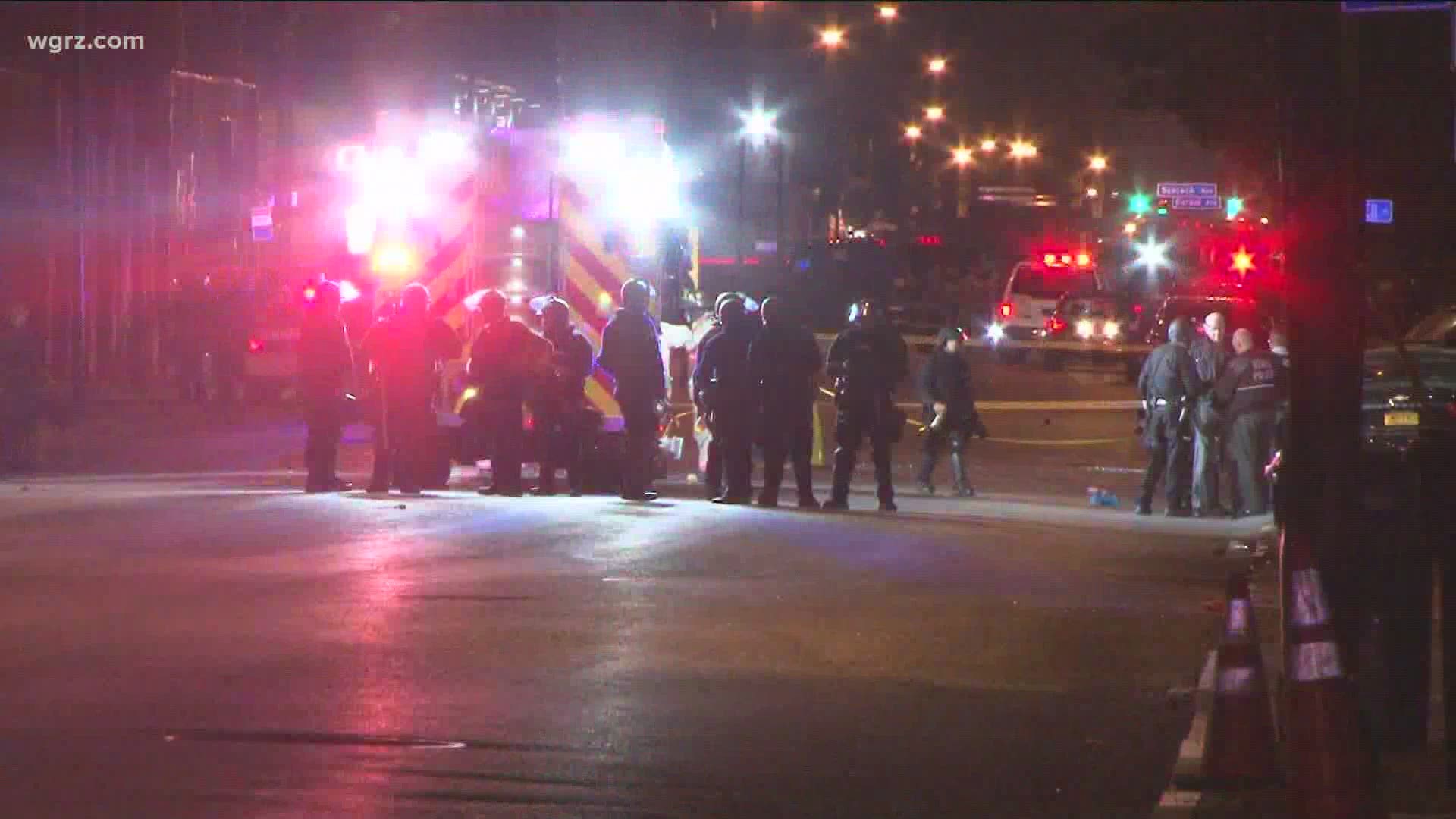 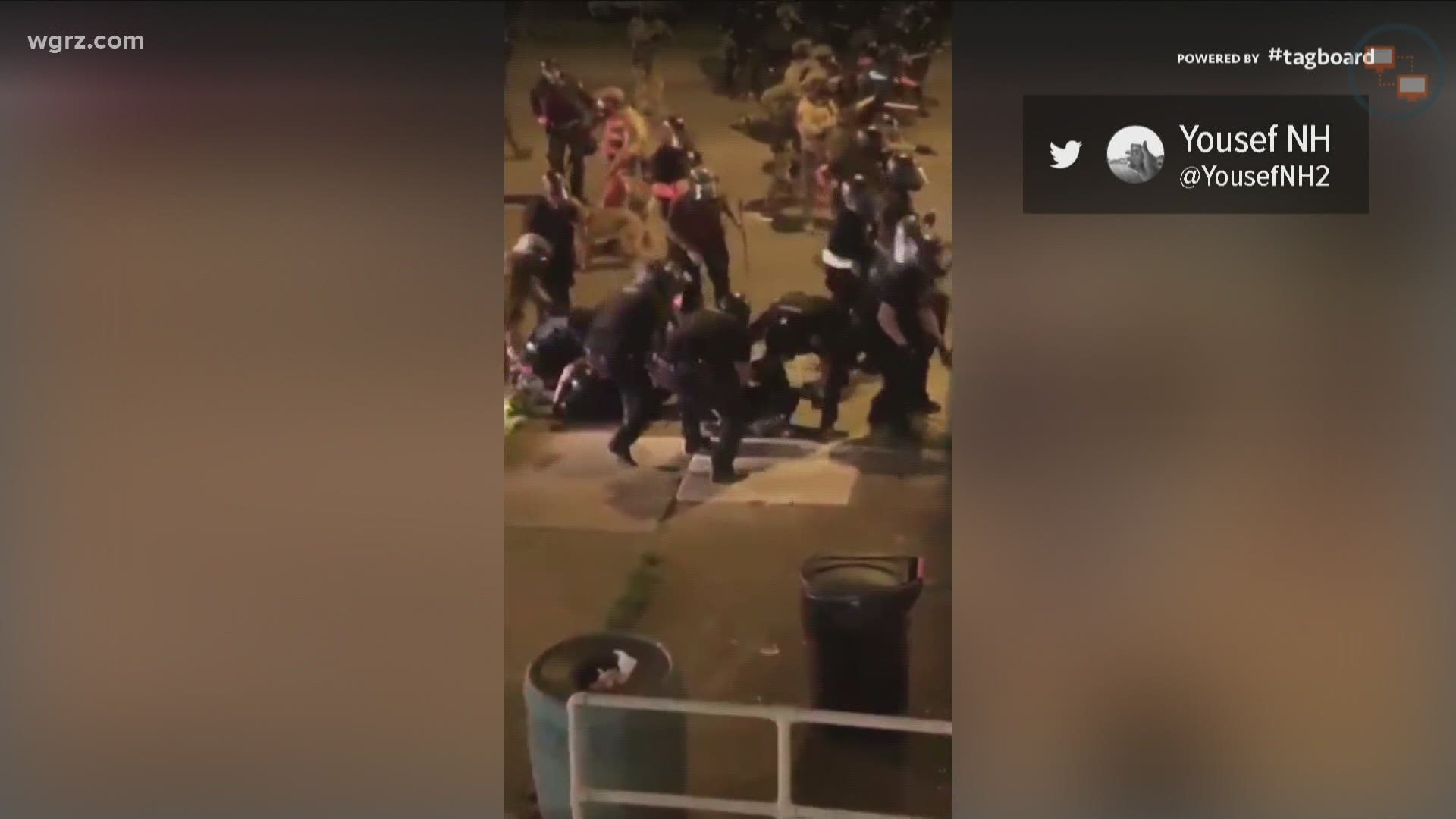 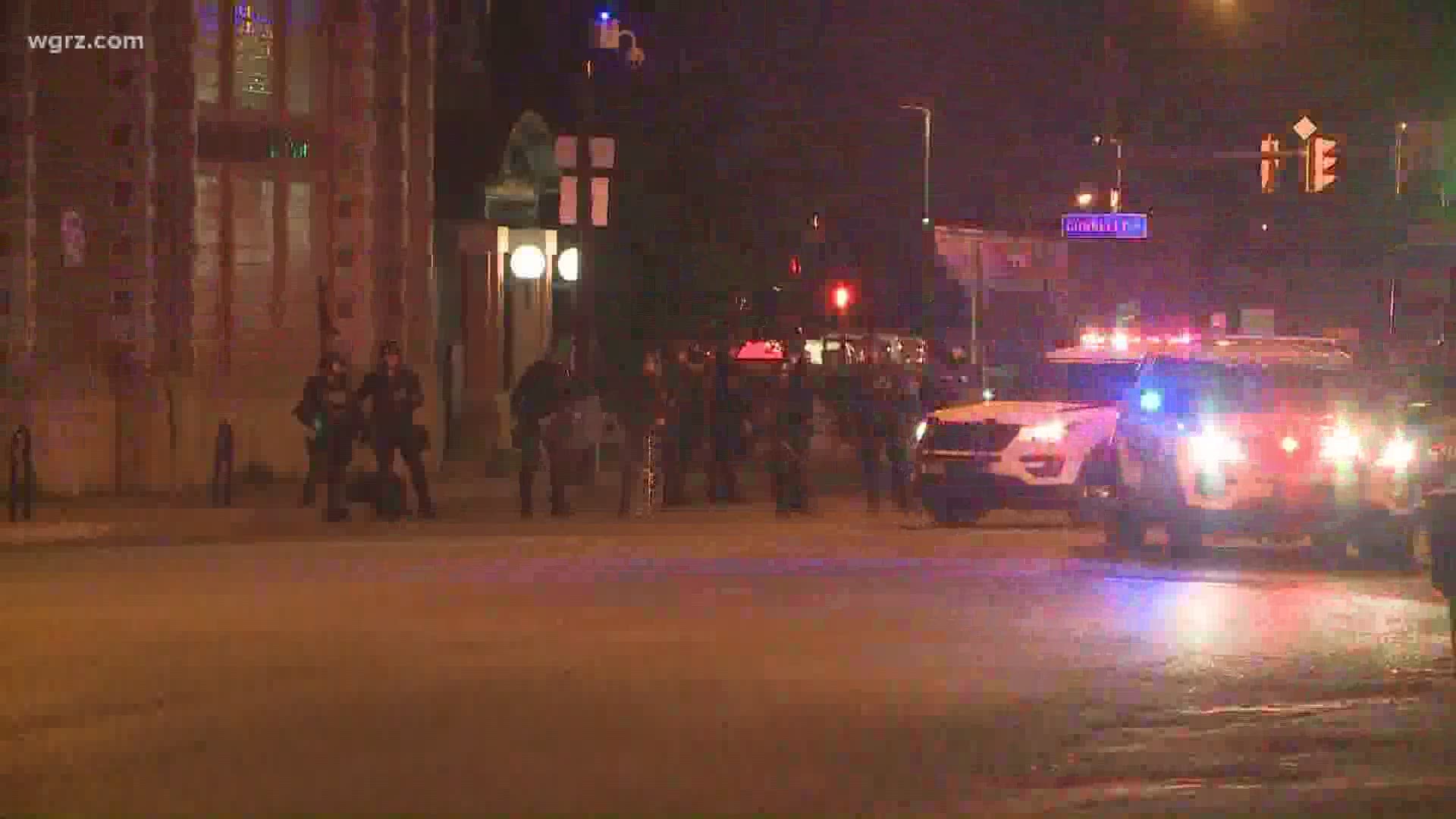