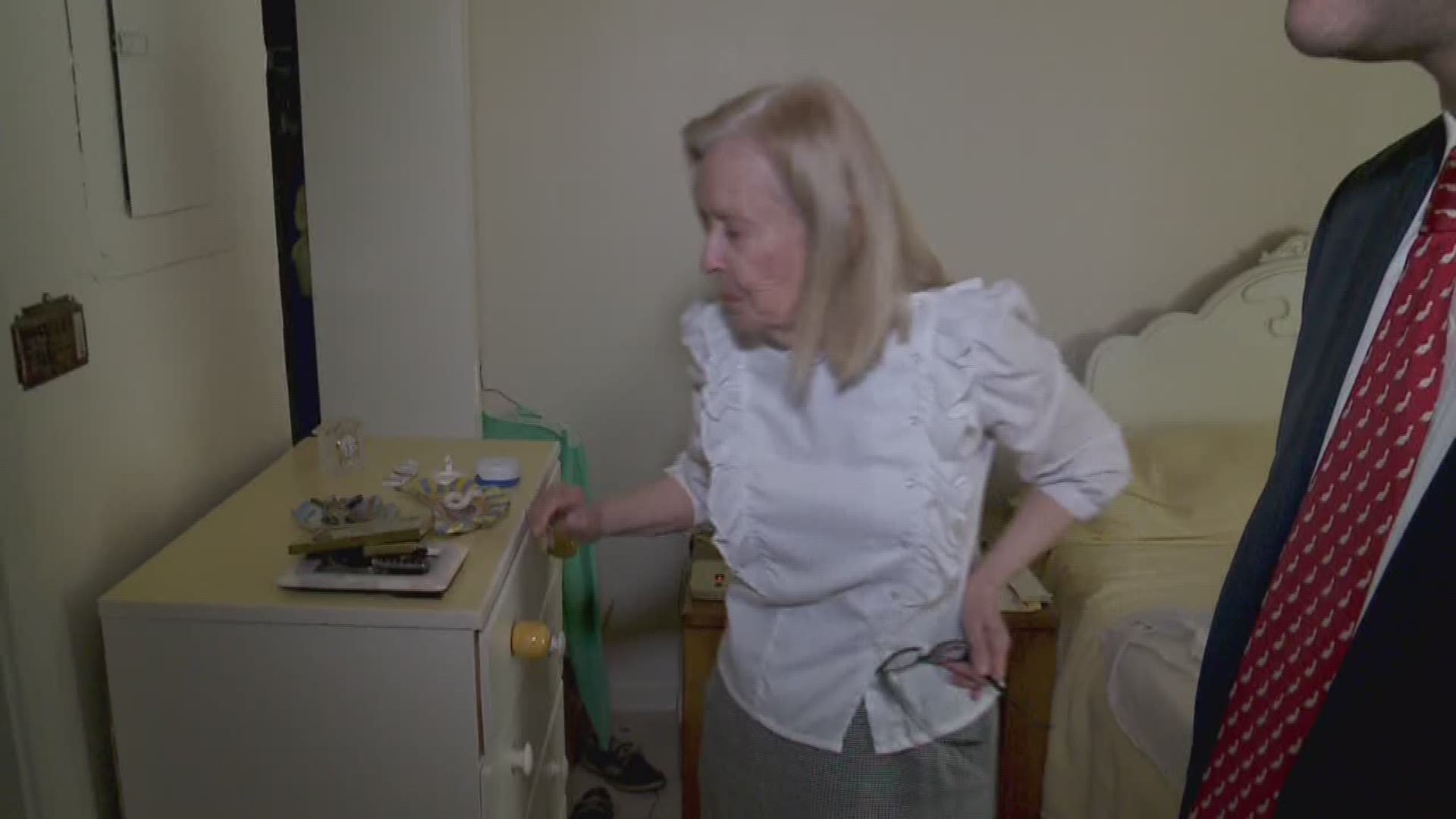 NEW ORLEANS -- For the past 28 years, room 513 in the Papillion Apartments has been the home of Evelyn Benjamin.

Now she has to pack up the 971-square-foot apartment.

“It’s crazy. Look at the boxes, I can hardly walk,” said Benjamin, gesturing at her piles of boxes.

This is a day she has seen coming for nearly 11 years. Just after Hurricane Katrina, Tulane University bought the building and sent residents a letter saying, in part, that residents should “begin making alternative arrangements” because “it is unlikely they’d be able to continue living at the Papillion.”

“They don’t care what happens to me as long as I moved out,” said Benjamin.

“So finally, since we weren’t moving, they agreed to let us stay,” said Benjamin.

Eight years later in 2013, the remaining tenants including Benjamin received notice from Tulane they would have to pay their portion of property taxes the university has to pay for the non-Tulane-affiliated tenants.

A statement from a Tulane spokesperson explained the building is mostly student/faculty housing, except for the remaining pre-Katrina residents.

“The Papillon Apartments are tax–exempt, except for those apartments occupied by non-Tulane affiliates,” said a statement from Tulane. “In 2014, after nearly a decade of paying taxes on those units, Tulane began passing on some of these costs to non-Tulane tenants.”

In June 2016, Benjamin got a notice saying her lease would not be renewed and she must find a new place to live.

So, she bought a condo but said she can’t live there based on medical issues.

After a 5-week extension from a judge, July 31 was the last day unit 513 in the Papillion apartments could be home to Evelyn Benjamin.