"Unfortunately, this is a building that is another example of the property not being taken care of; it got into a very dilapidated condition, it is scheduled to be torn down," said NOFD Chief Tim McConnell 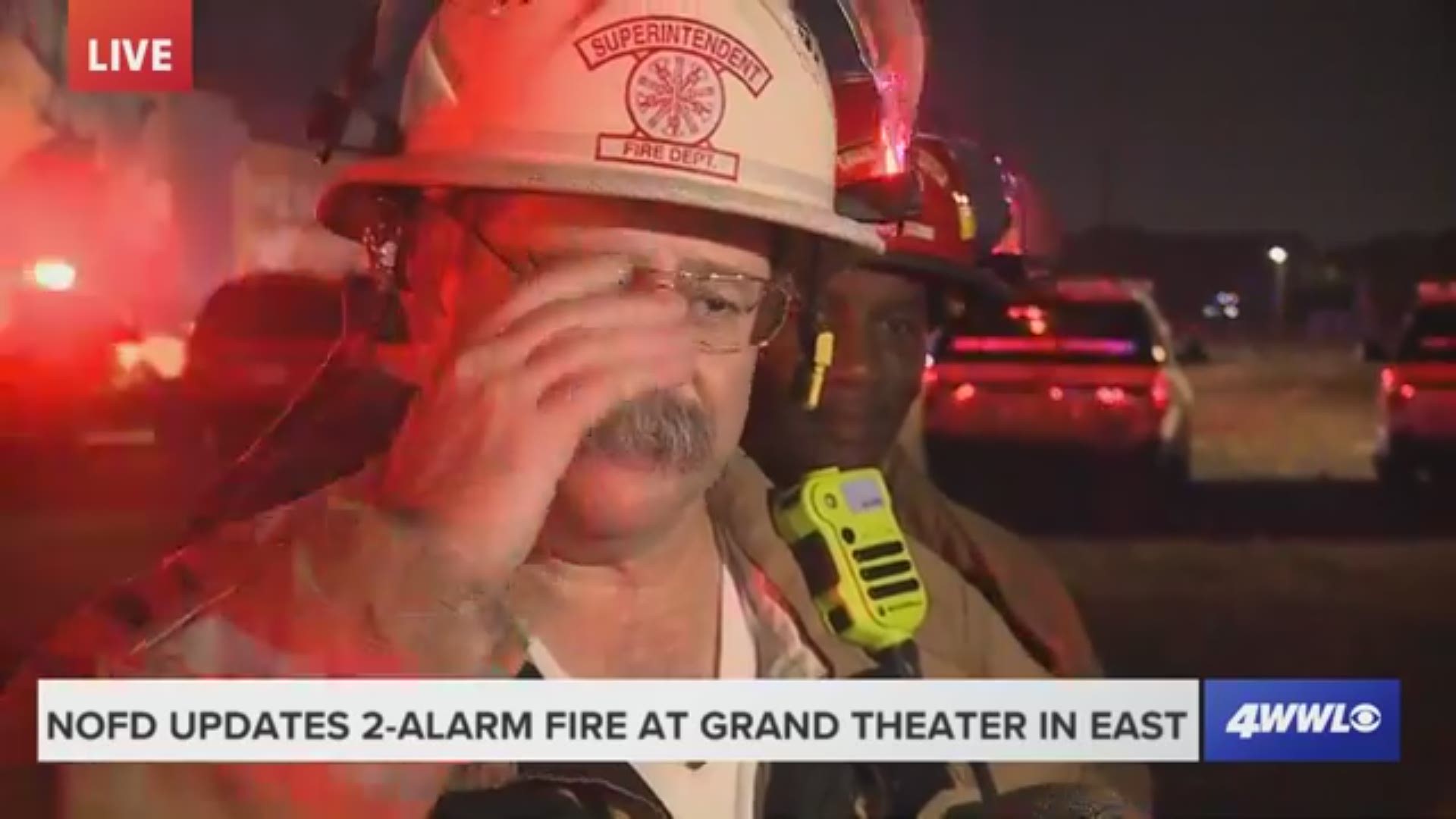 Around 9 p.m. firefighters got the call that the once-iconic building abandoned after Hurricane Katrina had caught fire. Units were on the scene to fight the blaze within 5 minutes, according to NOFD Chief Tim McConnell.

Once inside the building, which is located in the old Lake Forest Plaza at the intersection of Read Boulevard and the I-10 Service Road in New Orleans East, crews found the source of the flames in one of the theater rooms.

The more than 50 NOFD members on scene were able to contain the blaze, which did not elevate past two alarms, McConnell said. Still, fire climbed the inside of the building and caused part of the roof to cave in before being brought under control.

There were no injuries and no initial reports of anyone in the building during the fire, McConnell said.

"Unfortunately, this is a building that is another example of the property not being taken care of; it got into a very dilapidated condition, it is scheduled to be torn down," he said.

While the cause of the fire is under investigation, the chief said there is no power going to the building, eliminating the possibility of an electrical accident. He also said neighbors in the area had reported people going in and out of the shuttered theater.

During the height of the blaze, several firefighting crews could be seen dumping water from ladders on top of the smoking building.

The well-known Grand Theater has been shuttered since 2005, when Hurricane Katrina ravaged the already-aging building.

Since then, it has been abandoned. For years, people have asked what to do with the once iconic structure -- whether to tear down or revive and reopen the building.