Alcohol might be dehydrating you more than you think 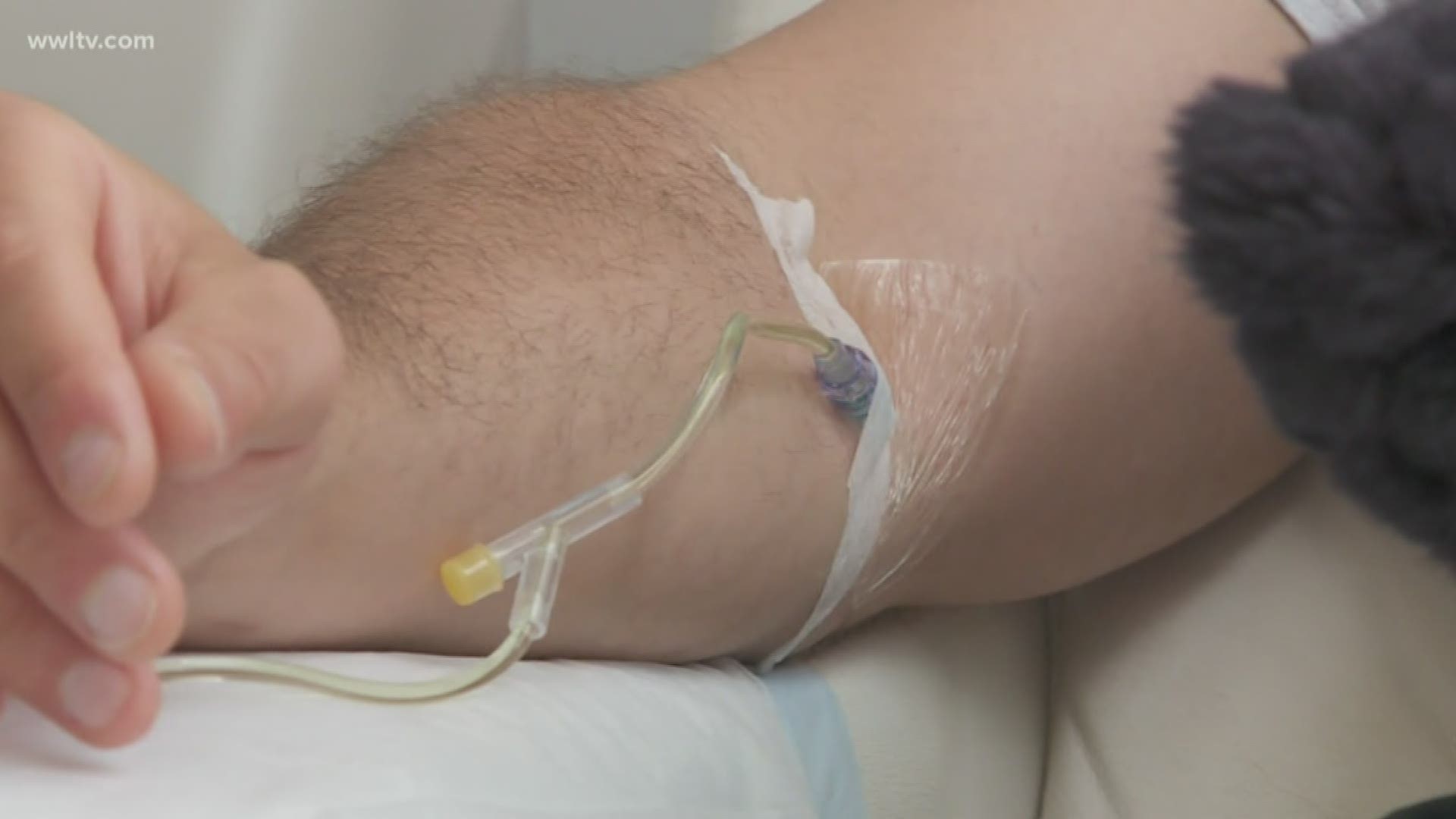 NEW ORLEANS — Three-hundred people die from heat stroke every year in the U.S., and doctors at University Medical Center have already been treating heat stroke cases for nearly two months.

New Orleans EMS tells us that already for the month of June, they have gotten calls from 26 people for heat related health problems in Orleans Parish.

Part of that problem is alcohol.

The Remedy Room on St. Charles Avenue is getting plenty of business this week, with people getting IV fluids to feel better.

"Coming back to New Orleans and the humidity, the heat kind of over the past few days can be a bit much on the system, so I felt very dehydrated," said patient Tara, who had just gotten back from a trip in a cooler climate.

Another patient felt dehydrated as well.

"I work in construction and I try to drink as much as I can throughout the day. And as much as you want to try to drink and keep up with the heat and humidity, like you just can't do it, so this is like huge to help out with that," said Danny, who was getting fluids by IV.

“Most commonly, they'll just kind of say they feel dehydrated and just really tired, so we give them the IV fluids and vitamins and electrolytes and it goes straight into their blood so they just feel a lot better, a lot quicker too," said Remedy Room Physician Assistant, Sunny Trambadia.

Over in the East Jefferson General Hospital Emergency Room, the number of people coming in with heat related problems is climbing. Emergency Department Director Dr. Roland Waguespack says he sees patients of all ages, but the very young and old are especially vulnerable.

He says hydrate well before you go in the heat, and that alcohol makes things worse.

"So alcohol, even though you may be drinking lots of fluids there, it is a diuretic, so you're becoming dehydrated even though you feel like you're getting a lot of fluids in you," Dr. Waguespack said.
Alcohol also dilates your blood vessels in your skin, making you even hotter.