And here's why the owner says he hopes for understanding 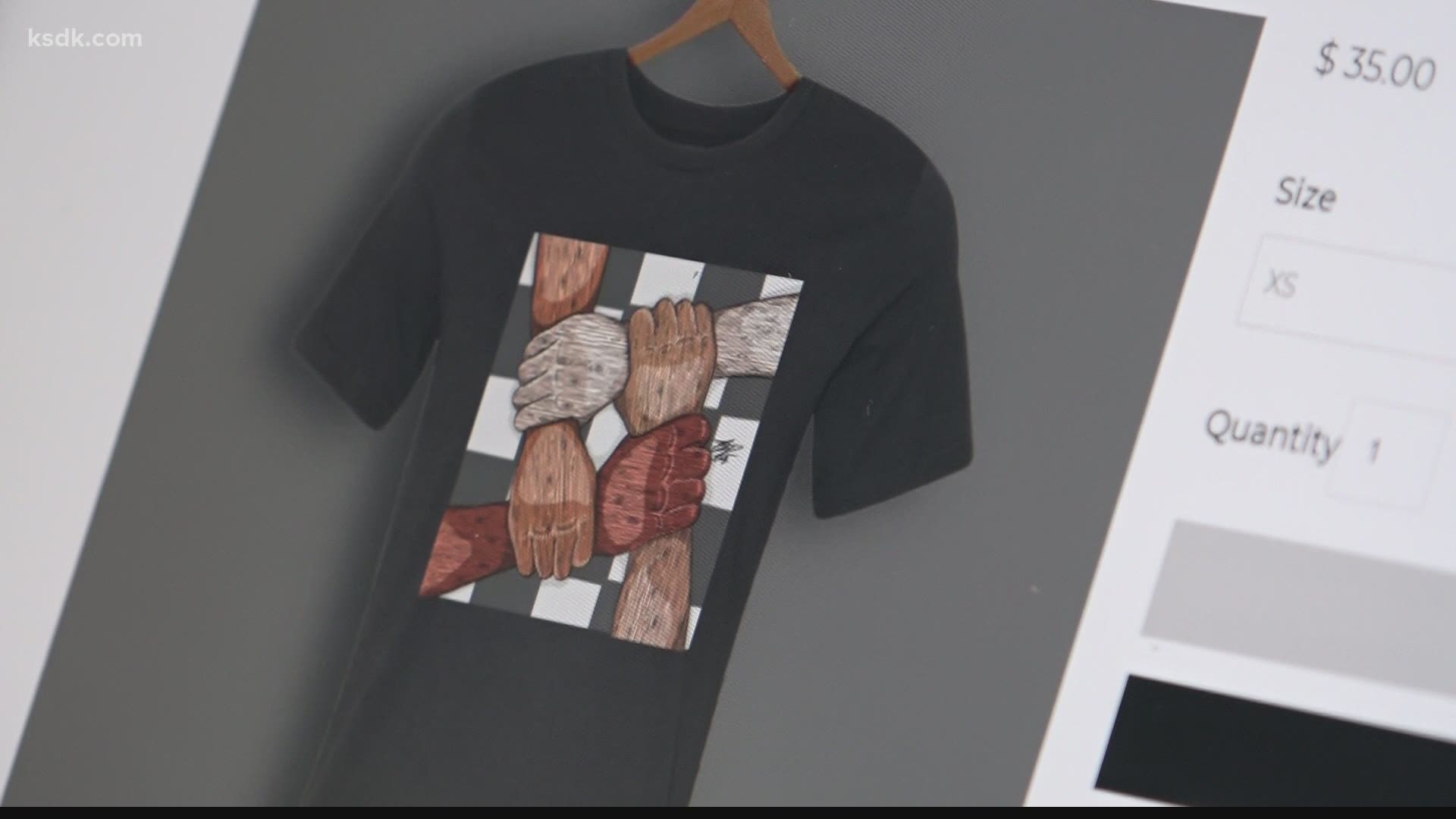 ST. LOUIS — A popular local clothing company is on the defensive after one woman described an incident with the owner that now has people questioning the brand and its motives.

The newest shirt from Arch Apparel is also a fundraiser for the national Black Lives Matter organization, bringing in more than $6,000 since its pre-order debut Wednesday. It’s called the “Unity tee,” featuring a design by local artist Frank Anthony, but response is divided. The store’s Instagram page has been flooded with commenters calling on others not to buy the shirt.

“I’m good. Cool shirt, but your owner spend yesterday dismissing concerns and screaming at an African American woman. No one should be talked to that way, period,” reads one comment.

“How you respond is how you are going to be remembered,” Mariah Dobson told 5 On Your Side. She’s the woman that comment references, a local Christian artist who’s been asking local businesses to speak up in support of the black community on their social platforms.

“It’s important for me to see that they care," she said. "For me to put my black dollar into a business, I want to put that into a business who I really legitimately feel is not just trying to profit from what’s happening but who really truly care about black lives."

That included reaching out to Arch Apparel, a company with which she’d worked positively in the past. She said she had a good interaction with the company’s social media team and thought that was that.

In a video she posted to her Instagram account, though, she describes a very negative phone call she says she received from the company’s owner, Aaron Park, who she considered a friend.

“He was literally saying ‘you look silly’ trying to tell us what to do, you have no idea what we’re doing, blah blah blah, and I said ‘no no no, actually, my point was legitimately to say that going longer without saying anything at all would be harmful and it was a company that I did support and I wanted you guys to hear from me.' He called me silly, he called me self appointed, he said that I was also aggressive and talking down and being disrespectful,” she said.

The video in which she describes the call has been viewed more than 8,600 times.

“As a black woman speaking up, it’s not fair that as soon as I voice my opinion, and help, in the tone that I was, that as soon as I do that, now I’m aggressive and angry and all this stuff," she said. "That’s exactly what keeps us from speaking.”

Park posted his own response in which he says even before Dobson reached out, the company was working on the “Unity” t-shirt and had plans for action.

He described the DMs sent to the company’s Instagram account as “very accusatory, very forward, aggressive tone, assuming that, because we hadn’t said anything on black out Tuesday, that we must stand for something else.”

“We let her know what our plan was, and unfortunately that still didn’t make her happy, even though the plan was to launch this shirt and raise tens of thousands of dollars for Black Lives Matter the very next day, she felt like we needed to do something,” said Park.

RELATED: Want to help? Organizations looking for and offering support after Minneapolis unrest

He said he is sorry for his tone in his interaction with Dobson. Both say they’ve had friendly and productive conversations about race relations in the past.

“I want to be clear: I had a very disrespectful tone to a friend on a phone call, that I felt disrespected from that friend who questioned my heart and what I stood for. Mariah knows what I stand for, she knew we’re trying to do something amazing, and my emotions were high, and, you know, I apologize for my tone and how that could come across in that situation, but I felt like my heart and my intent were questioned both individually and as a business, and only two hours later you put it out there and put it in public,” he said. “I probably would have woken up the next day with a clear head and apologized to you as a friend and said ‘sorry, that was an inappropriate way to speak to you as a friend, as a person, as another human being on this planet.’ That doesn’t mean that I am racist. And I think that’s dangerous, dangerous territory to get into. And I apologize for my tone, but I am passionate about what I stand for, what Arch Apparel stands for, and that is equal rights for everybody.”

Park voiced concern that blow back like what he’s receiving right now could persuade anyone struggling with how to respond to these tough issues to simply stay silent.

“What makes me worried here, guys, is, like, making assumptions about businesses, individuals and what they stand for, before you give them a chance to speak, is kind of like what got us here in the first place: not listening,” he said.

"If you recognize that someone's trying to help the situation, and they're not really sure, or they're doing it clumsy, help them," he said. "We have a big platform, we want to use it for good."

RELATED: COVID and curfews: Small business owners adapt to yet another hurdle

Dobson stands by her video speaking out and those choosing to no longer support the company.

“This is not the time to say ‘we’re trying,’ this is not the time to say ‘give me more time to figure out,’” she said. “As a Christian woman of color, I felt like it was my duty to stand up for what’s right and my duty to let people know the truth behind the scenes. I had a very unique opportunity to see what was going on behind the scenes and what was in the heart of Aaron versus what he was actually putting out there. And that might sound harsh, but I believe what you do behind closed doors is actually what you feel.”