Officials say the fire is under control after burning on the barge all day. 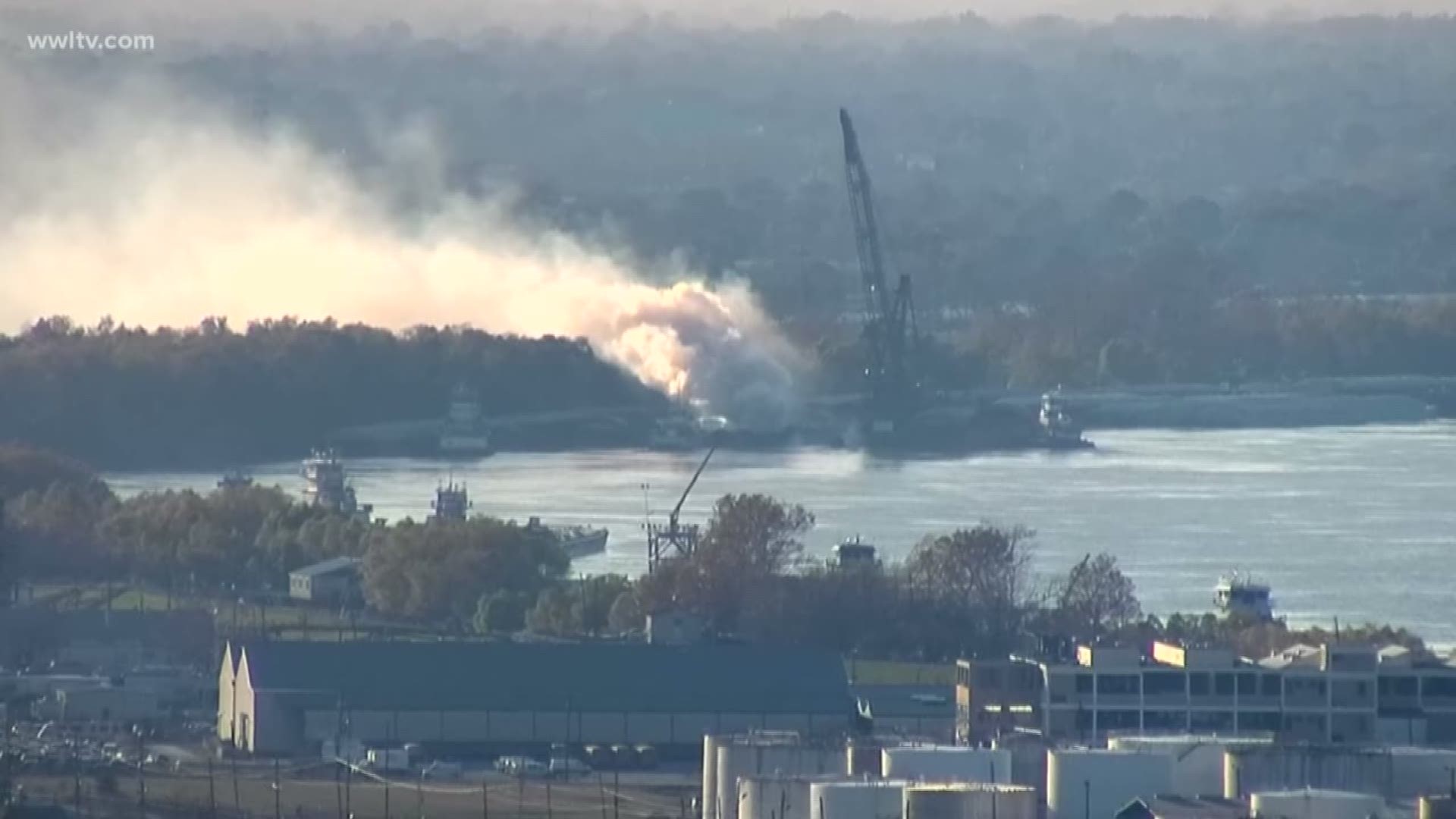 Smoke has been in the air all day due to a barge fire on the Mississippi River near Marrero.

According to Jefferson Parish Councilman Chris Roberts, the fire was reported around 2 a.m. on a barge docked in the river near the 7000 block of River Road.

Smoke seemed to intensify in the afternoon as crews worked to contain the fire, and after 5 p.m. Roberts tweeted that the fire was under control.

A fire boat is on the scene working to contain the fire. Officials say there does not appear to be any danger to the public at this time.