Barry update: We may have already seen Mississippi River at New Orleans crest at 16.9 feet

Heavy rain will likely make the river rise again, but only to about 17 feet or just above 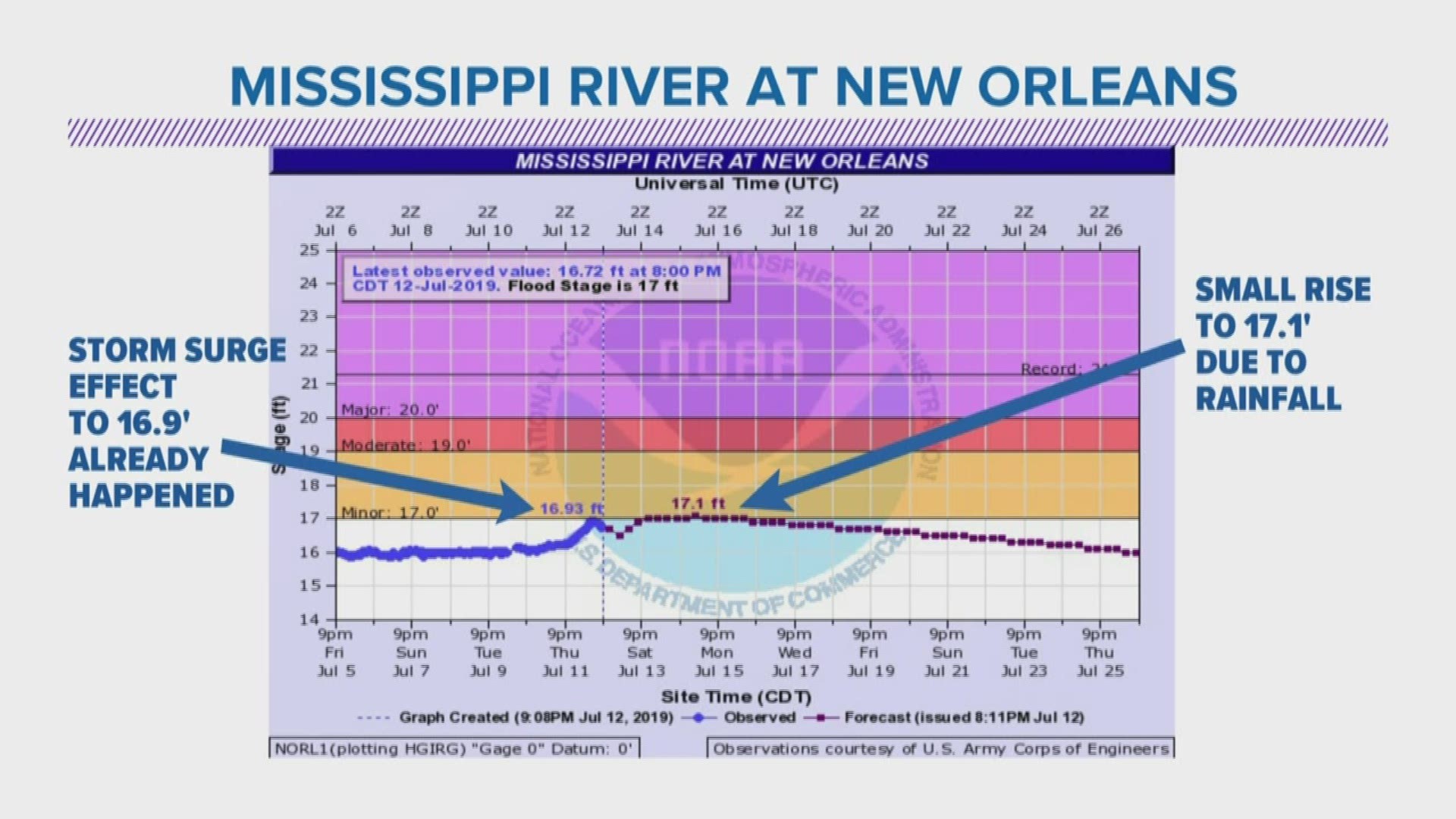 NEW ORLEANS — Hydrologists and meteorologists at the National Weather Service said the Mississippi River at New Orleans' Friday afternoon crest at 16.93 feet might be the highest the river crests during Tropical Storm Barry from storm surge.

There is still a chance that the river could rise slightly due to rainfall, though the amount of rain expected in New Orleans has continued to drop during the most recent model runs.

NWS said at about 10:30 p.m. the forecast crest for the Mississippi River is now 17.1 feet and will occur on Monday due to heavy rains expected.

If the crest is indeed below 17 feet, that would be nearly two feet less than what was currently projected and nearly three feet less than the projection just a day ago, which would have been a 70-year high.

The news is likely to be a relief to those on both sides of the river who have uneasily watched as it rose even from the high levels it has experienced over the past 8 months, levels that caused the Bonnet Carre Spillway to be opened twice in the same year for the first time ever.

POWER: Read the latest on the outages here.

The level of the Mississippi River in New Orleans as of 8 p.m. Friday was 16.72 feet.

Heavy rain will likely make the river rise again, but only to about 17 feet or just above  -- three feet below the 20 feet in which the city is protected -- NWS said.