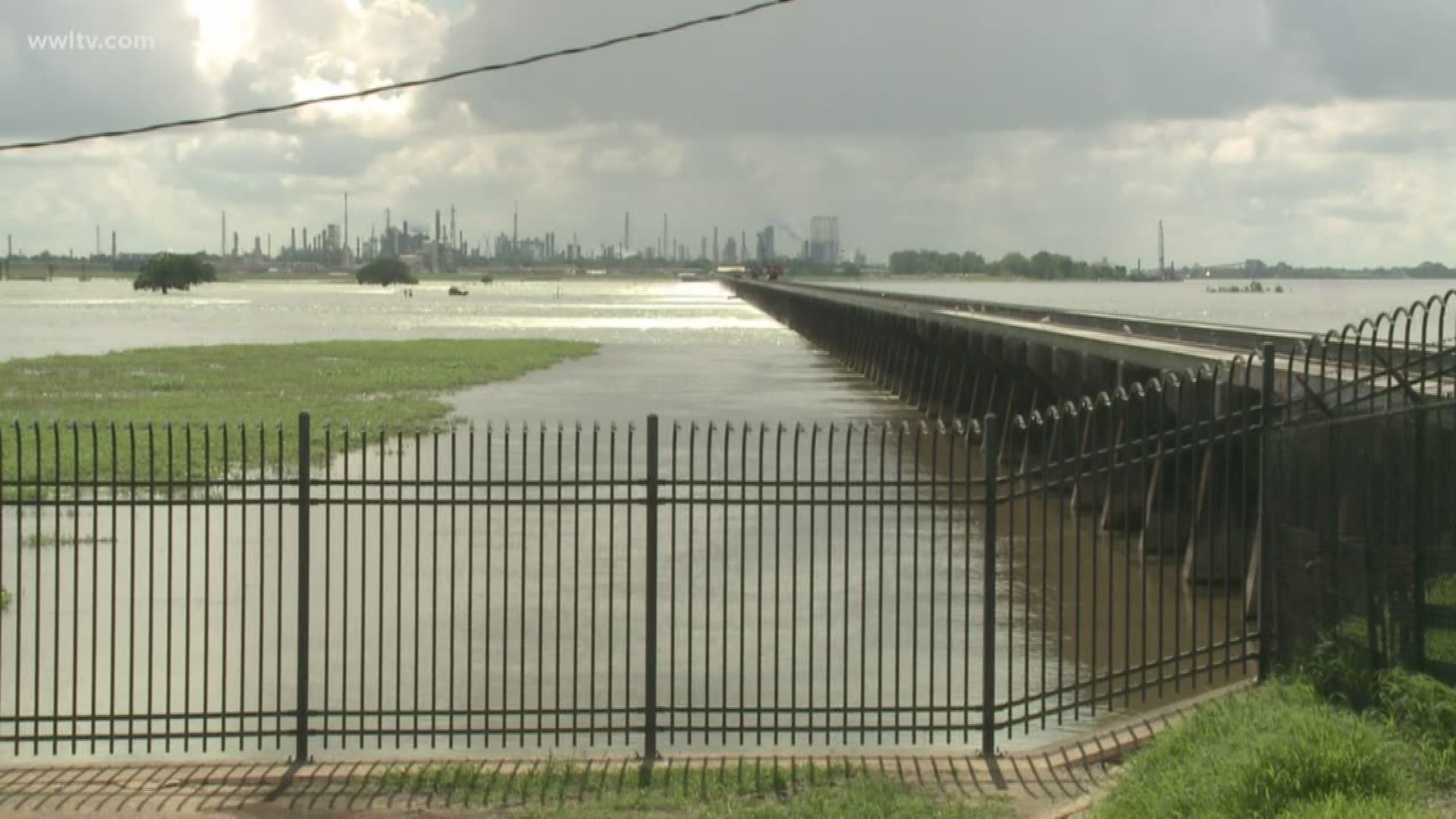 The historic high water flow on the Mississippi River that forced a second opening of the Bonnet Carre Spillway in May is finally starting to recede.

The Army Corps of Engineers is now slowing closing the structure.

Monday morning, crews closed 10 bays. It will take about a week to close the remaining 158 bays opened for this flood event.

"The river is trending downward across the valley and it looks like we might finally be close to the end of this historic and unprecedented flood fight," Army Corps spokesman Matt Roe said.

As of Monday, the spillway had been open a total of 118 days in 2019 over the course of two separate openings -- an unprecedented event. What's more, the second opening is set to tie the all-time record for longest spillway opening later this week (75 days), according to The Times-Picayune | The New Orleans Advocate.

"That's a good sign because you're stopping that part of the water," Gerica said. "But, we still got all the water from all the rivers all around the lake that's pouring in. Same thing with Mississippi, they've got all the river down that way. Just too much rain."

Gerica added that the damage is already done.

The opening has been linked to algae blooms in the lake and along the Mississippi Gulf Coast, beach closures and severe challenges for local fishermen.

"The oysters are dead," Gerica said. "Probably scrap out a little of the white season because there are a few white shrimp showing up in the far east of Lake Borne, right now."

Local leaders just returned from Washington D.C., where they lobbied the Louisiana Congressional delegation and the White House for federal disaster relief for area fishermen hurt by the spillway opening.

St. Bernard Parish Coastal Director John Lane was on the trip. He said they are urging President Trump to declare an emergency, which will trigger some federal assistance.

"We're not only looking for direct assistance for our fishermen, but also some infrastructure repairs," Lane said. "We're putting a spending plan together with Wildlife and Fisheries."

John Lopez from the Lake Pontchartrain Basin Foundation said this opening has been one of the most significant freshening events in recent history. He fears this could be the new normal.

"The fact that we've seen two openings in one year kind of tells us maybe there is more of this kind of thing to come," Lopez said.

In the meantime, Lopez predicts it could take about two months for the lake to return to its normal salinity.

"The lake, we think, will rebound pretty quickly," Lopez said." Once the spillway is closed, we think the salinity will come back."

Gerica knows it will takes some time for the seafood industry to rebound.

Just because the spillway is closing doesn't mean the threat of an algae bloom is gone: Algae could still develop for the next couple of months given the conditions, experts said.