Gretna Police say they are to create more efficient ways to respond to animal complaints. 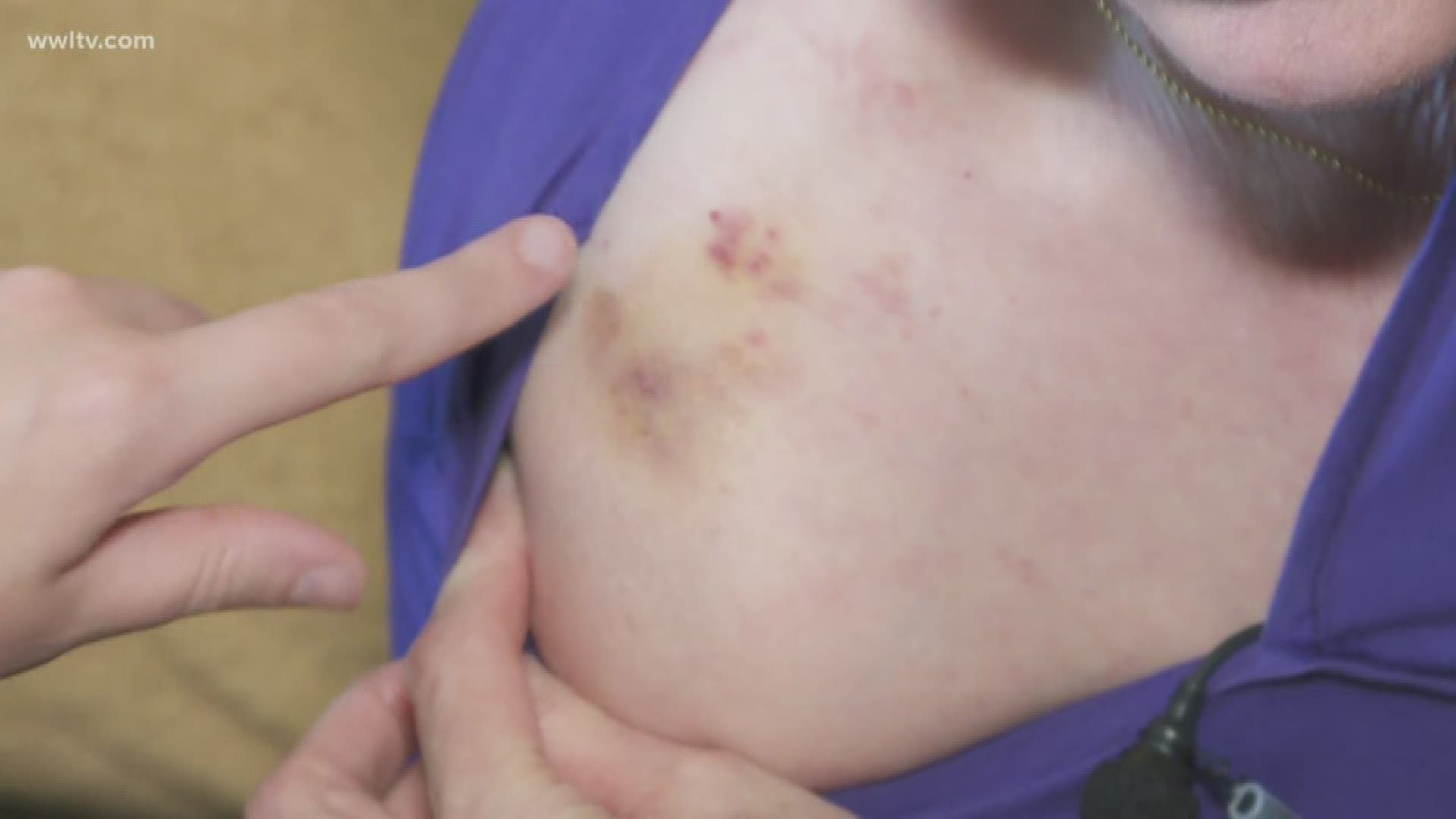 A pit bull bit a mail carrier on the head on Stafford Street in Gretna Saturday. That mail carrier had to be taken to the hospital in an ambulance. Jefferson Parish Animal Control seized that dog and Gretna Police cited the owner.

In a separate incident on the same day, two other dogs killed a family cat on Claire Avenue. Maureen Vincent says her 18-year-old cat Jessie was sleeping in a outdoor utility closet when two dogs came on to her property and attacked him.

Vincent and her husband don't have children, so they say the cat was like family to them. While she was attempting to save the cat she was scratched and bruised, but says what hurts is the memory of seeing her beloved pet attacked in front of her.

"There was a banging noise like meowing and growling," Vincent said. "I jumped up and went outside and I saw two pit bulls had him. I went into action and kicked one in the head, then leaned over and grabbed (Jessie) and picked him up."

Vincent said the dogs took off, but it was too late for her cat.

She called Jefferson Parish Animal Control. A public spokesperson for the county says that because the dogs had already taken off, they weren't able to take any action or seize the dogs due to a lack of evidence.

Gretna Police say before Saturday, they had received four other complaints about the dogs involved in the cat attack. After the cat was killed police issued a dog-at-large citation to the owner, but they said they are not able to file any charges against a person if their pet attacks another animal.

Jim Vincent, Maureen's husband, says more needs to be done to keep neighbors safe from dangerous dogs on the loose.

"I would like it to be a copy of the sex offender law," Jim Vincent said. "You'd have to register an aggressive dog to neighbors, to police and to the city and parish."

Police say if you are attacked by a dog, you should call both police and animal control to report what happened.