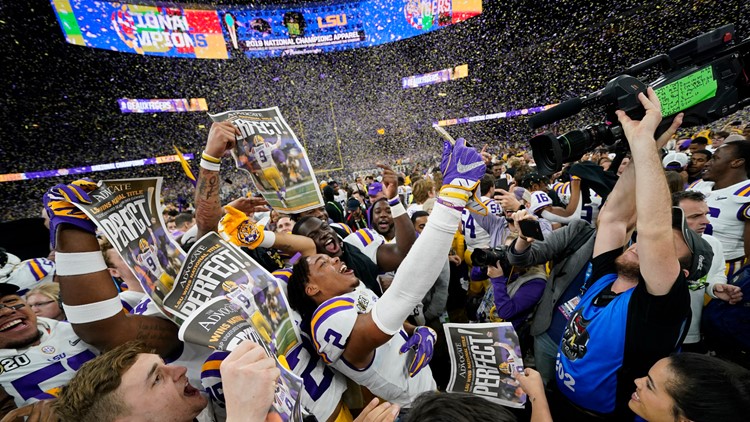 NEW ORLEANS — Monday night was exciting for so many people. However, for the LSU seniors on the team, it was bittersweet, because it was the last game of their college career.

"I sent him a little text and I said just enjoy the moment, a lot of people don't get here," said Michelle Fulton. "And just play your game, don't worry about anything else."

Monday's championship game was special for Kristian Fulton's mom, Michelle, who not only saw her son win big but also watched as he played out his dream.

Like other Tiger fans, Michelle was on pins and needles. She had been to all 17 games of Kristian's and couldn't help but think back to how he got there.

"Plenty of long hours, in addition to school and juggling all of that," she said. "It's all paying off in the end. You got a degree, you play in the National Championship and from what they're telling me he could go to the next level and be a top pick."

Fulton's next chapter brings new possibilities. And as this door closes, Michelle's advice to her son and others is to work hard and always live one day and one game at a time.

RELATED: Could this LSU team be the best ever? 'I think so,' says Coach Orgeron