New Beginnings charter schools CEO Michelle Blouin-Williams is under fire for alleged grade-fixing at Kennedy High and allegedly falsifying board records, but unlike one whistleblower, she will get paid during the investigation. 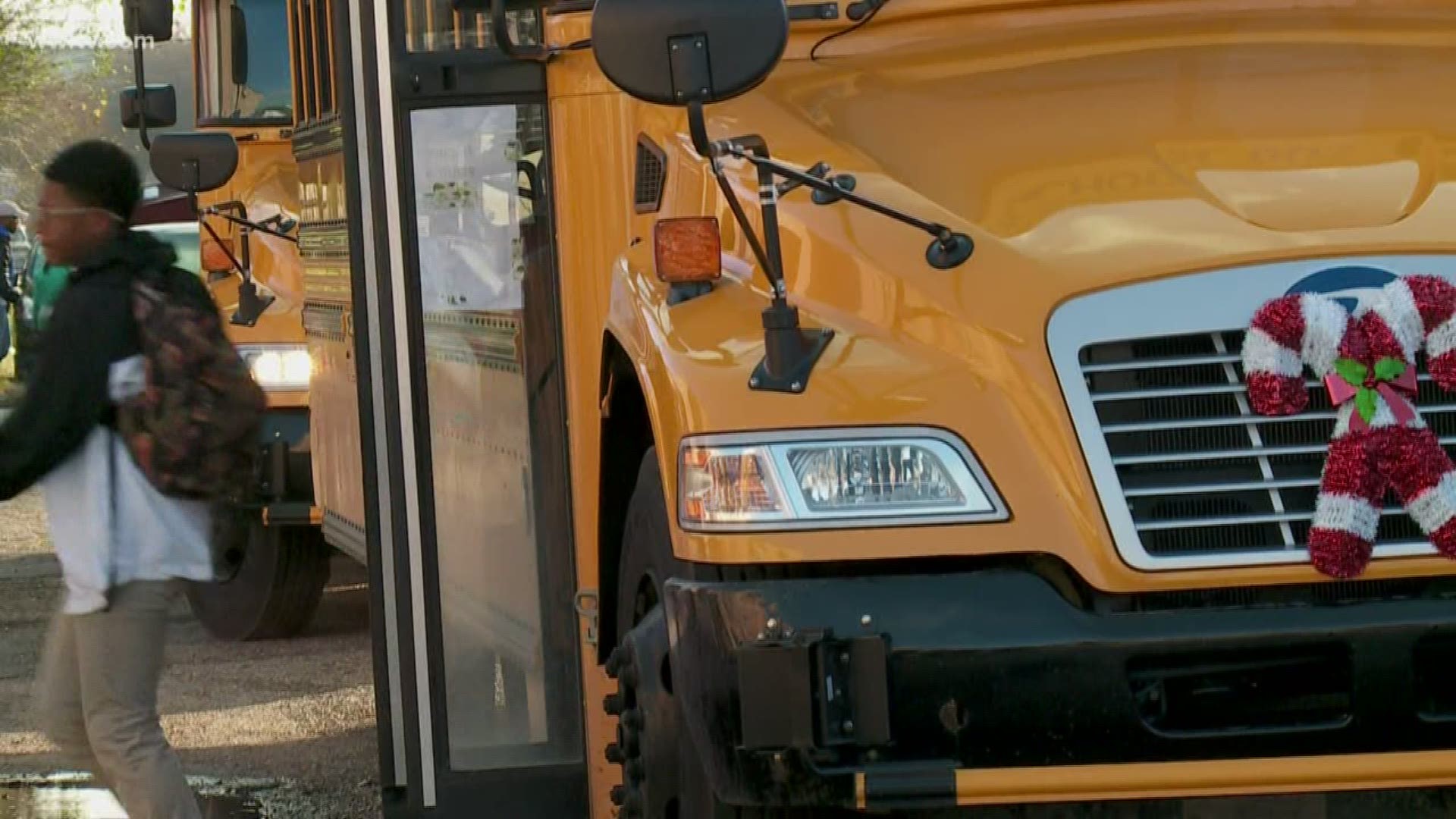 NEW ORLEANS — A New Orleans public charter school board hired an outside investigator Monday evening and placed its CEO on paid leave in response to allegations reported last week by WWL-TV.

In addition, the charter school's board met with various employees in a closed-door executive session during an emergency meeting at Pierre A. Capdau school in Gentilly. The board announced publicly that it was reviewing the actions of its CEO, Michelle Blouin-Williams.

New Beginnings' board approved the hiring of Adams & Reese law firm to conduct an independent investigation into allegations of grade-fixing at Kennedy High School, which were first reported by the nonprofit newsroom The Lens, and to look into allegations first reported by WWL-TV that Blouin-Williams falsified public meeting minutes to reflect that a school bus operator had been hired with the board's approval, when documents, recordings and interviews with witnesses indicate no such board vote was ever taken.

But Blouin-Williams will continue to be paid during her leave, while Runell King, the former New Beginnings executive who alleged grade-fixing at Kennedy, was placed on unpaid leave in February and then fired in March.

The Orleans Parish School Board closed its review of the grade-fixing on March 13, the day King was fired, but has now reopened it. OPSB Chief External Affairs Officer Avione Pichon said the school board is now looking into the allegations raised by WWL-TV about Blouin-Williams allegedly falsifying board records. 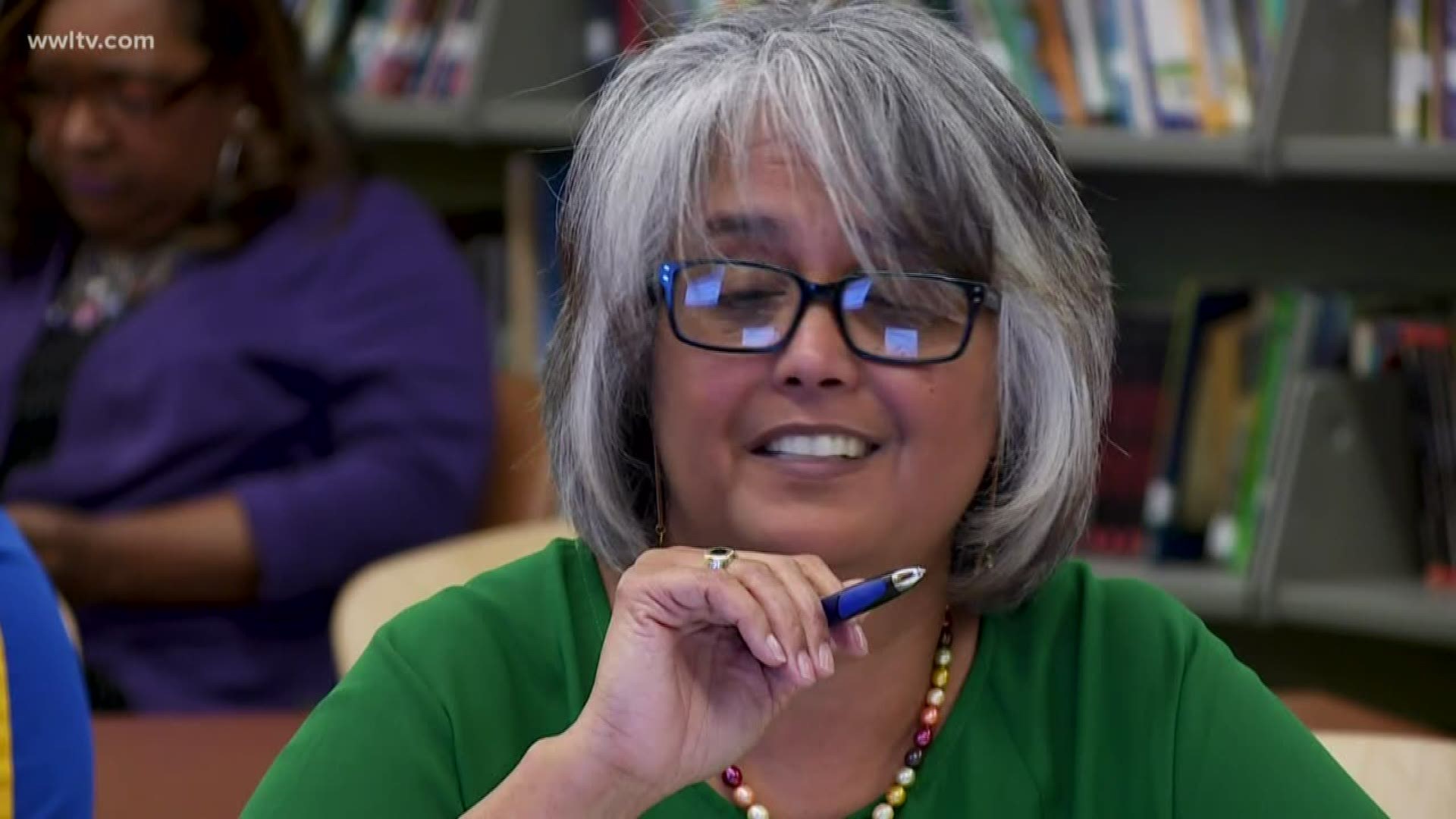 “I mean, this is so high-risk, so reckless to create false insurance documents and drive around with children on the bus with no insurance!” Donelon told WWL-TV for a story that aired March 25.

Then on March 28 came allegations from King, New Beginnings' data director, who was fired after telling Blouin-Williams that someone was using an expired computer login to turn Fs into Ds at Kennedy High School. He presented documentation to back that up, plus he recorded a conversation with a former teacher who said the grades were changed without her knowledge.

“I will never be able to sit in a position and know that wrongdoing is happening to children and know that students are at the center of an injustice,” King said.

And finally, on March 29, WWL-TV reported an anonymous ex-employee's allegations that Blouin-Williams changed the board’s meeting minutes, a year after the fact, to make it look like the board had approved Scholars First's contract in September 2017.

“That is a falsification of records. It never occurred,” said the former employee, who spoke on condition of anonymity because she feared Blouin-Williams could ruin her career.

Defense attorney Robert Jenkins told Eyewitness News that he has been retained by Blouin-Williams.

Jenkins is best known for having represented former New Orleans Mayor Ray Nagin when he was convicted on federal corruption charges in 2014.

Former New Beginnings board chair, Leslie Bouie, said she did not recall ever approving Scholars First’s contract, even though the minutes created a year later said she made the motion to do so. WWL-TV reviewed the official recording of the entire 61-minute board meeting and found no such vote took place.

What’s more, Bouie questioned why the minutes would indicate the contract with Scholars First was brought to the board as a “proposed contract” in late September 2017 if the contract was signed and executed by Blouin-Williams on Aug. 1, 2017, almost two months earlier.

Blouin-Williams told WWL-TV that New Beginnings did not have a recording of the meeting in question. State public records law requires such records to be kept for at least three years.

WWL Legal analyst Chick Foret says all these issues should be investigated by a criminal grand jury.

Blouin-Williams declined to comment Thursday when WWL-TV laid out the allegations against her.

Current board chair Raphael Gang referred all questions to Blouin-Williams at last week's meeting, even though the allegations are against her and she works for the board. Monday, Gang ran the meeting and told the public the board was "excited" about "creating a space" for the Adams & Reese investigation to be conducted fairly and impartially.

"Completely independently, without influence from Michelle, her team or anybody on the board or anybody outside of the board as well," Gang said.

Foret said the hired investigator is important, but an independent criminal investigation is likely in order, too. He said it could fall under federal jurisdiction because federal education funding is used to help pay for school bus services at the charter schools.

“Somebody has got to investigate all of these issues because there are multiple crimes on the state and federal level that are alleged to have been committed,” Foret said.

"The practices are not consistent," King said. "I was suspended without pay for a less egregious allegation and she’s being suspended with pay."

WWL-TV asked Gang if such disparate treatment is fair: "We’ll release a statement where we talk about our process for moving forward. That’s all I can say right now," he said.

New Beginnings has not finalized its contract with Adams & Reese yet and the terms of payment were not disclosed.